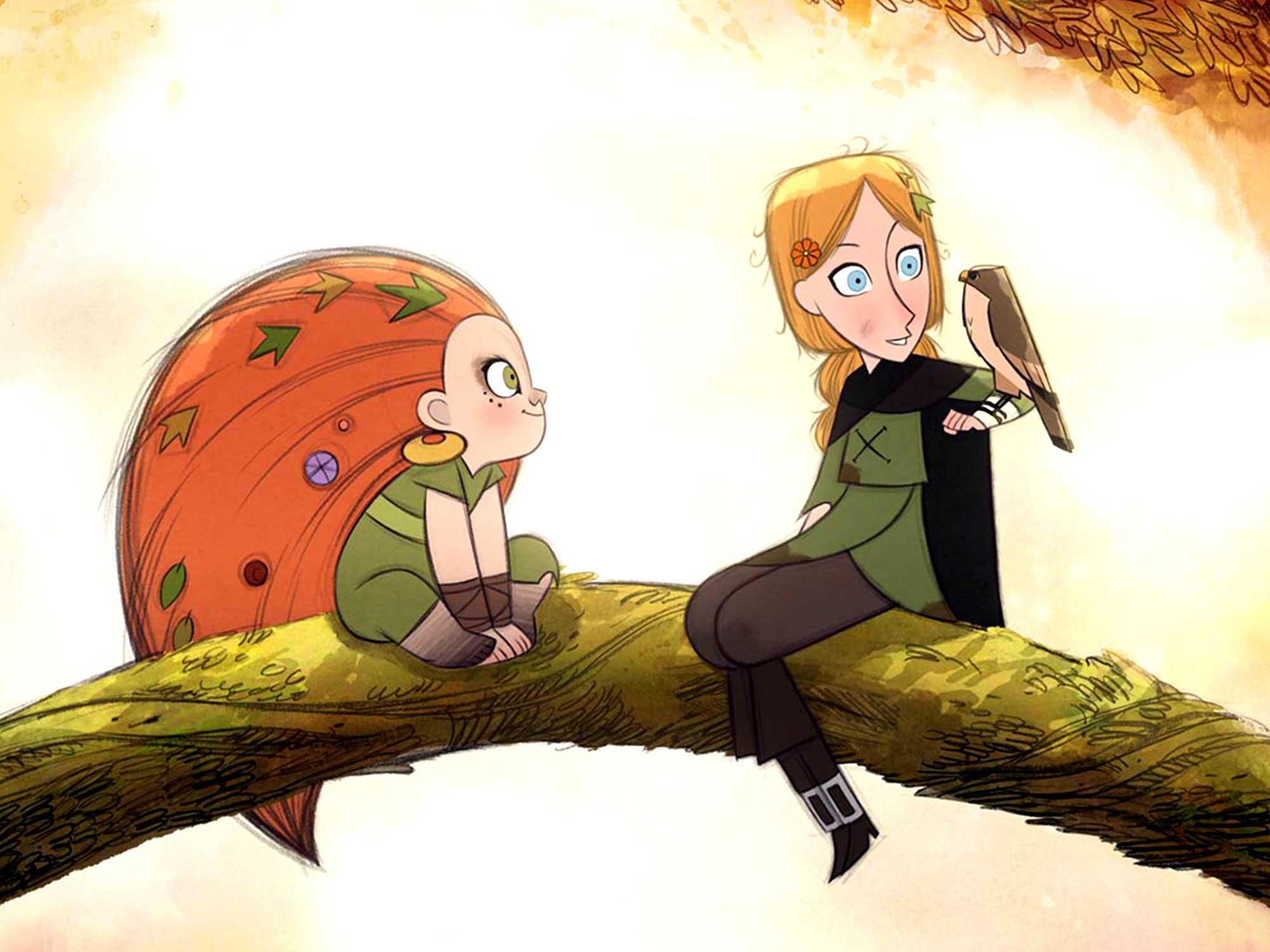 The colonialist idea that land is meant to be tamed and controlled has a long history, one that continues to haunt us to this day. For this very reason Wolfwalkers, the latest from the acclaimed Irish animation studio Cartoon Saloon, feels urgent and contemporary despite its medieval context.

The set-up is an enthralling combination of children’s folktale and an empowering rewrite of Irish history. Set in Kilkenny (where Cartoon Saloon itself is based) during the Cromwellian conquest of Ireland, the film sees the occupying English forces seek to wipe out the wolves in the surrounding forest so to better enable their deforestation. This is complicated difficult by the rumoured presence of wolfwalkers, humans with the power to leave their bodies in their sleep, and become wolves themselves.

The divide between the ‘civilised’ and the natural is embodied in the film’s very construction, with its contrast of swirling forests that seem to emulate traditional Celtic spirals with the more rigid town, more geometric in its makeup and built to resemble a cage when viewed from far away. The intentional flatness of the town is even more striking when presented against the depth of the film’s utterly gorgeous ‘wolf vision’, which melts away the colour of the city for its own contrast of grey background and multi-coloured lights resembling smells and sounds.

This deliberately contrasting style comes down to the characters as well – the inhabitants of the city (or “townies” as Maeve calls them) drawn with sharper lines and angles, the wolves and the wolkwalkers with sketchier and more free flowing linework. The art direction and character design of Wolfwalkers is simply astonishing throughout – pulling not just from the interlocking spirals and natural patterns of Celtic art but also the flat art of tapestries and woodblock print, Moore and Stewart deftly and often experimentally drawing on various art styles beyond those of Irish history and Western animation.

Chief among those inspirations, as with Song of the Sea before it, might be the work of Studio Ghibli. The intentionally rough pencilling recall that of Takahata Isao’s The Tale of Princess Kaguya, while its narrative might recall Princess Mononoke for some, with its tale of lupine resistance to imperial forces levelling forests in a quest to exert control over nature. While the comparison of their work to that of the Japanese studio is probably a little worn out by now, Wolfwalkers is knowingly evoking these works in the most important, invigorating ways.

In the same manner as those films, Wolfwalkers is embedded in the perspectives of its children – the sheltered daughter of an English hunter Anna and the wolf walker Maeve – who are the ones who see morality most clearly, as the adults of the world are blinded by ambition and tenets of fealty to their masters.

Likewise, Moore and Stewart trust in the emotional intelligence of children to process what turns out to be a pretty bleak second act as Cromwell’s tyrannical quest to tame the forest gets increasingly severe, with the real threat of stockades and death looms over Anna and her father.

Of course, it’s also a playful and joyous cinematic experience; the threads that Moore and Stewart and screenwriter Will Collins weave together feel nothing short of magical. As a whole the revisionist history of Wolkwalkers is rousing, empowering in its belief in the need to fight for the environment, and belief in the capability of the current generation to do so.