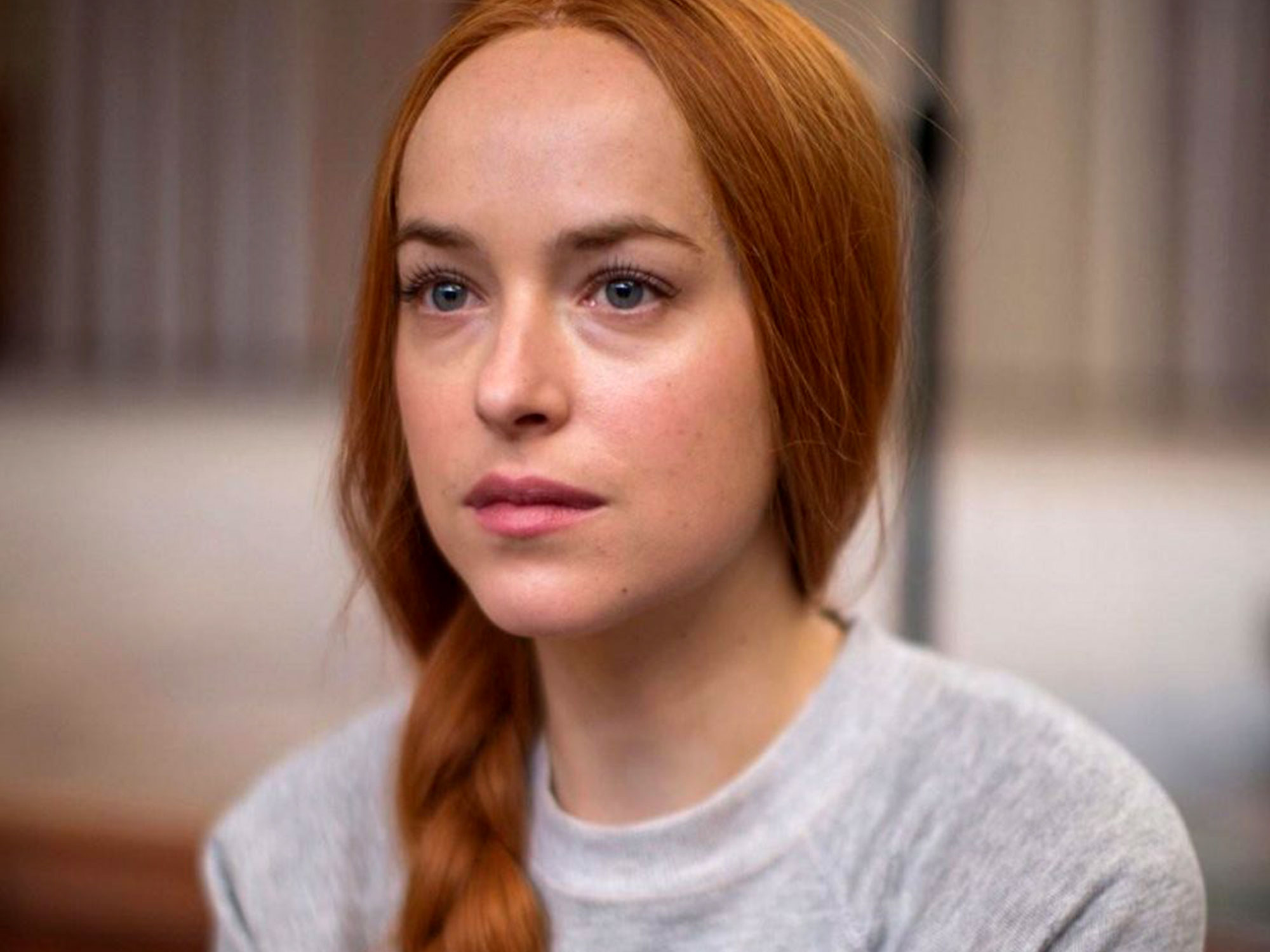 Susie Bannion is born unto us as a hesitant girl navigating the Berlin U-Bahn. With her clunky bag and map in hand, it would be easy to mistake her for a scared freshman university student attempting to make it on her own for the first time. This early sequence in Luca Guadagnino’s Suspiria remake (or, as he called it, an “homage”) is deceptively average, much like Susie herself. She is a lapsed American Mennonite whose only outstanding traits appear to be her dancing ability and the glint in her eye. However, under Dakota Johnson’s deft hand, that hint of quiet ambition reveals itself to be something darker and more liberating.

It is clear early in the film that Susie is eager to prove herself. As she rehearses the Volk dance with vigour, her body unknowingly contorting for the devious purposes of the coven, we can sense something awakening in her. Johnson breathes animalistically, her face becomes steel. She grows ever more sure of herself, and her physical capabilities reveal a greater inner power than anyone may have anticipated. Her experiences are visceral, from the rehearsals to the night terrors she experiences, every moment in service of something bigger than herself. “I wanna be this company’s hands,” she says, a breathy exclamation of desire to hold the power of the coven and mould it like clay. Scene by scene she becomes more present, more in control of her own narrative.

In her performance, Johnson emphasises subtle characterisation. Shy smiles and quiet mumbles soon give way to intense eye contact and ardent suggestions to her superiors, sometimes in the same scene, as in the office meeting with Madame Blanc (Tilda Swinton). It is here that her multitudes are most keenly felt, shifting to the centre of the room as she plainly reveals – her eyes trained on Blanc’s every move, a smile playing on her lips – that she used to sneak off to New York City to watch Blanc dance. 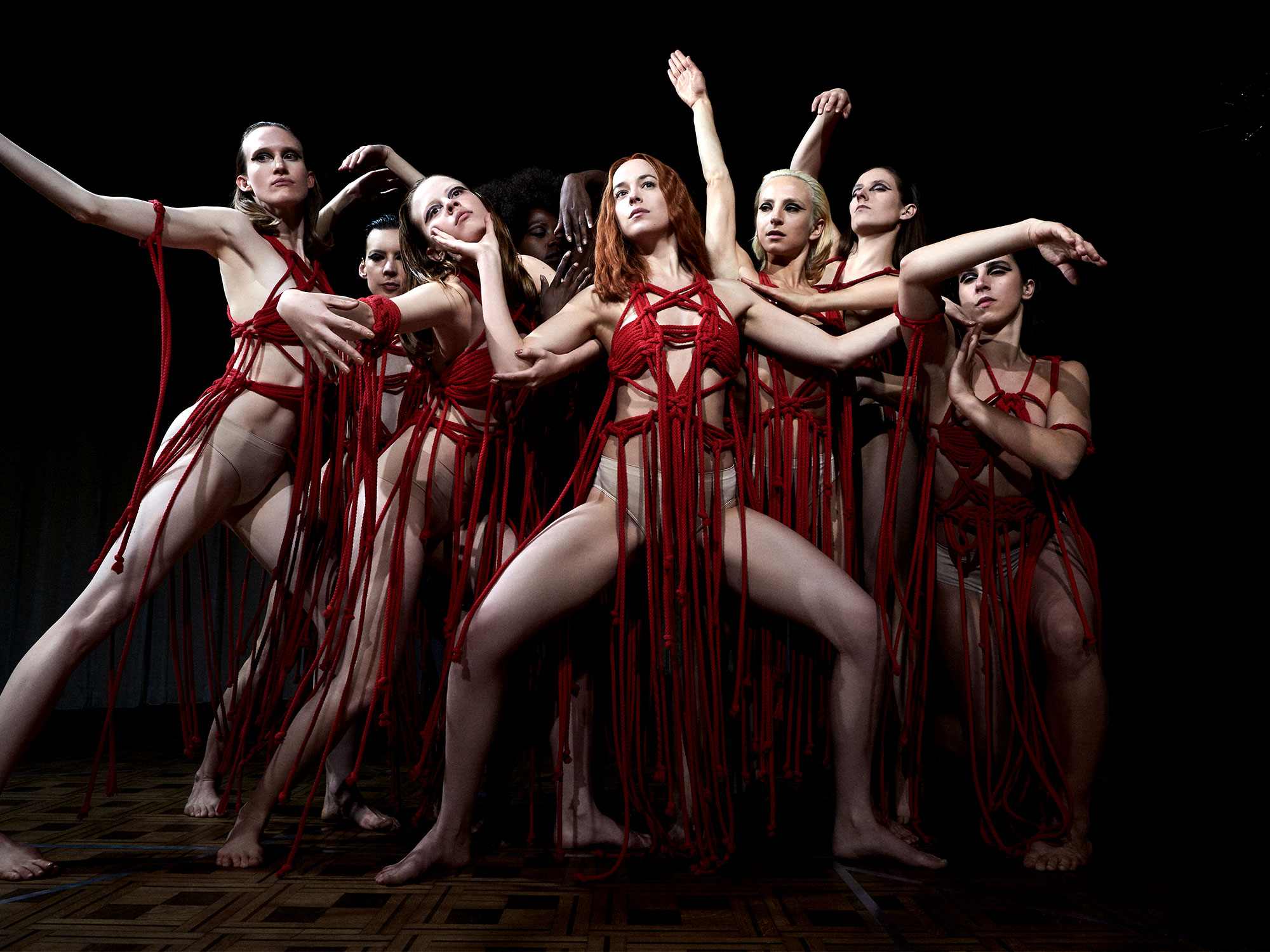 Though the Volk recital is a narrative turning point, Susie’s transformation has already begun by this point in the film. Incremental changes, signalled through increasingly assured movements and Johnson’s disconcerting gaze, build to the reveal of Mother Suspiriorum until there is no other rational conclusion. Her nervous energy is replaced with a sense of purpose. Who else would be strong and yet unassuming enough to destroy Markos’ reign of terror? Johnson is the most disorienting thing about the film, always changing and throwing us off balance as she slowly overwhelms us with a darker, more commanding presence.

We all have aspects of ourselves that seem to come out of nowhere; creative passions, sexual orientations, desires to be something different than life seemed to have planned for us. As Susie chases her own desire, she grows into an innate power that she chooses to use to create a more just world. It’s no wonder Johnson has amassed a dedicated following of young queer women who relate to Susie. Like them, she had to go through many small epiphanies to accept her true identity and worth. Susie’s place as a woman who lives among other women, and expresses no interest in men, only adds to the parallels between her arc and the journey of queer womanhood.

To lend further credence to this, Susie rejected her conservative upbringing in favour of moving to Berlin to attend an all-girls school. The kindness and camaraderie she shows classmates Olga and Patricia is heartfelt, and the relationship she has with Madame Blanc is somewhat sexually charged. Her place as Mother Suspiriorum is one of homosocial bonding and dedication to women’s lives, while her slow realisation of who she is parallels that of many women coming into their sexuality.

In Guadagnino’s world, Susie is Mother Suspiriorum, one of the Three Mothers whom the coven of Markos Dance Academy worships. This interpretation is different from the original Suzy, who remains an outsider to the coven in Dario Argento’s version. It is what separates this film from the straightforward gore and showmanship of its predecessor. Perhaps it wasn’t what some Argento devotees craved, but this new vision of Susie Bannion has resonated with me and many other women attempting to come into our own.

During the final sabbath, Susie is at her full power, having decided that she will fulfill her destiny, and that it will be beautiful. The destruction of the cult provides catharsis for her, signalling an end to everything that she thought she knew. The power being abused in her vicinity had to be taken down for this to be achieved, just as capitalist corruption, exclusionary feminism and fascism must be dismantled for true women’s liberation. She aligns herself with the victimised women of the cult and grants them the merciful death they crave. In the aftermath, she dances with the remaining women, embracing the freedom of a life without subjection. The scene is brutal but she grounds it with her slow movements and gentle tone.

In doing so, she became her own mother, granting herself and others the radical acceptance she had previously been denied. “I am she,” she intones. It’s a weighty statement of identity, one that clearly resonates with queer women as a moment of transformative personal growth. The possibilities opened up by watching Susie at the height of her power are electrifying. What can we become if we accept certain truths about ourselves? If we define ourselves on our terms as Susie does? It may be frightening and physically exhausting, but to accept the allure of our own innate power is to embrace fate.

The post Why I love Dakota Johnson’s performance in Suspiria appeared first on Little White Lies.