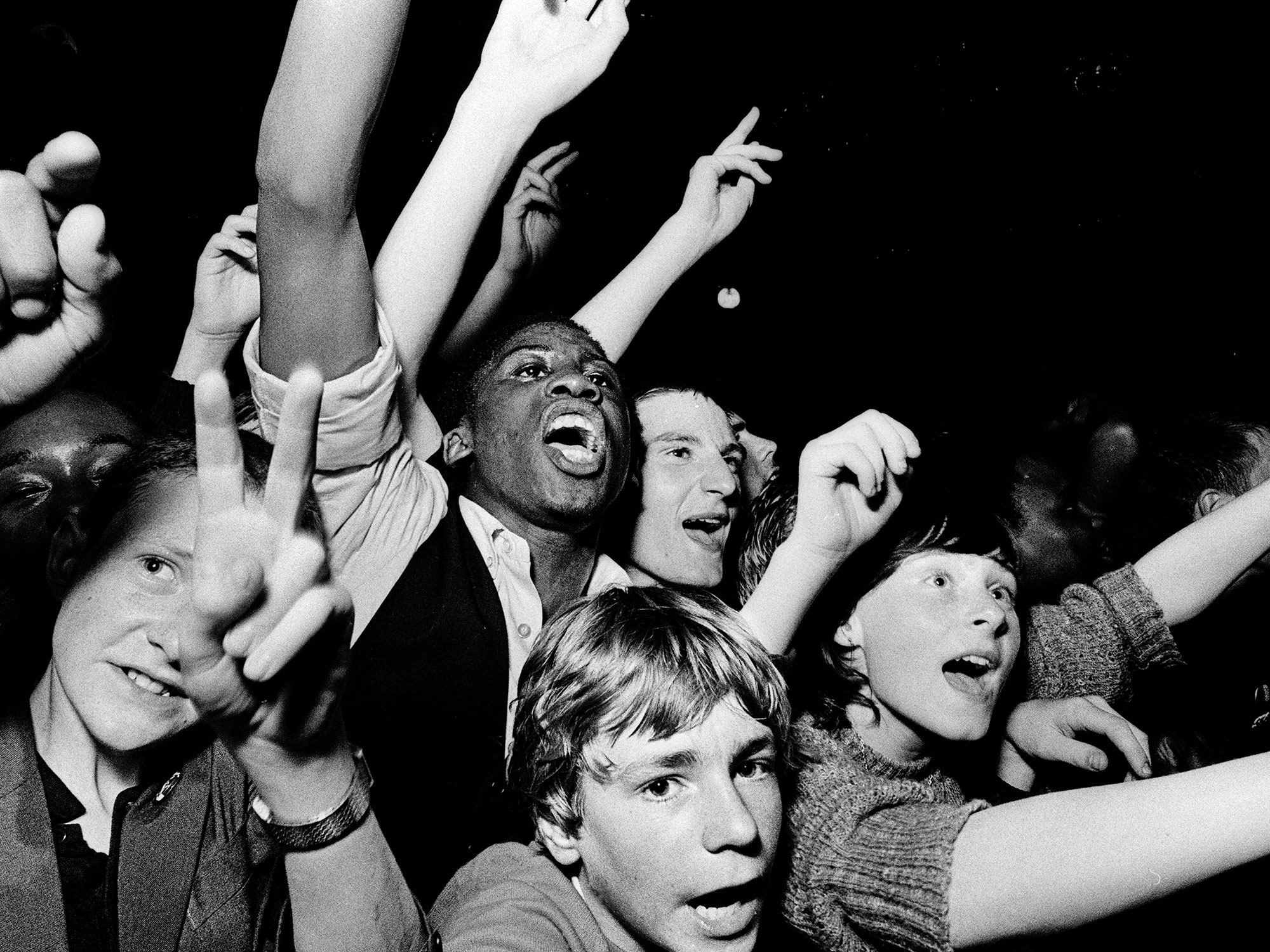 “Do we have any foreigners in the audience tonight? If so, please put up your hands. Wogs I mean, I’m looking at you […] Wherever you all are, I think you should all just leave. Not just leave the hall, leave our country.” That was Eric Clapton addressing his fans at a gig in Birmingham on 5 August, 1976.

It was rock’s ‘Rivers of Blood’ moment; indeed the former Cream frontman urged the crowd that night to support Enoch Powell. Clapton’s racist tirade was as shocking 40 years ago as it is now, yet such rhetoric continues to be used by contemporary public figures, stoking racial tensions in a nation built on the fallacy of white exceptionalism.

The response in ’76 was swift. ‘Rock Against Racism’ had been conceived some months earlier, but it was Clapton’s rant which ultimately led Red Saunders, Roger Huddle, Jo Wreford and Pete Bruno to stand up to the rise of far-right populism.

Rubika Shah’s incisive documentary chronicles the history of RAR from its early days as a grass-roots protest movement, putting on fundraising gigs across the country and launching a punk fanzine, to its pinnacle in the spring of ’78 when more than 100,000 people marched from Trafalgar Square to Tower Hamlets in East London, where the National Front had won 17 per cent of the vote at the recent byelection.

Much of the second half of the film centres around The Clash’s performance at the now legendary open-air concert in Victoria Park, and there’s great archive footage of the support acts from that day too: Steel Pulse, X-Ray Spex, the Tom Robinson Band and Sham 69’s Jimmy Pursey. Various talking heads associated with the occasion reflect on its legacy, adding invaluable insight while serving up a few choice soundbites.

But Shah’s masterstroke is the inclusion of slogans used by fascist groups of the time, some of which feature remarkably similar language to modern campaigns by pro-Brexit parties. Just as beats were used to fight bigotry, it’s good to see film being used to the same ends today.