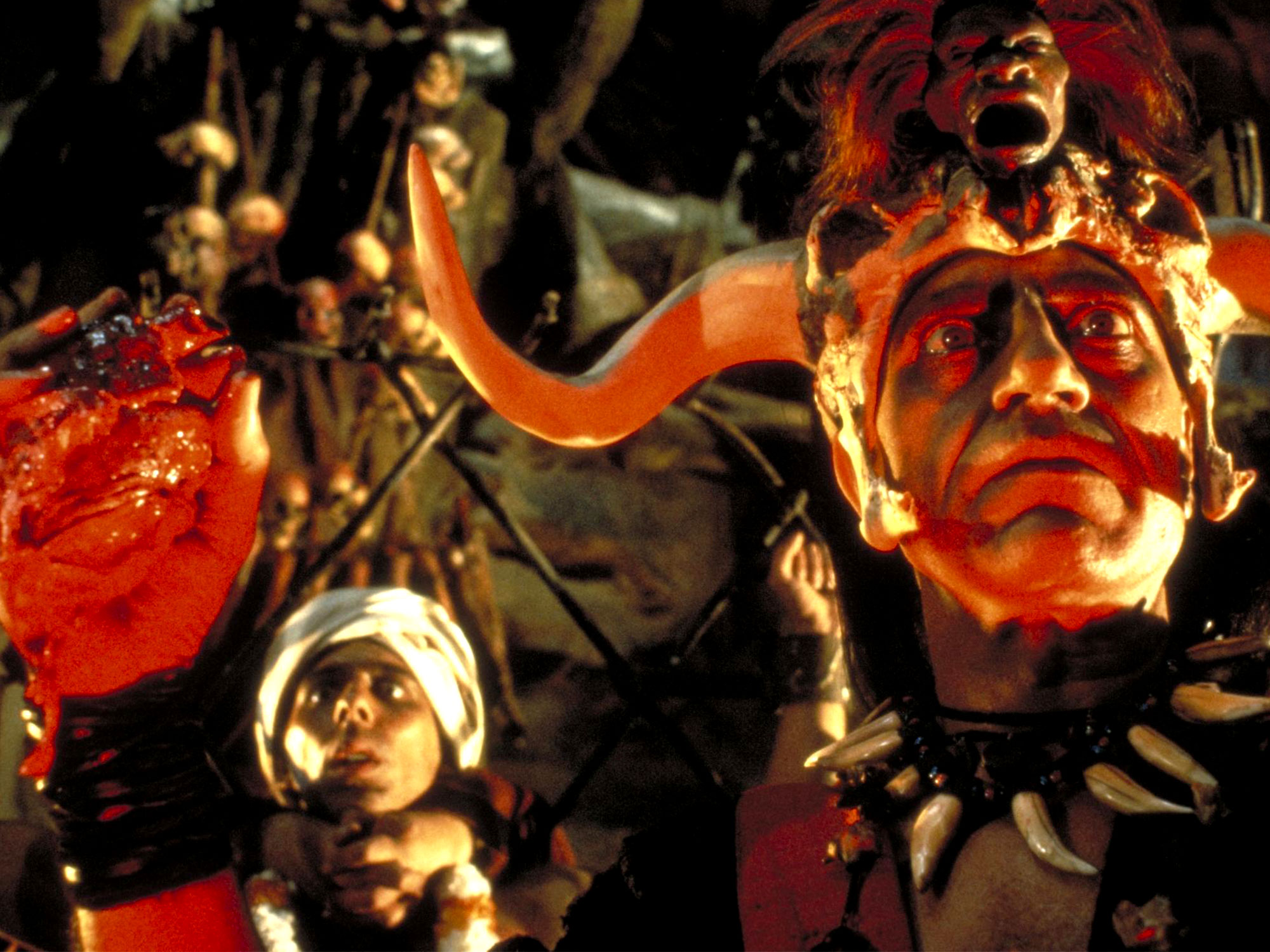 It’s a muggy afternoon in 2009 and I’m sprawled out on my couch rewatching Raiders of the Lost Ark with my dad. I cover my eyes every time there’s a snake on screen and I laugh at all the right moments, even if I don’t understand the jokes. My childhood was peppered with Indiana Jones marathons: pure, unadulterated, whip-cracking fun. But it took me a while to realise that the second film in the original trilogy cared more to insult than entice me. This was disheartening to say the least.

From its very beginning, it is apparent that Indiana Jones and the Temple of Doom is a film made by people who know very little about the culture they are depicting. The trouble begins when Indy, Shorty and Willie Scott find themselves in an impoverished Indian village, conveniently in dire need of a saviour to retrieve their sacred stone.

This overarching theme of white saviourism – which is an issue in and of itself– is quickly eclipsed by the flagrant racism in perhaps the worst dinner scene in movie history. The trio make their way into the Pankot Palace, where they are served live baby snakes, beetles and eyeball soup, followed by chilled monkey brains for dessert (served straight from the animals’ decapitated heads, no less).

The film mobilises its Indian characters with childlike irresponsibility, caricaturing both cultural and religious beliefs for cheap laughs. And as usual, Indians are the punchline. Later in the film, the leader of the Thuggee cult, Mola Ram, performs human sacrifice (as in, ripping out a man’s heart with his bare hands) for the Hindu god of death. This entire sequence speaks to the film’s insularity towards Indian culture; cherry picking the myths that cultivate the most dangerous and savage image possible for the sake of furthering its messy narrative.

Even more offensive than the racially-charged aspects of Temple of Doom, however, is the general disregard for cultural accuracy. It should be noted that the Indian government raised their concerns over the script, deeming it “offensive”. Instead of fixing or even toning down the more insulting aspects of the story, the production simply shifted to Sri Lanka. This duplicitous move cost the film nothing in terms of box office numbers; Western audiences ate it up like so many Indians apparently chow down monkey brains. They simply did not care about the racial implications, and most likely believed it to be true.

Indians and non-Indian South Asians have been repeatedly mocked and discriminated against throughout cinema history. Think of Peter Sellers’ brownface and lampoon-ish antics in The Party and The Millionairess (two for one!), or Shirley MacLaine playing an Indian princess in Around the World in 80 Days. While Hollywood chose to devote no space to actual Indian actors, Indian culture never escaped scrutiny on screen. Even when it became less fashionable for studios to hire white actors to play people of colour, the same negative connotations surrounding them persisted. Temple of Doom is merely symptomatic of a much deeper Hollywood issue: South Asians are seldom granted screen time, and when we are, we probably wouldn’t want it.

The issue with Steven Spielberg’s film in particular is that it remains a cult classic to this day. Some sincerely revel in the film’s aggressively campy gore while others just tolerate it for the sake of Indy’s heroic stunts. While Spielberg has acknowledged Temple of Doom to be the black sheep of the franchise, it is sandwiched between two beloved classics: Raiders of the Lost Ark and The Last Crusade. Accordingly, it is not uncommon for the entire series to be praised and the wrongdoings of the racist middle child to be absolved. We can still enjoy these films, but there needs to be better education about the harmful tropes that have contributed significantly to Hollywood’s long-standing Hinduphobic rhetoric.

Indians deserve to be represented on screen with the complexity that we possess, not the unidimensionality that is thrust upon us. It’s Dopinder in Deadpool. It’s Hank Azaria voicing Apu in The Simpsons. It’s me being able to list all of the positive televised depictions of Indians on one hand. While Hollywood is creeping towards becoming a more promising avenue for people of colour, sincere South Asian representation can only become a reality once we unearth the harsh prejudices embedded within the movies we know and love.

The post We need to talk about Indiana Jones and the Temple of Doom… appeared first on Little White Lies.