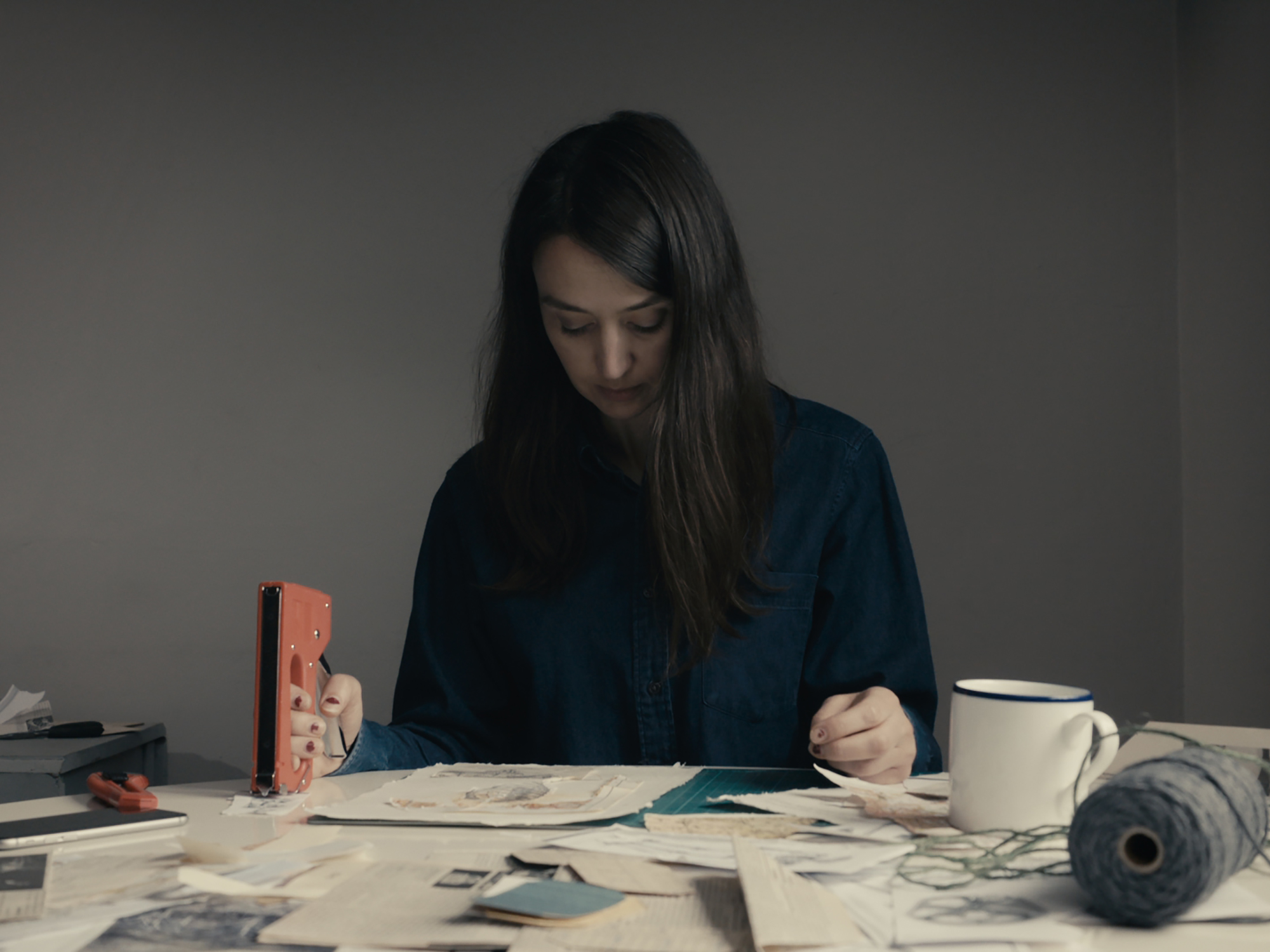 It’s down over four months since lockdown officially began, although many of us have been stuck inside for longer, and even now with the government cajoling us to “Stay Alert > Control the Virus > Save Lives” by nipping down to Primark or consider returning to the workplace in order to boost the crippled economy, the reality is, a lot of people are still spending the majority of their time at home.

Personally I’ve been using the time to catch up on all the prestige television I’ve missed over the past two years and to clear out the attic, but filmmaker Sam O’Mahony set himself a more creative challenge: to create a  short about the current situation that avoided the tropes that have become so prevalent recently: to-camera monologues, zombie apocalypse plot lines, and (bafflingly) extremely lo-res webcams.

“Those initial few weeks of lockdown, I was about to go and do a music video and my partner Lisa was about to film this Netflix show,” Sam explains, “and there was this very reactive thing where a lot of actors were suddenly doing their own bits in front of webcams and making bits about zombie apocalypse. I didn’t want to get involved, I didn’t want to be part of this bad filmmaking movement. But after a few weeks, there was a desire to make something that used cinematic language, that had motivated characters. We can still be ambitious, even with very limited resources.” 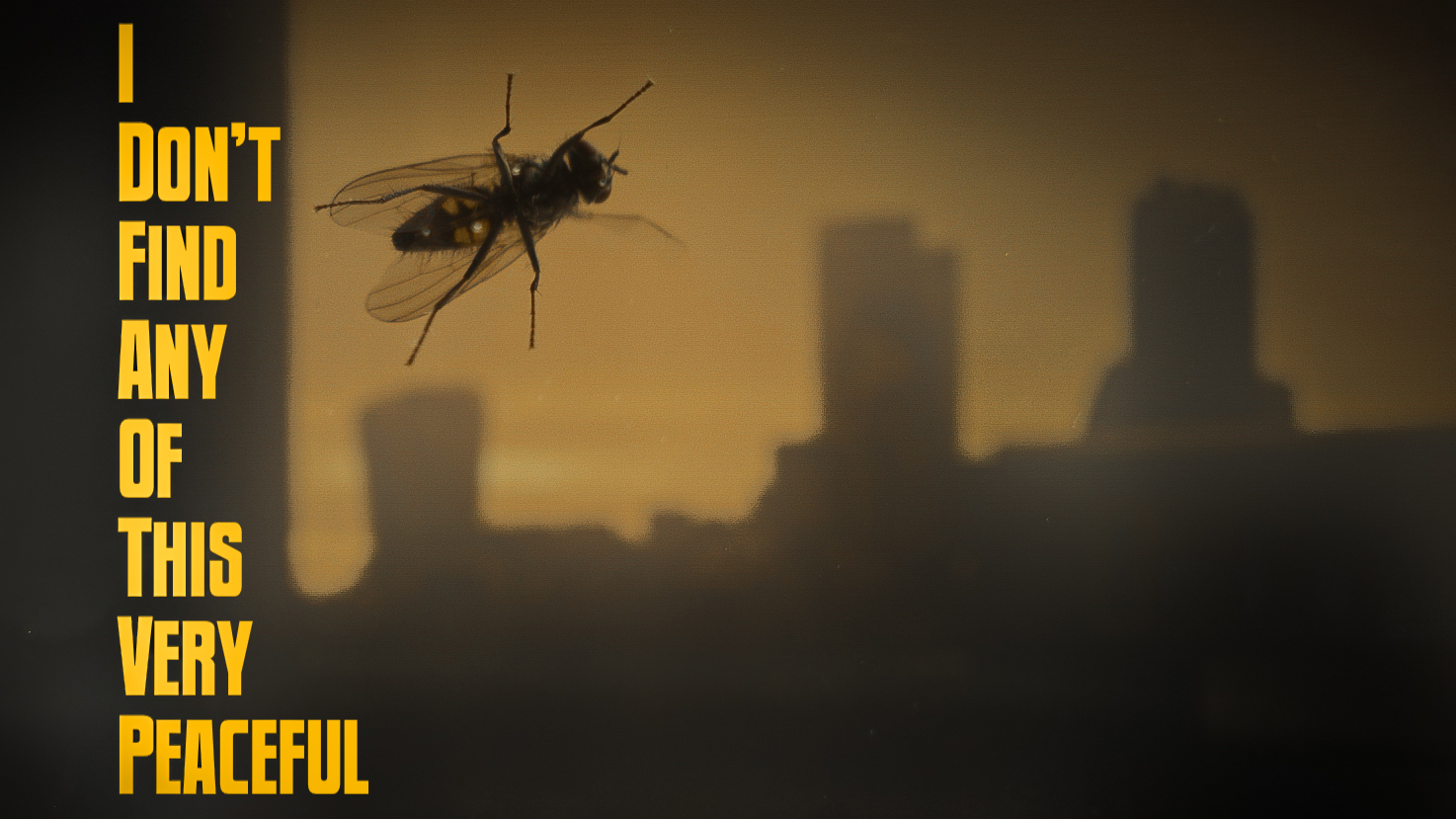 The result is I Don’t Find Any of This Very Peaceful, a film conceived, scripted, shot and edited on location in Sam and Lisa’s flat, in just seven weeks. Inspired by the master of modern realism Michael Haneke, Sam was interested in grappling with the interiority of the pandemic: how our anxieties have manifested beyond the compulsion to watch Contagion or 28 Days Later again.

Katharine, an artist (played wonderfully by Lisa Dwyer Hogg) is isolated in her flat, worried about a missing partner and fielding phone calls from her mother who seems to have a very different perception of the pandemic. When a visitor comes calling, Katharine is forced to confront her demons. It’s am ambitious, expertly-executed bit of filmmaking, all the more impressive given the difficult circumstances of its origin. But how does one go about making a short during a pandemic that doesn’t feel hindered by the environment?

“It’s difficult, because if you have other voices physically in the room, you can recognise when you’ve shot enough,” Sam admits. “I had to split my head up into departments, so I was mentally handing the script over from the writer to the designer to the production manager who was sticking Post-it notes all over the apartment. And living in the world that you’re editing, you walk from the edit suite back onto the set essentially – so there’s always a voice in the back of your head saying “Well, I could go back and shoot more.”

But the end product speaks for itself. I Don’t Find Any of This Very Peaceful is a great piece of filmmaking, pandemic or not, and if you’re considering picking up a camera yourself to document the strange new world, Sam has some advice: “You have to be ambitious– there is no point in doing it otherwise. But be strict with how you’re going to make it, plan it properly. If you act like you’re making a film with a fifty person crew, and work towards that level of logistics and everything else, then just strip it down, you can achieve so much.”

Check out the short film below, and let us (and Sam!) know what you think.