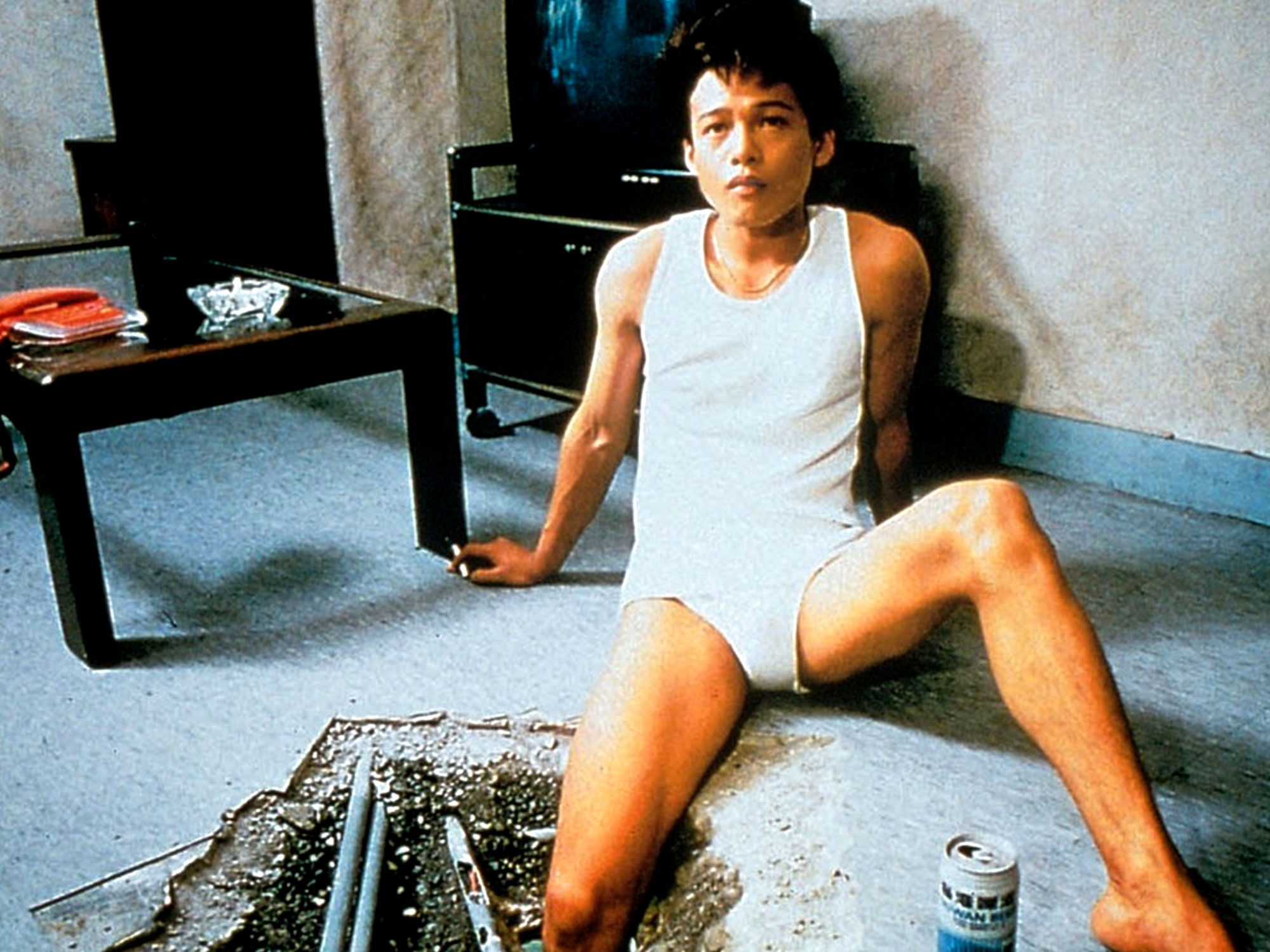 Taiwanese filmmaker Tsai Ming-liang’s conception of urban life is a lonely one, starved of direct physical and emotional connection. He expresses this through cinematic sting operations; patiently observed, and often funny, observations of lives lived in isolation. Where time is killed by fixating on the often-uncomfortable realities of being creatures of misbehaving flesh with an ingrained dependence on routine. Tsai’s is a cinema that already seems to be under quarantine.

Released in 1998, Tsai’s fourth theatrical feature, The Hole, makes this metaphor literal. Beginning with a rare burst of explicit narrative context. Over a black screen the director lays down the chatter of newsreaders and vox pops, explaining that on the eve of the year 2000 Taipei has been immobilised by a mysterious epidemic. As a result the city is in a lockdown, with everyone either long gone or stuck. The film then avoids the grand scale of a city-wide disaster in lieu of submergence in a single locale; a tower block and then specifically, two flats.

One is occupied by Hsiao-kang, the perennial moniker of Tsai’s muse Lee Kang-sheng, who brings again his strangely mechanical yet naturalistic presence. A Buster Keaton-esque dawdle and a fertile blankness as he either inscrutable mopes around his quarters or maintains a bodega where he spends more time doting on local cats than plying his wares. Meanwhile, in the apartment directly below Hsiao-kang’s, lives an unnamed woman (played by another Tsai regular, Yang Kuei-mei). Her character and Yang’s performance conveys loneliness with relatively more verbiage and neuroses, as she copes with the isolation and her apartment’s decay by homespun care regimen of egg yolk face wash, masturbation and the hoarding of water and paper towels.

Their existences would have remained only discrete, infringed only superficially, if it were not for a breach. A hole that a plumber carelessly makes in Hsiao-kang’s apartment floor and therefore the woman’s ceiling. It is this inconvenience that brings them together, initially under the dynamic of a slapstick duo with him, the addled nuisance and her, the exasperated straight man. Slowly though conflict gives way to attraction, with the hole acting as matchmaker for these two lonely hearts. Provoking, for the woman especially, a sexuality that was previously latent but now gains form in an interjecting series of fantasy sequences. Song and dance numbers where she lip-syncs tunes of lust and love – crooned by Canto pop icon Grace Chang – at her object of desire, Hsiao-kang.

These sequences shed light on an often-overlooked aspect of Tsai’s cinema. It is easy to simply box him in as a minimalist; noting how his preference for long takes and a lack of clear narrative cause and effect positions him as one of the progenitors of ‘slow cinema’. Yet The Hole indulges a contrary quality. A covert maximalist tendency that, apart from displaying a deep affection for the theatrics and directness of both pop and musicals, exemplifies how his films articulate the difficulty in finding outer expression for inner quandaries through what Tsai dubs the “counterpoint” between realist depiction and non-realist elements.

Initially this can be seen in action within the same frame, with the first number where the woman mimes Chang’s ‘Calypso’. After being seen subsisting in casual wear she is now suddenly dolled up in an evening dress and shimmying in an open elevator which is equally bedazzled. This yearning for a bit of glamour, as an escape from a squalid environment, is both reinforced, as fantasy, and undermined by the realism of the rest of the scene’s décor, a fairly mundane looking atrium, remains untransformed.

Later numbers are cut more like classic Hollywood and Cathay musicals and up the fantasy with more costume changes and chorus girls and dancing suitors prowling through improvised but increasingly elaborate set design. The disjuncture then is in how these scenes are markedly removed from the look and, especially, the sounds of the rest of the film. For to conjure, with accuracy, the melange of dead air and granular detail of being alone, Tsai opts for direct natural sound, paying particular attention to the chafing of fabric against skin, the slurping of food and the flux of fluids both bodily and soon to be.

While in the musical sequences the artificial, or the imagined, completely cancels this all out, with only Grace Chang and her accompaniment present in the mix. That the woman’s emotions are transparent when channeling Chang and that she is articulate when she is not, speaks to how the inner knot of desires is not solved but succoured by fantasy. Feeding off and contravening a reality, regardless of whether it is crumbling or not, can offer limited satisfaction.

The post Tsai Ming-liang’s The Hole is one of the great films about living in isolation appeared first on Little White Lies.