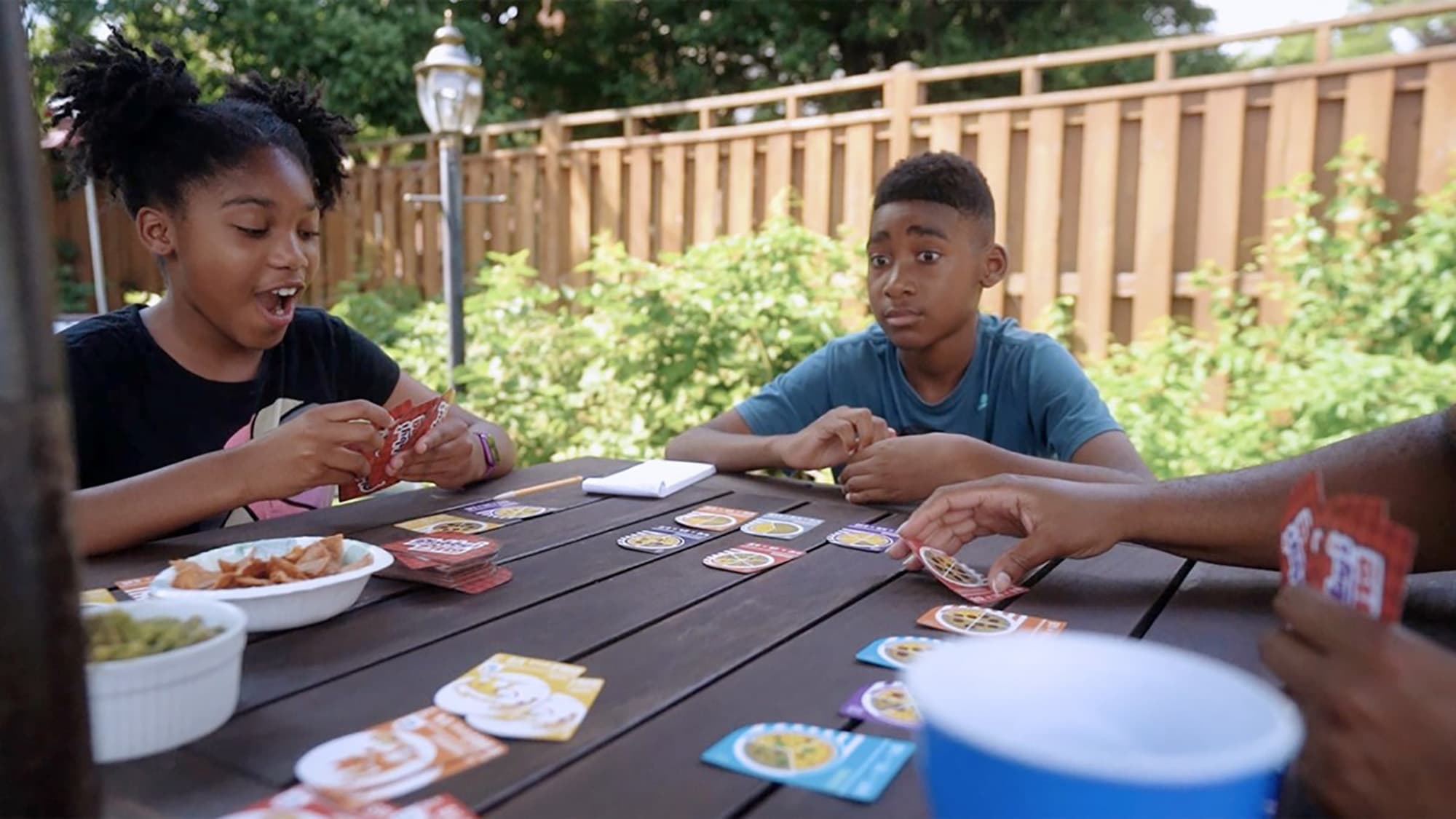 Talk to any kid who has graduated from elementary school. Fractions, decimals, and percentages can be tricky concepts at first, but you can make them easier. Teachers and learning professionals alike know that an excellent way of getting kids comfortable with challenging math concepts is to incorporate them into a game. Activities like Blobby’s Pizza math-based game which helps kids strengthen their skills and have a blast at the same time. If you’ve got kids in elementary school, you’ll want to have a look at this mathematics game.

The object of this monster pizza-eating contest is to rack up the highest bill—and to get better at math. Players build whole pizzas of the same type from brightly-colored pizza fraction cards. Each game box includes 31 Pizza-Eating Monster Cards, 88 Pizza Slice Fraction Cards of four pizza types, eight Tax and Tip Cards, One Guest Check Pad, and more. These items complete the look of your imaginary monster pizza shop and ensure that you and your family have hours of fun calculating percentages, adding decimals, and—most importantly—building your pizzas. 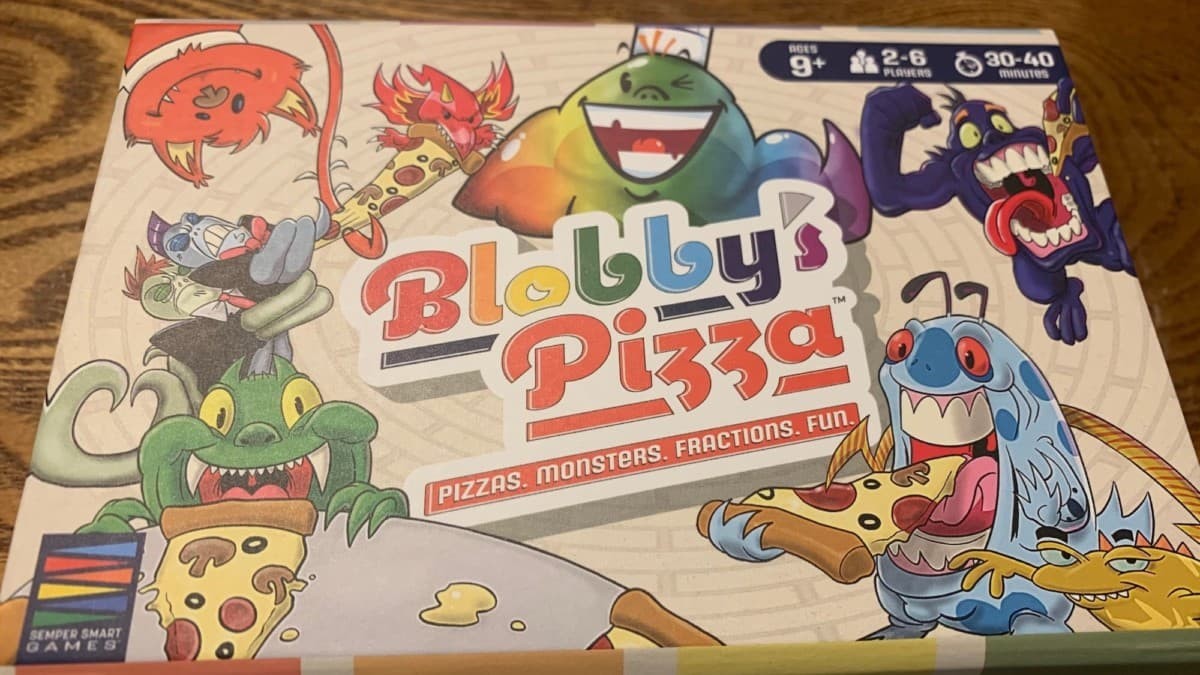 How do you play this math-based game?

In Blobby’s Pizza, you’ll try to build a whole pizza using fraction cards. So when you have the fraction of pizza necessary to create the completed food, for instance, you’ll have a whole pizza. But the play isn’t that simple. Monsters can also steal pizza from other players’ tables. You can steal one or several cards that are equal to or less than the fraction your monster can consume. It’s a mathematics game that will keep your family learning and challenged in your living room. 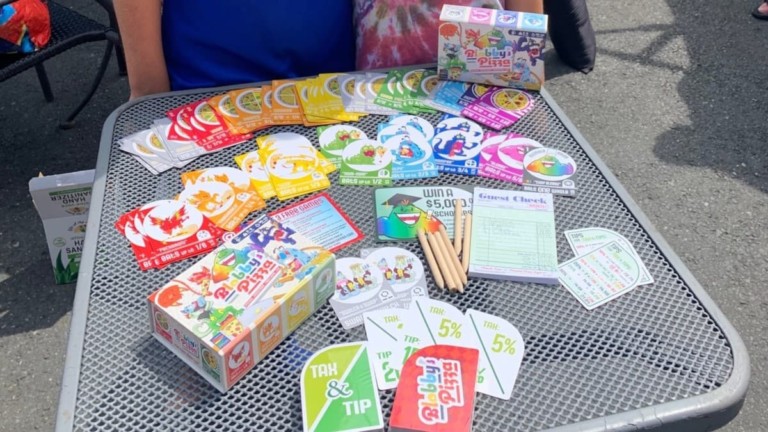 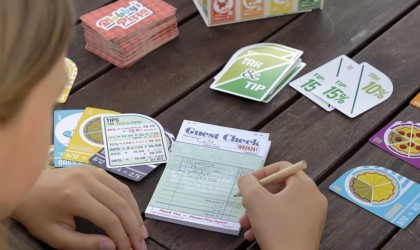 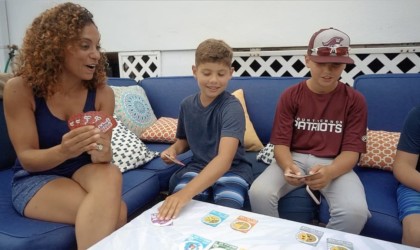 Can you protect your pizza in this math-based game?

Yes. You can shield your pizza from the monsters by keeping it on your plate. But you will have to keep some out on the table. This is the pizza you could lose to other players’ monsters. But you know what you can’t prevent from happening? When a fellow player sends a squid waiter to swap your plate with someone else’s. Yes, this can happen, so you and your kids need to play strategically. You’ll really have to know your stuff if you want to emerge victorious from this mathematics game.

What math concepts are covered by this pizza fraction game?

The pizza slice fraction cards are designed to enhance gameplay and add educational value. The pizzas are 12-piece pizzas that allow the game to utilize seven reducible fractions. Each card will show players the visible representation of availableshort slices along with the unreduced fraction, reduced fraction, and the decimal conversion of the fraction. So each card is packed with useful fraction-learning visuals. 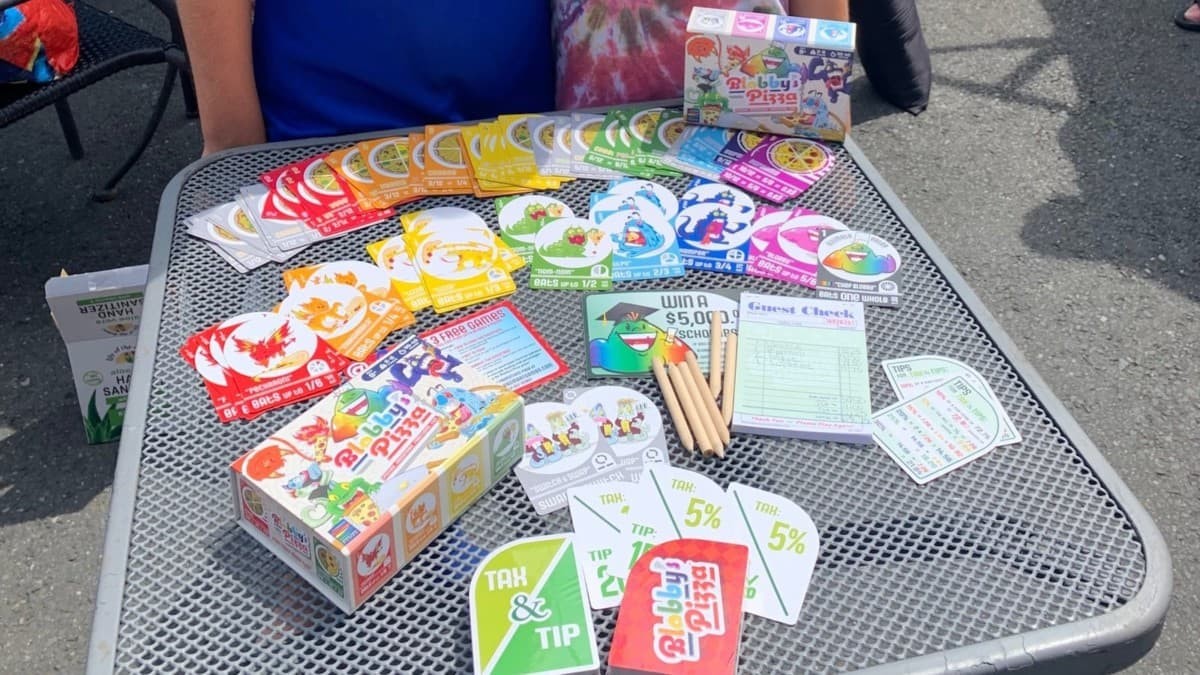 How do these educational cards help with decimals?

Players will get plenty of practice adding decimals while playing Blobby’s Pizza. According to the company’s Kickstarter page, this mathematics game’s menu prices emphasize addition with decimals and add another element of strategy. The prices help players to find quarter fraction and whole-number short cuts for faster addition. So you kids won’t have to get frustrated adding decimals in longhand after every play. They’ll develop a short cut to go faster, which helps both with games as well as the real world. 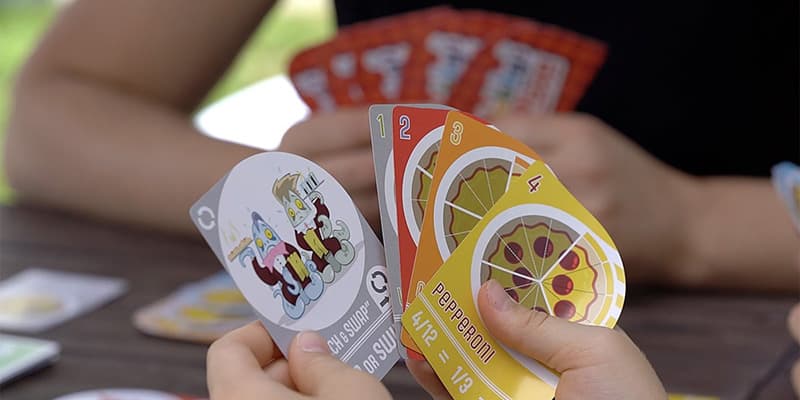 Is there a way to increase the challenge of Blobby’s Pizza?

There sure is. The game’s inventors have included an advanced play version with simple percentage calculations. This addition also adds another strategic element to the game since the players must try to get the highest percentages possible. And for a realistic touch, there’s even a color-coded “Tip Card” that teaches basic tax and tip skills. So the next time your family goes out for a meal, you might even be able to ask your kids to calculate the tip. 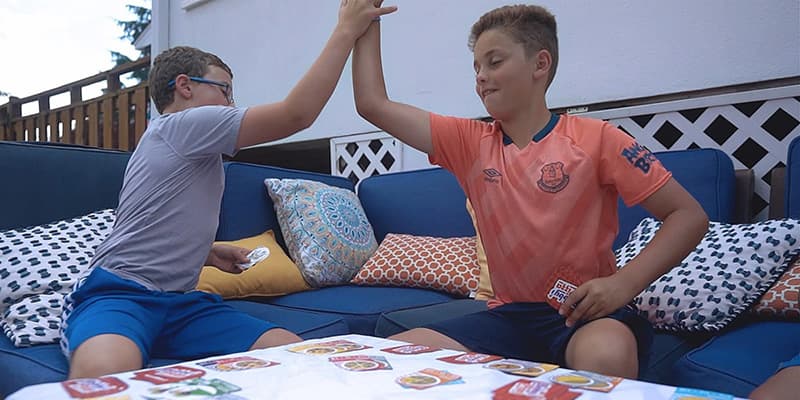 This mathematics game is an excellent way for kids to have fun and strengthen their math skills. As a former teacher, I love how it combines a real-world activity (going out for food) with play. There’s no better way to teach fractions, decimals, and percents—skills that can be hard to master at the beginning. There are countless educational games out there that are no fun to play. Blobby’s Pizza is different, and I hope to see more games like it. 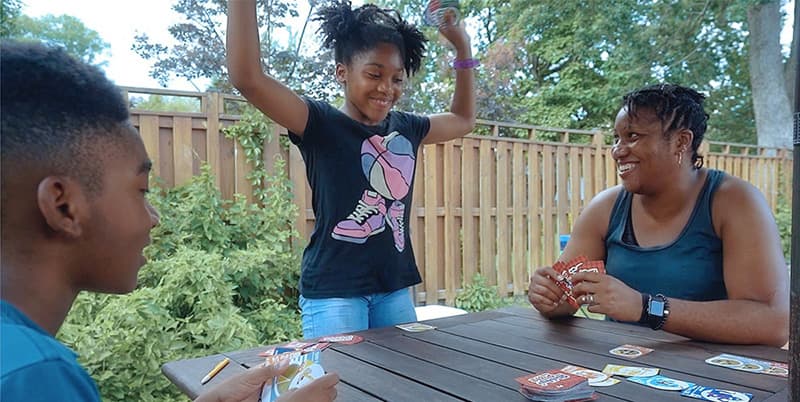 And have you realized that Christmas is right around the corner? You can preorder Blobby’s Pizza math-based game for $17 on Kickstarter for a special kid in your life. 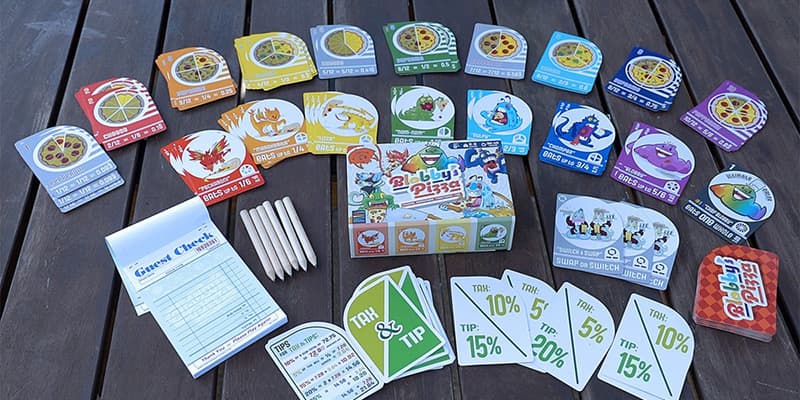