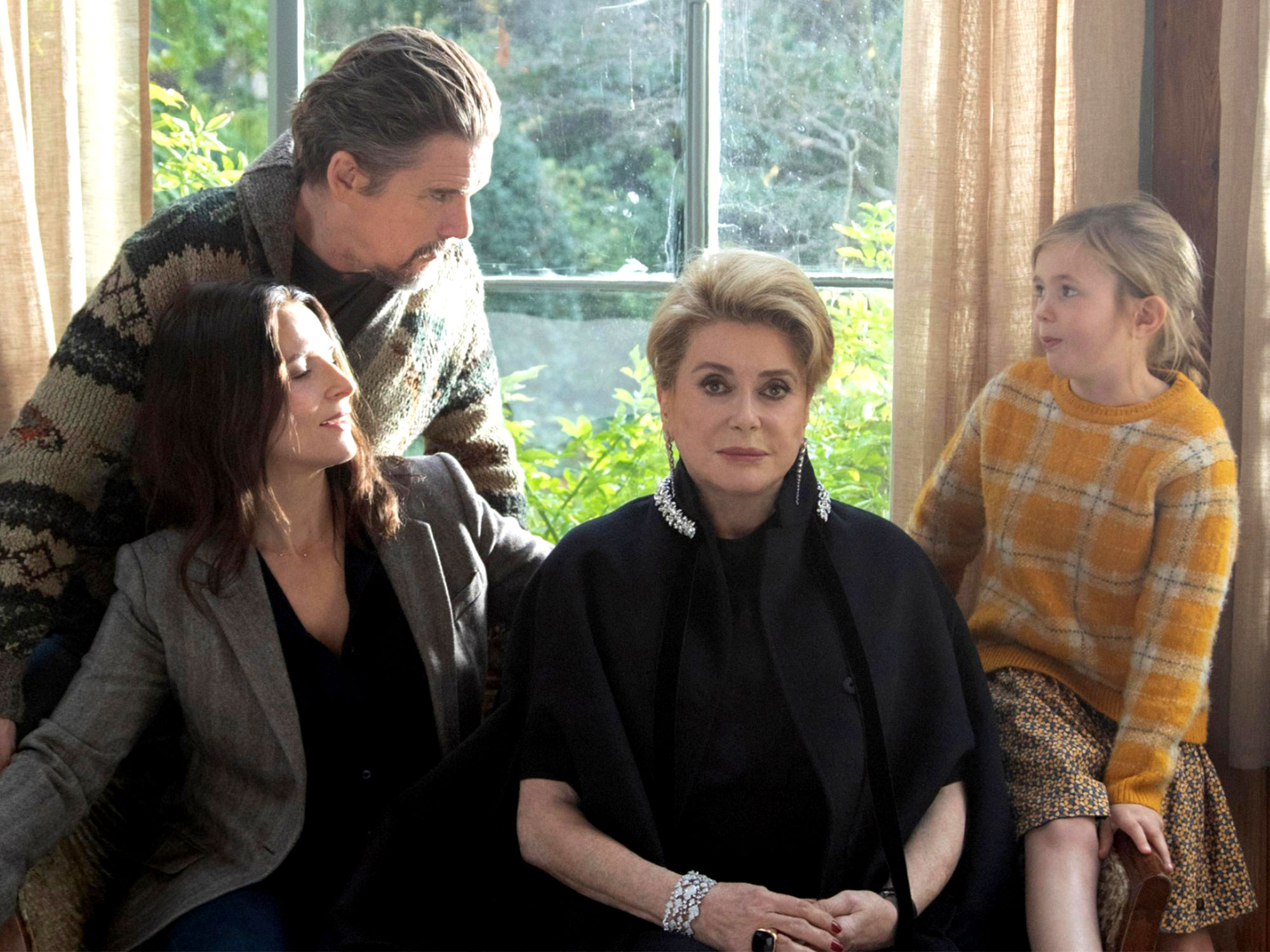 When a bad mother approaches old age and enters the phase of life where one spends more time cataloguing memories than creating new ones, she is faced with a choice. She can reckon with the legacy of negligence she’s left behind, that of infidelity and absentee parenting and recreational cruelty in the guise of tough love.

Or she can do what Catherine Deneuve’s declining screen queen Fabienne does in the latest from Hirokazu Koreeda (the director’s first outside of his native Japan), and retreat into self-spun fictions, revising her history into a more flattering version of itself.

Fabienne is a dyed-in-the-wool actress set in a cheekily Deneuvian mould. She approaches penning her memoirs as if she’s creating the role of a lifetime. The passages recalling afternoons spent picking up her smiling daughter from school stick in the craw of the now-adult Lumir (Juliette Binoche), who remembers things going down a bit differently.

The film begins as she and her family (charismatic alcoholic husband Ethan Hawke and moppet daughter Clémentine Grenier) join Fabienne at her home in the shadow of a looming, bluntly symbolic prison complex to commemorate the release of this book. Yet she brings with her an in-depth line edit, complete with Post-It notes marking the most objectionable selections. The time has come to shake the branches of the family tree.

Koreeda gives this process a symbolic counterpoint in Fabienne’s supposed comeback, on a sci-fi drama that casts her as daughter to a hot young It girl (Manon Clavel) rendered ageless by outer space.

Fabienne and Lumir sort through resentments and regrets in discursive conversations with a palpable sense of Frenchness uncommon for a visiting filmmaker. They snipe and micro-aggress like sparring partners with an intimate knowledge of one another’s weak points, an inappropriately fluffy score passing off this mature battle of wills as one of those talky Gallic dramedies. Subplots involving the precocious-yet-not-too-precocious youngster and Fabienne’s ex-husband (Roger Van Hool) ultimately weigh the film down by making it lighter.

Koreeda’s technique, honed and perfected over the past few years with After the Storm and the Cannes-winning Shoplifters, involves sucker-punching viewers in the final half-an-hour with emotional stakes ratcheted up to a newly intense register. He does the same here, as Fabienne grapples with the harsh light of self-awareness. Watching her obstinate haughtiness crumble in the face of the time she has left on Earth borders on the devastating, especially to those familiar with Deneuve’s career trajectory.

Foreign auteurs often go astray as they make their way to the West, and it’s a relief that Koreeda’s approach to delicate family dynamics transcends the language barrier. The building blocks of his oeuvre – compassion, vulnerability, connection once hardened guards have been let down – have been smartly fitted to suit the sui generis talents of the film’s headlining legends, playing up their spikier wits.

But even those defences fall and give way to the heart-piercing truth at the centre of both Koreeda’s filmography and the bond between two warring, loving women: the people closest to us are worth the pain they cause.

The Truth is available to stream exclusively on Curzon Home Cinema from 20 March.

The post The Truth appeared first on Little White Lies.