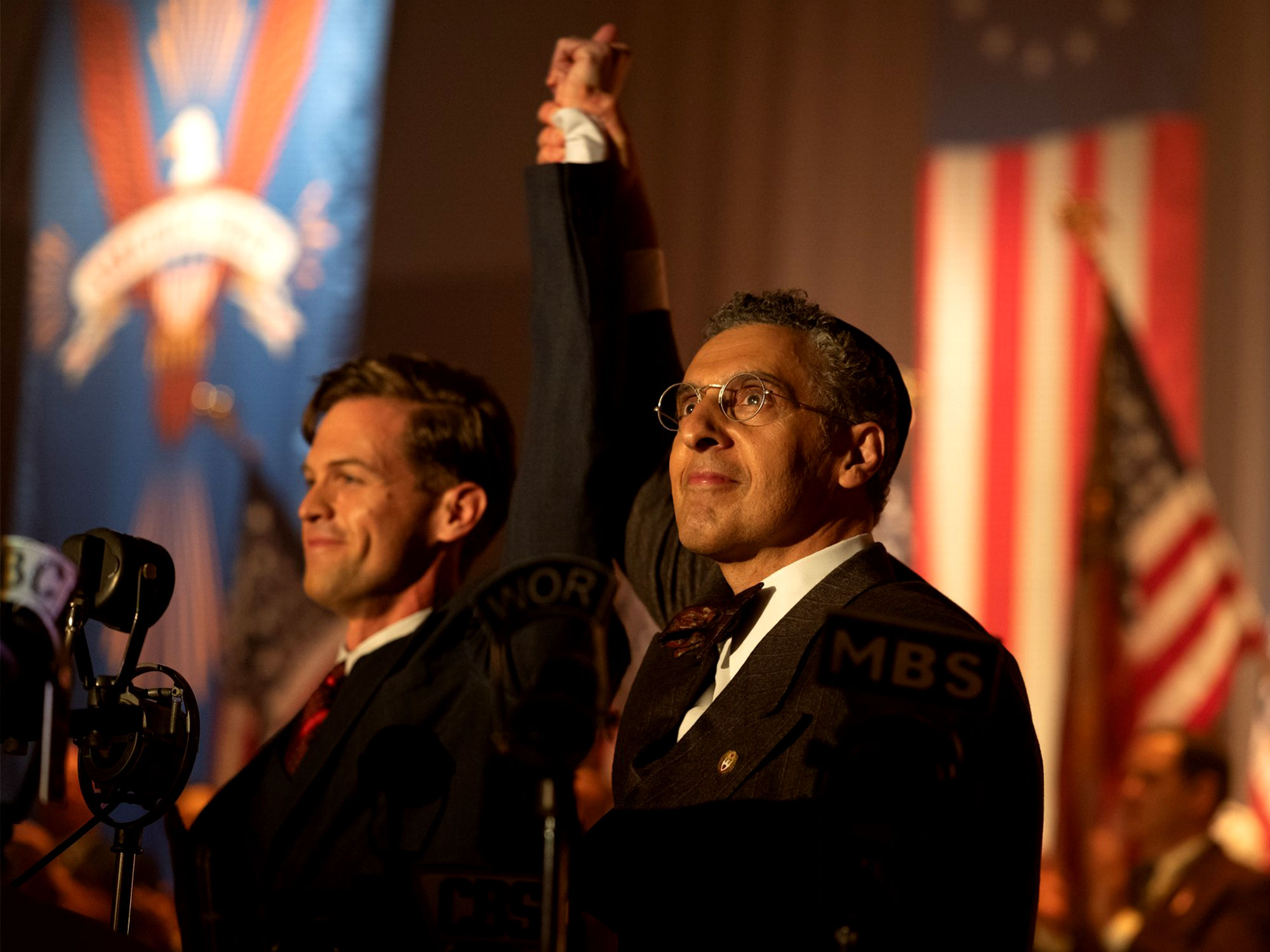 In their latest venture into the HBO sphere, The Wire co-writers David Simon and Ed Burns abandon the streets of Baltimore once again, this time in exploration of an alternate American reality – one in which Germany wins World War Two. As the American people watch scenes of Hitler dancing through the ruins of what was once Paris – like a “happy Putz” – the close-knit Jewish community of Newark is starting to feel nervous.

The Levin family are living a life of 1940s luxury compared to many others still struggling to make ends meet. Where the corner boys’ warning call “5:0!” dominated the streets of The Wire, the children of The Plot Against America announce the arrival of their fathers after a long day’s work with “car!” By drawing attention to these upper-class nuances, Minkie Spiro, director of the premiere episode, sets us up for what’s to come. Over the course of one night, individual and institutional racism spikes by several degrees, and the life families like the Levins have painstakingly built over many years are about to change drastically.

Adapted from Philip Roth’s 2004 novel of the same name, The Plot Against America imagines a Trump-esque figure running for the US presidency against Franklin D Roosevelt. Xenophobic populist Charles Lindbergh (Ben Cole) turns the general population against Jewish and British communities, insisting on their being war-agitators, and threatening deportation. All the while, news channels show footage of Jewish men, women, and children being shipped off to concentration camps in Hitler’s Germany.

While Herman Levin (Morgan Spector) and the neighbouring men air their frustrations and fears on the stoop, his wife Bess (Zoe Kazan) tries her best to keep this sense of mounting dread from their teenaged sons Sandy (Caleb Malis) and the much younger Philip (Azhy Robertson). Spector and Kazan’s on-screen chemistry feels natural. It’s easy for the audience to feel comfortable with the Levin family, to become enthralled by their multigenerational dinner settings and their concerns regarding the state of the world and how to protect their children and other relatives from it.

Perhaps the most intriguing story arc in the show’s premiere episode is Philip’s gradual exposure to an adult world and feelings of otherness he was previously sheltered from. From questions of justice and morality surrounding his uncle’s shady friends and pastimes, to recognising and feeling intimidated by the worldliness of other kids his age, it seems Philip is suddenly looking at a whole new world. Robertson’s performance is unforced, awakening a parental instinct in the viewer – one that wants to preserve his innocence and stop his wide-eyed wonder from turning into a picture of constant terror.

Like other recent dystopian dramas such as The Handmaid’s Tale, The Plot Against America is zooming in on the surrealism of time and existence. How, from one day to the next, the hateful clown wreaking havoc in the circus that is society can convert an entire country through television screens and radio waves, changing the world as we know it forever and for the worse. It’s a study in how different parties react to sudden changes in the political climate, and how to prepare a new generation for an uncertain future without unintentionally manipulating their present.

The post The Plot Against America makes for stark viewing in uncertain times appeared first on Little White Lies.