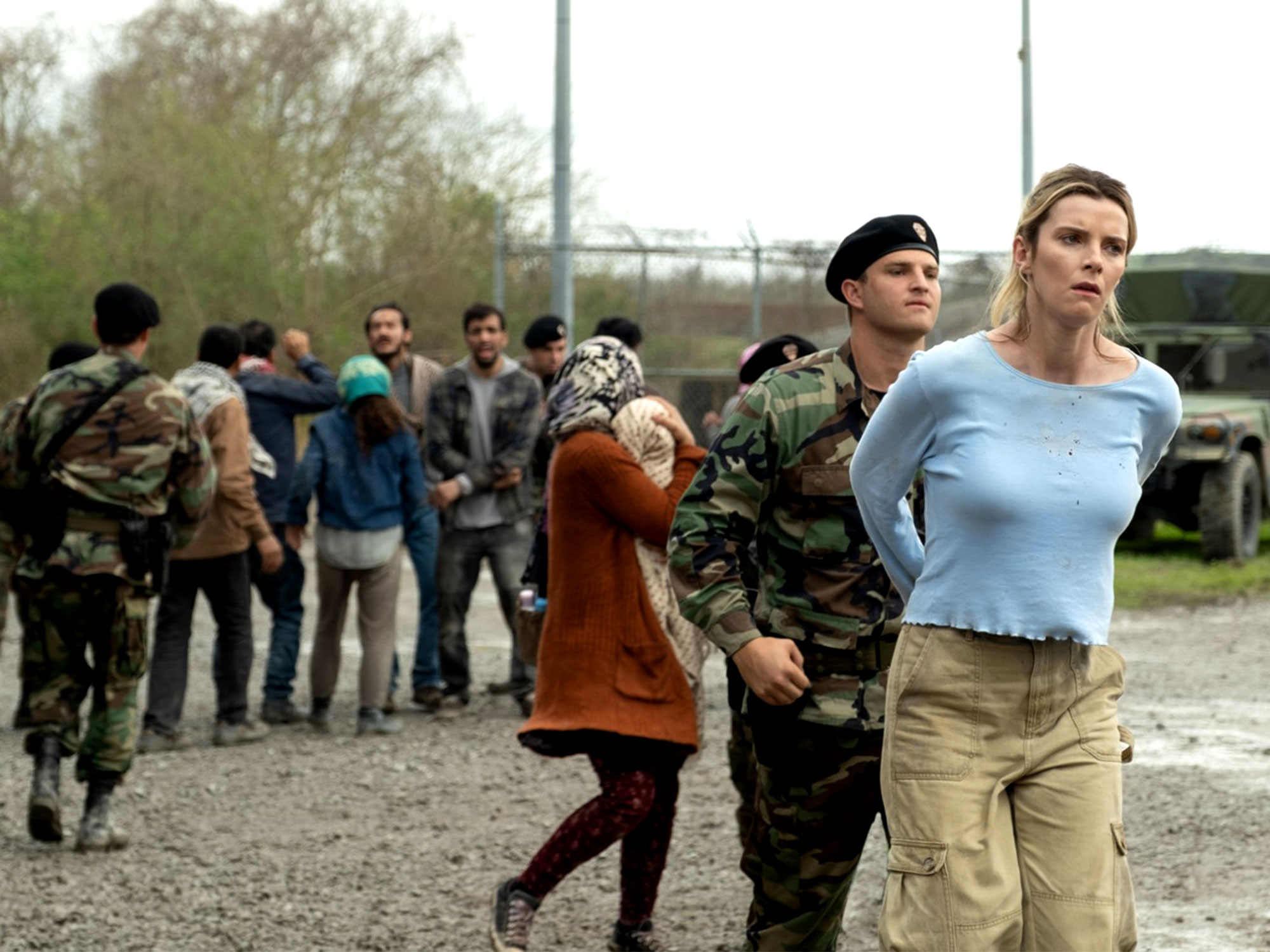 The writer Richard Connell posited humankind as the most dangerous game; the messy rollout of The Hunt, a loose adaptation of his famed short story, would suggest that releasing movies can be a far more hazardous business.

The horror-satire was slated to open in late 2019, but a spate of public shootings in the weeks leading up sparked a conversation about postponement, a debate concluded when the sitting President of the United States tweeted in opposition to Craig Zobel’s film. Under the pretence of avoiding a brouhaha, while in actuality plotting to raise one later on down the line, Universal decided to yank the film until things cooled off.

Now, viewers can see for themselves that there’s no there there, merely an array of provocations on which the film can’t fully follow through. The hook pertains to the demographics of the hunters (“liberal elites,” as the script goes) and the hunted (“deplorables” from Southern and Midwestern regions) as they play a lethal game of hide and seek in a secluded Eastern European country. Scriptwriters Nick Cuse and Damon Lindelof use headlines to draw these battle lines, pitting the Democrats’ nastiest concept of Republicans against the Republicans’ nastiest concept of Democrats.

After a pair of relatively clever false stars, the protagonist role gets filled by Crystal, a product of the rural lower class from her faux-elegant name all the way down. Though Betty Gilpin avails herself well, making expert use of her Amazonian stature and a face trained by an off-Broadway upbringing to project expression, she’s fighting the material even harder than her pursuing assassins. Still, she has the best go of bringing the broad stereotype she’s been dealt to life, far better than the Alex Jones stand-in (Ethan Suplee) or the sorority girl simply named “Yoga Pants” (Emma Roberts).

Could it be true that the bleeding-heart progressives actually crave real blood from real hearts in their private moments? Is it possible that Red Staters aren’t all racist yokels? Is anyone’s concept of the two-party divide so facile that demonstrating otherwise would come as a shock?

While they were fussing over optics and politics, the studio heads should’ve been worrying about the overall substandard quality of their product, not as a discourse object but as art. Its ideas about irreconcilable difference and America’s intensifying culture wars might have been more effective if they hadn’t been first run through a Google Translate engine converting “English” to “thought piece,” swapping out talking for talking points.

The expected retort to that critique would be that satirical characters aren’t supposed to be realistic, that they’re stand-ins for factions of people or their ideas. If that’s the case, then the real problem would be that the ideas cannot cohere into a greater thesis. The declaration that both sides have some bad behaviour to answer for risks nothing, and fails to account for the vast disparities between the sins of the left and right.

It’s not hard to gesture to the whole of electoral discourse right now and reason that something, somewhere has gone very wrong. But to write it off as mutual heels-dug-in enmity – or worse, to cast the conservative element in the more flattering light – passes over the meat of the subject.The film’s second round of promotion, after it had shed its reputation as just another genre picture, bills it as “the most talked about movie of the year.” How curious, then, that it doesn’t have much of anything to say.

The post The Hunt appeared first on Little White Lies.