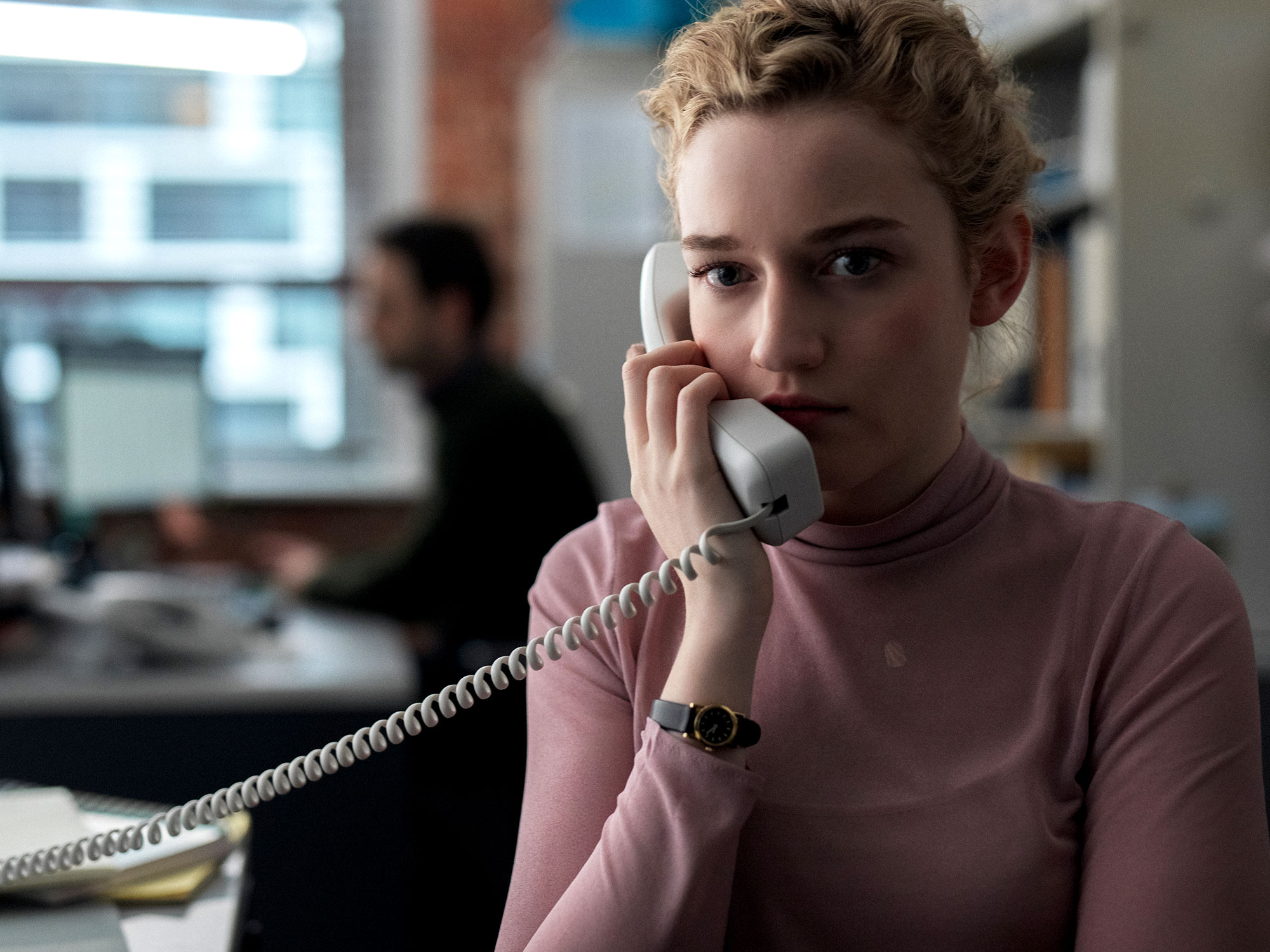 From the jurors attempting to decide a matter of life and death in 12 Angry Men to the Brooklynite tensions reaching fever pitch in Do the Right Thing, many notable films set within a 24-hour period seek to show the audience what a difference a day makes. Deals are done, the die is cast, lives are irrevocably changed, and the fragile, fleeting nature of human mortality comes to the forefront.

In Kitty Green’s The Assistant, the same structure is employed, but for the purposes of highlighting the monotony of the title character’s role, as well as the immense pressure placed on some of the most vulnerable people within the entertainment industry.

Jane (Julia Garner) is a young college graduate with aspirations of being a film producer. She is a few months into a gruelling job as an assistant for a studio chairman in New York City. Her day begins before everyone else’s, and ends long after they’re gone. She orders coffees and lunches, prepares protein shakes, plans travel itineraries and tends to all the minutiae with which so-called important people never have to trouble themselves.

She appears largely invisible to more senior employees, who only speak to her when they want something or have reason to reprimand her. Her boss, meanwhile, is a shadowy spectre who barks orders and insults down the phone. He’s an obvious stand-in for Harvey Weinstein, but it doesn’t really matter – he could be any number of men at the top of the entertainment food chain. 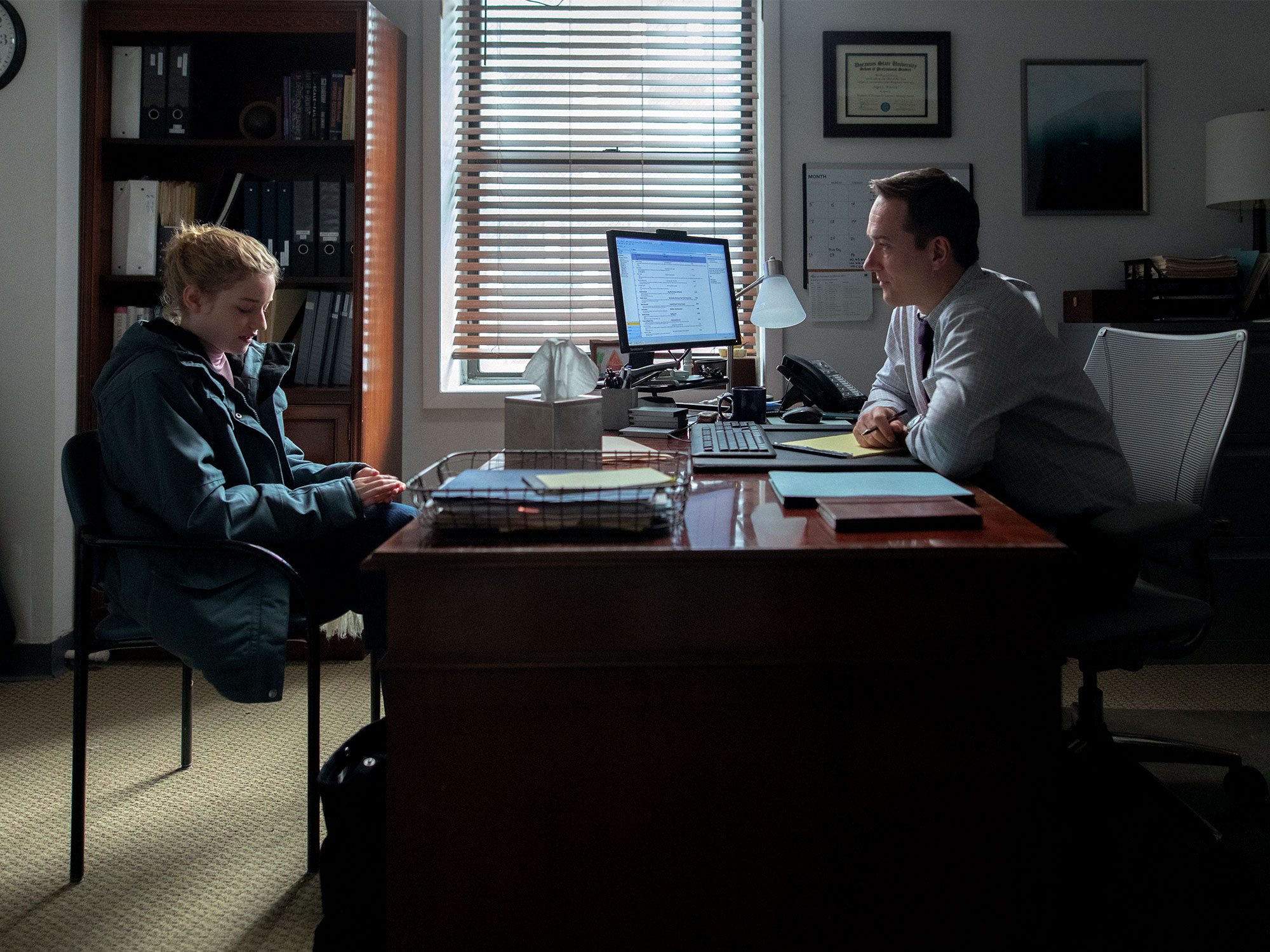 Over the course of the day, Jane encounters a new assistant named Ruby (Makenzie Leigh) and becomes concerned her boss is abusing his position of power. She’s all but laughed out of the room by a human resources manager (Matthew Macfadyen on top smarmy form) who kindly informs Jane she personally has nothing to worry about, as “you’re not his type.” A defeated Jane quietly returns to her desk and her unconcerned male colleagues.

By now we know that the #MeToo movement hasn’t solved the deep-rooted problems of sexual abuse and coercion within the entertainment industry, but it has shone a light on them. The Assistant is a fittingly austere, uncomfortable film, making use of a dreary, muted colour palette and office-based white noise rather than music in order to underscore Jane’s isolation, but also the way women are forced to throw themselves into their work to prevent thinking about the darker issues which plague the industry.

Perhaps the most grotesque element is how painfully true it all is. Jane is rewarded with tidbits of praise, told that she’s being mistreated in the name of making her better at her job. Garner smiles gently, acts dutifully, though all the while there’s a sense she might break at any moment. There are thousands of girls just like her working across the entertainment industry, and even more who were forced out by the actions of men who should have known better.

Even in their apparent insignificance, the 24 hours depicted in The Assistant are quietly radical. Green’s stripped back, stark approach gives the viewer and the story nowhere to hide – we’re with Jane every step of the way, acutely aware of how all-consuming her job is. It’s a bitter reminder of how insidious the abuse of power is within the film industry, and instead of naively suggesting there are any easy fixes, Green invites us to continue the conversation.

The post The Assistant appeared first on Little White Lies.