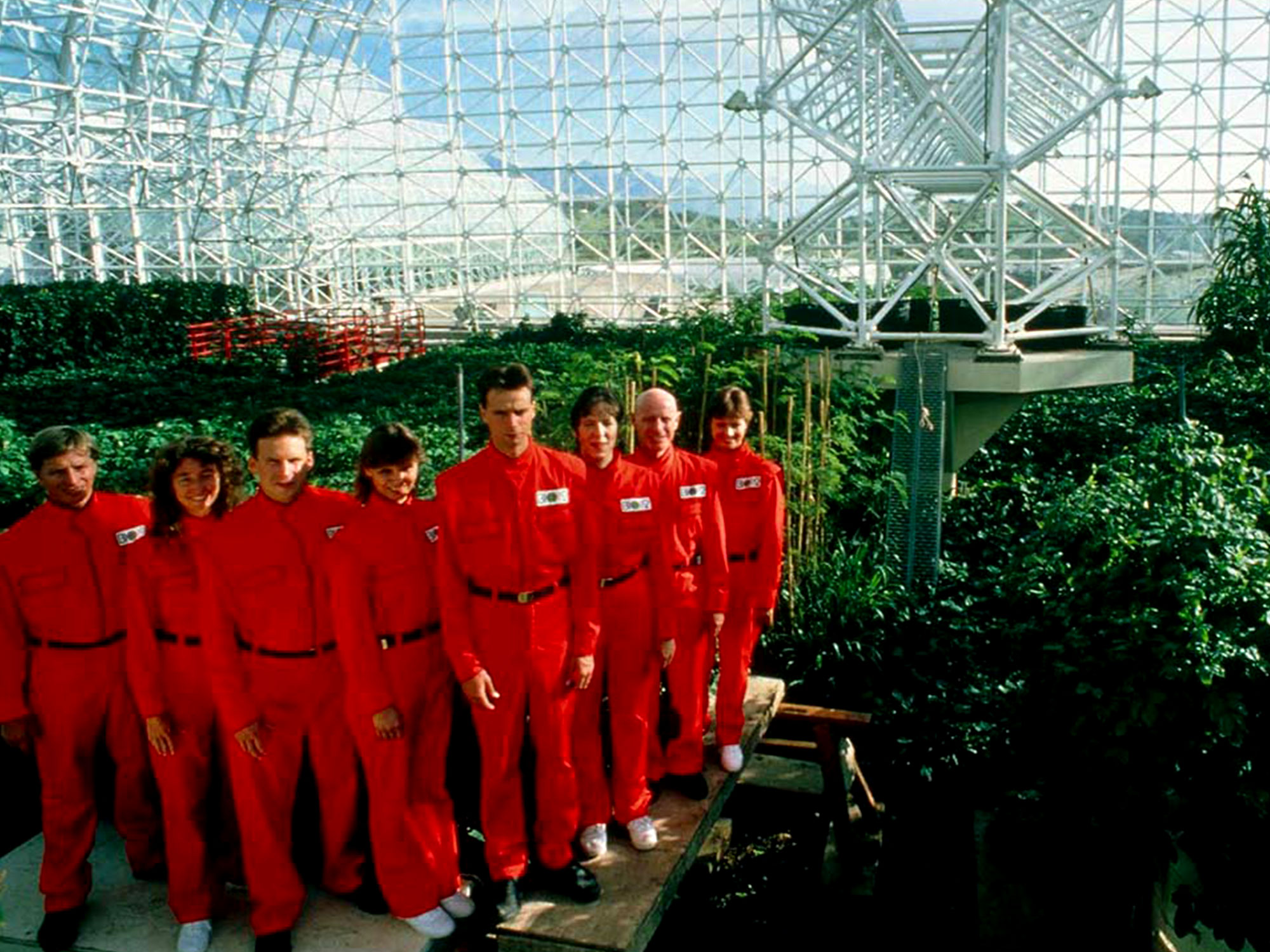 Just outside of Tucson, Arizona, in 1991, eight scientists volunteered to seal themselves in a self-contained, self-sustaining geodesic dome called the Biosphere 2 for two years. It would be one of the bolder experiments of its era, theoretically paving the way for the cultivation of new worlds; in practice, a thicket of snafus (oxygen filtration problems, caloric deficiencies, a media circus intent on invalidating the project) consigned it to the footnotes of 20th century research.

If Matt Wolf’s new film solely chronicled the goings on in and around the Biosphere 2, he’d have a cracking work of retroactive reportage on his hands. But as he sees it, that’s only half the story – his archive digging takes us all the way back to the 1960s, and to the unlikely origins of the Biosphere mission in an ecological-minded avant-garde theatre troupe.

On this grander canvas, Wolf has assembled a thesis about how idealism can be dashed by reality, sometimes necessarily and sometimes not. He zeroes in on the utopian oddballs as a microcosm for the entire environmentalist movement’s seedlings, their ambitions too pure to survive in a compromised world. We get to watch the people of planet Earth blow it right before our very eyes.

In the heady days surrounding the Summer of Love, a group of free thinkers known as the Synergists set up shop on a ranch in Arizona. Their goal? A truly clean and balanced life, in which they could provide for themselves ethically and responsibly. They were more pragmatic than the hippies, not unwilling to engage with capitalism in the outside world, and yet no more than they had to. They achieved some great things, most notable among them the construction of the Heraclitus, a gigantic and fully functional seafaring vessel that freed them from the boundaries of society.

The logical extension of that impulse to live outside of the norm birthed Biosphere 2, the perfect fusion of their conservation efforts and spirit of scientific inquiry. As Wolf digs into the minutiae of their quixotic trial in long-term isolation, his ample experience in record-trawling yielding the salvage of some truly incredible footage, he frames up Biosphere as a symbol of human aspiring. The participants brought a fanciful concept down to Earth with a combination of imagination and sober know-how, which makes the impending mishaps all the more tragicomically potent.

Starting with the grand lock-in blown by a latch ill-fitted to its door, the Biosphere scenes play at times like deadpan slapstick. Wolf coaxes laughs through edits, cutting from modern day talking head sessions with the former Biospherians to their foibles at the time. He never makes pie-in-the-sky space cadets out of his subjects, however, even if they may dress the part with their snazzy apple-red ensembles. Wolf conveys a tacit skepticism, perhaps well-founded considering the project’s shortcomings, to go with his admiration for their daring and motivation to do meaningful good.

Wolf draws vivid cinema from a goldmine Wikipedia article, realising its full entertainment value while arranging the facts at hand to trace the gap between what’s physically possible and what’s institutionally permitted. Wolf articulates a complicated statement and makes it go down like a science-fiction-inflected adventure – he even has a humdinger of a twist up his sleeve, placing this nearly three-decade-old story in a vital current context. He gives the bad word of edutainment a good name.