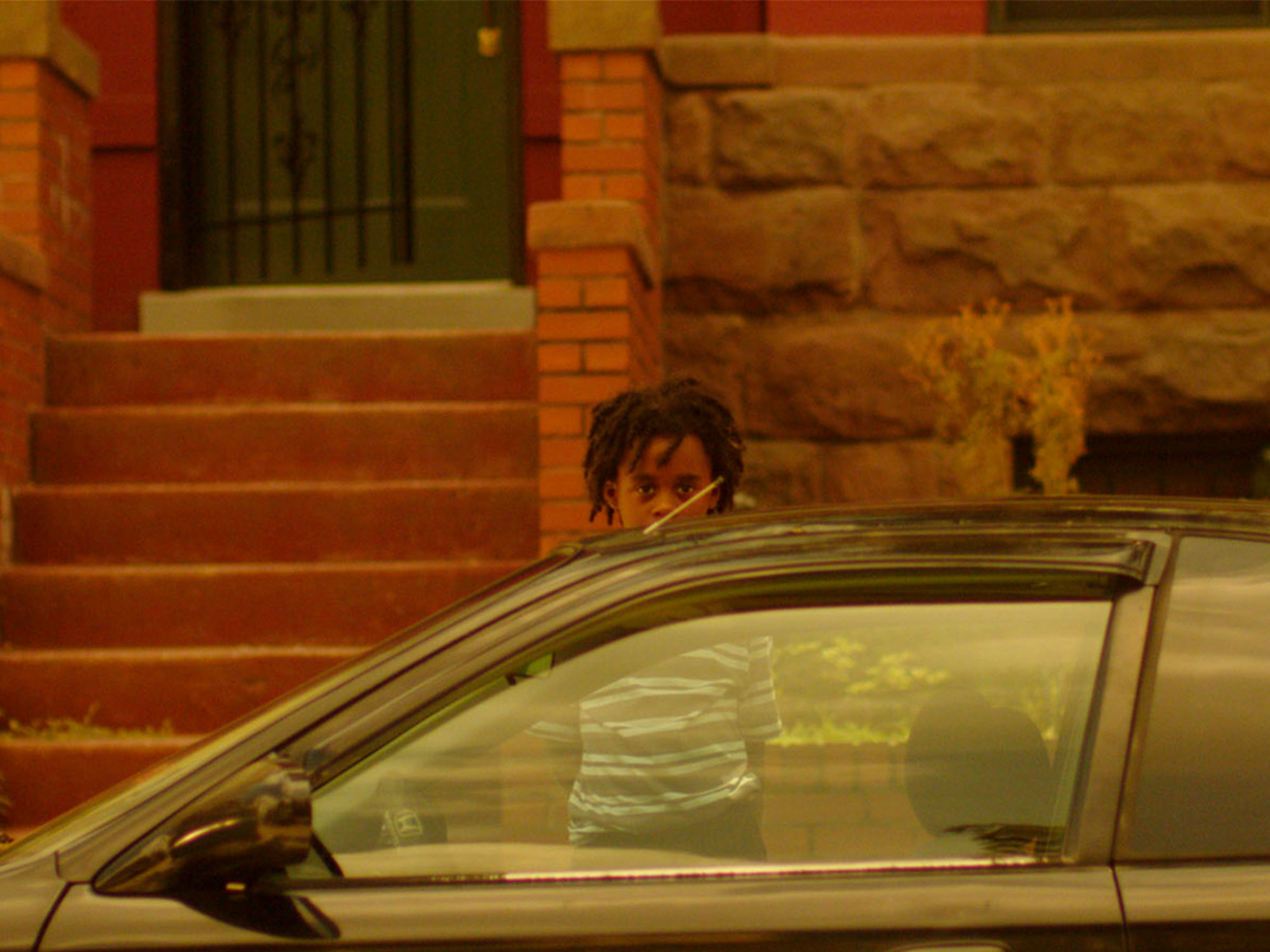 Last month the Washington Post ran a tone-deaf article singing the praises of Eckington, a residential borough with a rich history in northeast Washington DC, and one of the most rapidly gentrifying neighbourhoods in America. The concerned reservations of a Black multi-generational Eckington native are sandwiched between the glib musings of two white transplants, one a motivational speaker and the other a former advisor at Tesla. “There hasn’t been any conflict between old and new, but we’re very mindful of that,” one notes; “There’s something about the energy here that feels very real,” remarks the other.

The situation on the ground is indeed very real for lifelong residents of Eckington, the setting and subject of Merawi Gerima’s stunning debut feature, Residue. It tells the story of Jay (Obi Nwachukwu), a young Black man in a state of post-graduate creative nostalgia who, after completing a film degree at a Southern California university, returns home to DC to find it ravaged by the forces of gentrification, over-incarceration and racist police violence.

He wants to see his parents, he wants to reconnect with the old neighbourhood, and he plans to make a film about it all. “Just trying to give a voice to the voiceless,” he tells Delonte (Dennis Lindsey), a childhood friend who grows instantly suspicious. “Who’s voiceless?” he shoots back, his souring expression like a closing door.

Residue tells a universally relatable story: What happens when you come home after a long time away only to find that both you and the place have changed beyond recognition. It’s a resonant theme that has been given classic treatments by some of the world’s leading filmmakers, yet in Gerima’s hands it feels blisteringly new.

Gerima is the son of Ethiopian filmmaker and icon of the LA Rebellion movement, Haile Gerima. There’s something in the sound design that links Residue to the elder Gerima’s explosive 1976 breakout, Bush Mama. A similar layering of both believably diegetic city sounds and estranging, non-diegetic voiceovers and interpositions that whirl into sonic fields rich with character.

Where in Bush Mama, sound constricts, mimicking the claustrophobic conditions of hyper-surveilled life in 1970s Watts, in Residue, sound liberates. The younger Gerima’s patiently observed soundscapes slowly expand – rubber crackling on asphalt, wind through gum trees, children playing, looped and distorted cuts of narration – shucking off the hard shells of stereotype and statistics to preserve the tender core of a community on the brink of extinction.

With its ingenious sonic palette, the rich, auratic fields of colour that sift through each frame, the deft, intuitive editing by Gerima himself, and a non-professional cast and crew scouted largely from the community and trained on set, Residue entirely walks the radical politics that it talks. But Gerima’s restless critical mind tunnels further still, thematising his own insecurities over appointing himself something of a native informant for the sake of art.

Pitched-down narration with the cadence of a growl opens the film: “Did you sense that our obliteration was right around the corner?” it asks of Jay, who lies plaintively on his stomach. “You brought the only weapon you had, a camera… You thought a film could save us? Or did you see yourself as an archeologist, coming to unearth our bones from the concrete.” If Gerima can bring himself to believe that art really can incite political insurrection, this is surely the piece to do it.