Xiaomi’s Redmi brand has confirmed that it will launch Redmi K30 Pro smartphone in China on March 24. The company has even posted a teaser image of the phone that shows glass back, quad rear cameras, 3.5mm audio jack and a possible IR sensor on the top.

Redmi is expected to launch the successor of Redmi K20 Pro with the same affordable price tag and with this year’s Snapdragon 865 SoC. Also, according to some reports, it will be the cheapest Snapdragon 865 phone. Apart from this, Xiaomi may launch this phone as POCO F2 in India.

After almost a year, Xiaomi revived its POCO brand and launched POCO X2 in India. To recall, POCO X2 is the same Redmi K30 4G phone launched in China last year. Based on this and POCO F1 came with flagship processor, we can assume that the Redmi K30 Pro will launch in India as POCO F2. 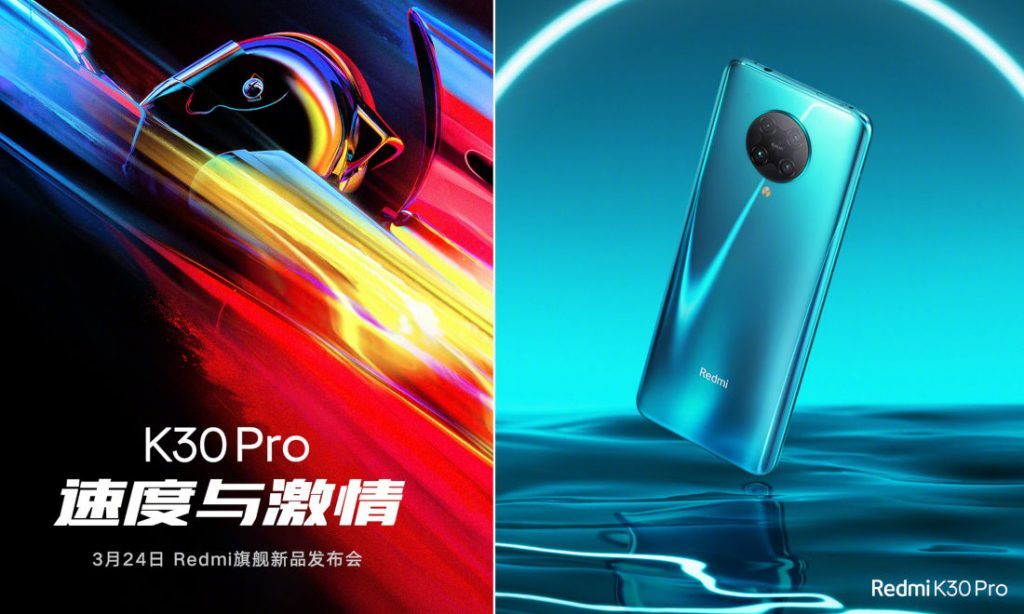 The official teaser from Redmi suggests that the phone will feature glass back. Also, the phone will not have a punch-hole display and not even a notch, instead, Redmi will retain the pop-up camera design from the Redmi K20 Pro.

Xiaomi has already launched its Mi 10 series flagship phones with the 90Hz AMOLED screens. The company is expected to do the same for the K30 Pro. Although it would be a decrease when we compare it to the 120Hz panel on the POCO X2 but an AMOLED display will be better in terms colors than the IPS LCD panel. 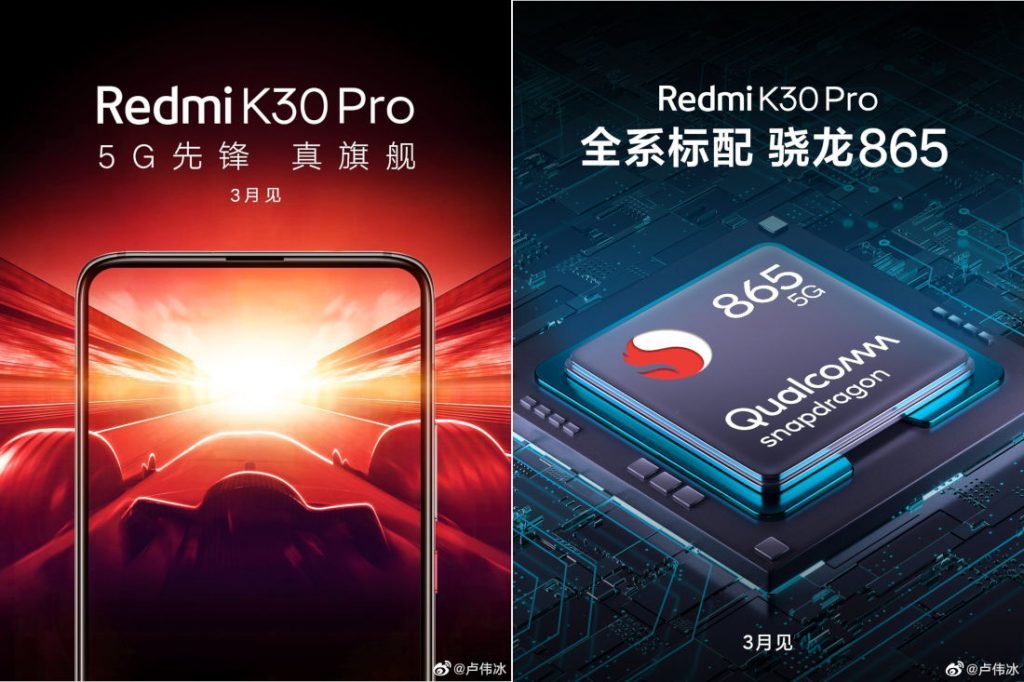 Redmi has already confirmed that the Redmi K30 Pro will come with the premium Snapdragon 865 chipset. The SD 865 will also bring the 5G support with the Snapdragon X55 5G modem. Some reports also suggest that the phone will come with UFS 3.1 storage and LPDDR5 RAM.

The Redmi K30 Pro will surely come with premium cameras. Redmi could use the same camera setup from the Redmi K30 which has a main 64-megapixel Sony IMX686 sensor. However, we can expect a better wide-angle camera and a telephoto lens for hybrid zoom.

The Redmi K30 Pro will be launched on March 24 in China. But Xiaomi might take a few months before bringing the K30 Pro to India as POCO F2.

The post Redmi K30 Pro Launching on March 24; May Come to India as POCO F2 appeared first on Gadgets To Use.