Realme launched the Realme X2 smartphone back in November last year in China. After that, it was introduced in India a month later. Now, it looks like the company is planning to launch the successor of that phone i.e. Realme X3. The has been allegedly appeared on several certification and benchmarking sites which indicate that the company will soon launch in different markets including India.

First, a new Realme smartphone with model number RMX2086 was certified by Thailand’s telecommunication commission known as the NBTC. The phone has been listed as the Realme X3 SuperZoom on this site. This doesn’t reveal any feature of the phone. However, the Geekbench listing of the phone reveals some of its specs. As per the benchmarking site, it will be powered by an Octa-Core processor with the model name msmnile, which is Snapdragon 855+. It also reveals 12GB RAM. 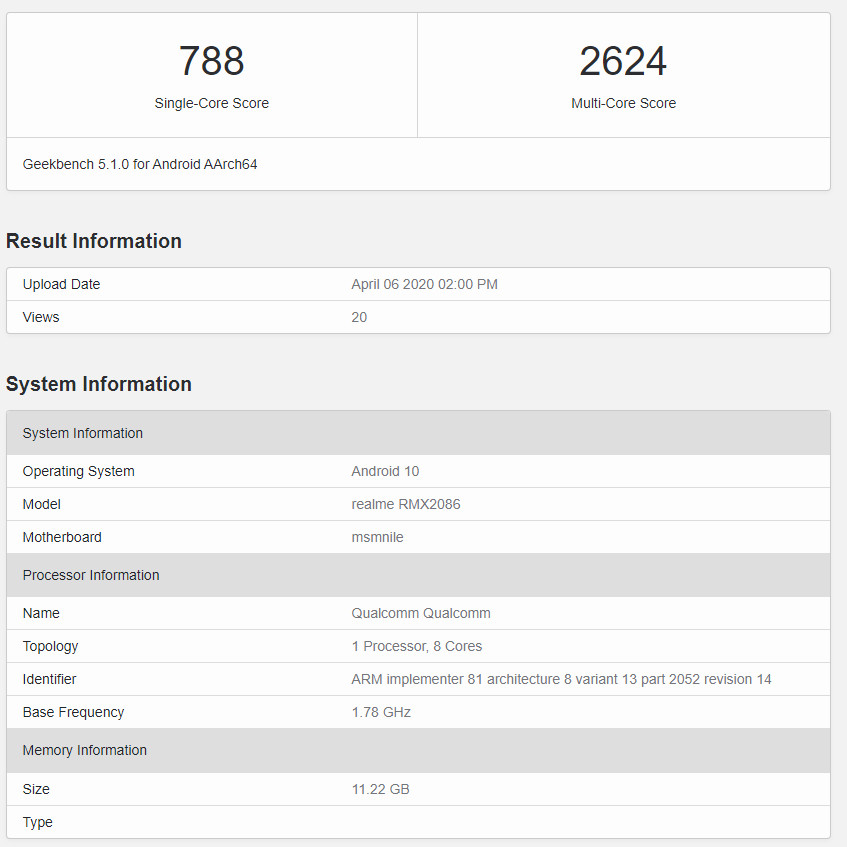 So, if Realme is planning to use last year’s flagship processor on the Realme X3, it might not exactly be the successor of the realme X2 that housed a mid-range Snapdragon 730G processor. Also, as the name of NTBC site suggests, it might also come with hybrid zoom support, which is not there in the X2.

Further, the phone has also appeared on the BIS certification site in India back in February. This suggests the phone will soon come to India. Even the company’s CMO Francis Wang said in reply to a user’s tweet that the X3 exists and it will be an amazing phone as it ‘holds the crown of X’.  However, he himself doesn’t know when it will be launched due to the current situation of the COVID-19 pandemic.

We should know more features of the upcoming Realme X3 soon. Stay tuned!

The post Realme X3 with Snapdragon 855+ Coming Soon to India; Details Inside appeared first on Gadgets To Use.