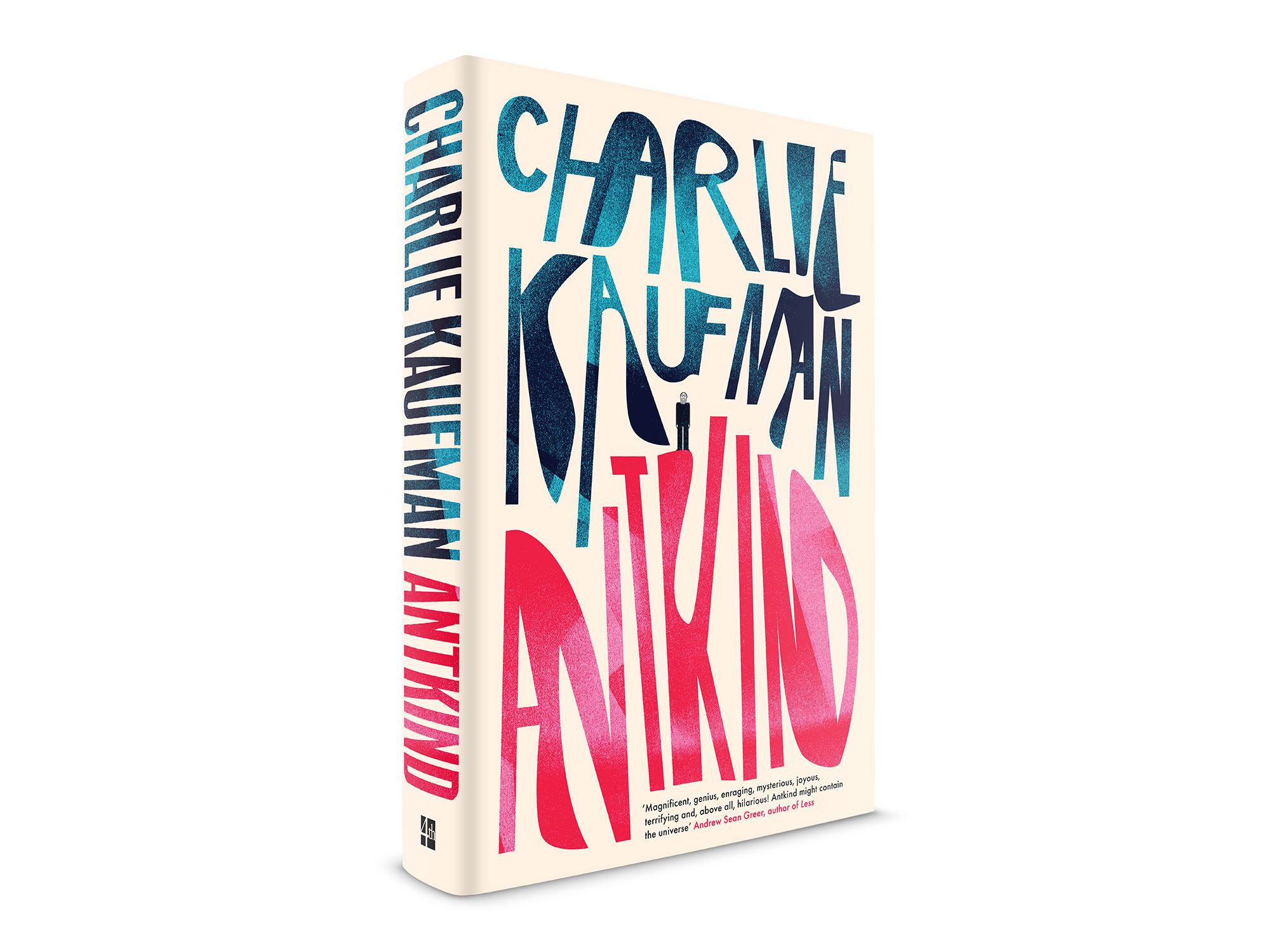 It not only seemed inevitable that Charlie Kaufman would write a novel, it’s actually surprising to discover that he hadn’t already written a bunch before he succeeded in becoming one the world’s best screenwriters on the back of titles such as Being John Malkovich, Eternal Sunshine of the Spotless Mind and Synecdoche, New York.

‘Antkind: A Novel’ (out now via 4th Estate) is his epic comic tome detailing the extraordinary travails of one B Rosenberger Rosenberg, failed filmmaker and under-appreciated critic, who meets a man who has spent 90 years making a film that is three months long. After watching the film and deeming it a profound masterpiece, it is destroyed and . Rosenberger Rosenberg then decides to dedicate his life to bringing this work of art back into being. Here we find him in the midst of that process, seeking help from TV therapists and dunking on Ron Howard…

So after these three months of pacing in my tiny, pitch-black apartment, I start to believe I might be hallucinating. The apartment looks as if it is stuffed to the ceiling with black wool. I huddle in corners, in an attempt to avoid the needles and apes hiding within. I decide enough is enough. I force myself to leave. The hallway is filled with black wool. I exit the building and hail a black-wool-filled taxi and ride through black-wool New York to see a new therapist. This one I had spotted listed as a technical adviser in the credits of A Beautiful Mind, a film by Ronson Howard that I’ve come to recognize is brilliant (late to that party!), about a guy who goes “mental,” then learns how to love and gets a big prize (not sure which, maybe an Oscar?) and gives a speech to an audience of people, one of whom is, for some obscure reason, Jennifer Connelly in old-age makeup. I didn’t entirely understand that part, but I think it’s because I had gone to the bathroom. I pieced it together and decided she was on her way to perform in a local theater production but didn’t want to miss the speech, so she put her makeup on before. The technical adviser/therapist (she’s the one who famously said “more crazy blinking” to actor Russ Crow) listens to my story and immediately suggests ketamine therapy. She recommends this in conjunction with ayahuasca therapy and that in conjunction with hypnotherapy. In addition to helping with my depression, she says, the combination might jog my memory about the Ingo film, which she feels could be at the crux of my distress. It all seems reasonable to me, possibly because I have become addicted to Percocet (discovered in the Voiceover Lady’s medicine cabinet) and am also sort of “mental” myself due to several personal issues. In hindsight, I think she might have been punking me, as the kids say nowadays. I find it highly unprofessional for a therapist to punk a depressed Percocet addict, but I sign the release for her TV show The Doctor Is In(sane)! anyway because I understand everyone has to make a living. In any event, I go ahead and make the necessary appointments with the psychiatrist, hypnotherapist, and shaman. Coincidentally, they are all available to see me on the same day, so it is fortunate they have offices in the same medical building in Midtown.

The psychiatrist, Dr. Muddy Kabir, sees me at eleven. After asking me how much ketamine I think would do me (I say maybe one glass to start), he immediately jumps in with probing questions such as, “What are you doing after?” and “Are you into shopping?” and “Do you like to hang out?” Within seconds, the ketamine has enabled a breakthrough. It turns out the depression can be traced back to my failure to get my last film project off the ground. I don’t even remember the project until the ketamine sets in, and then there it is in full Technicolor projected in my head, like it had actually been made. It’s the story of a man who wakes up one morning to discover there’s no record of him ever having existed. It’s like a dark fantasy, which I think is very cool. Like dystopian but with a really cool twist. So he has no money and can’t get a job without a Social Security number, so he resorts to stealing just to survive. One day, he steals an old lady, and he accidentally kills her by repeatedly stabbing her until she is killed. But he’s a good man and it was just the desperation that drove him to this brutal, senseless act. So he feels really guilty and decides to turn himself in, but the police can’t arrest him because of some loophole about them not being able to arrest a person who doesn’t officially exist, so he takes his case to the Supreme Court, and it ends with him giving an impassioned speech before the teary-eyed justices about how no one is nobody and if he can’t pay for his crimes then that is very unfair because everyone deserves to be able to repent if they kill an old lady or even otherwise. It’s called Who Shall Remain Nameless and it’s actually a metaphor for the modern world in which we now live, how technology isolates us, and how we are all cogs in this brutal machine we call civilization without air quotes but it should have air quotes. And big business. To say it’s a powder keg is an understatement. One executive even admitted to me that he’d totally lose his job if he financed this movie. How’s that for a powder keg?

‘Antkind: A Novel’ is published by 4th Estate and is available now.