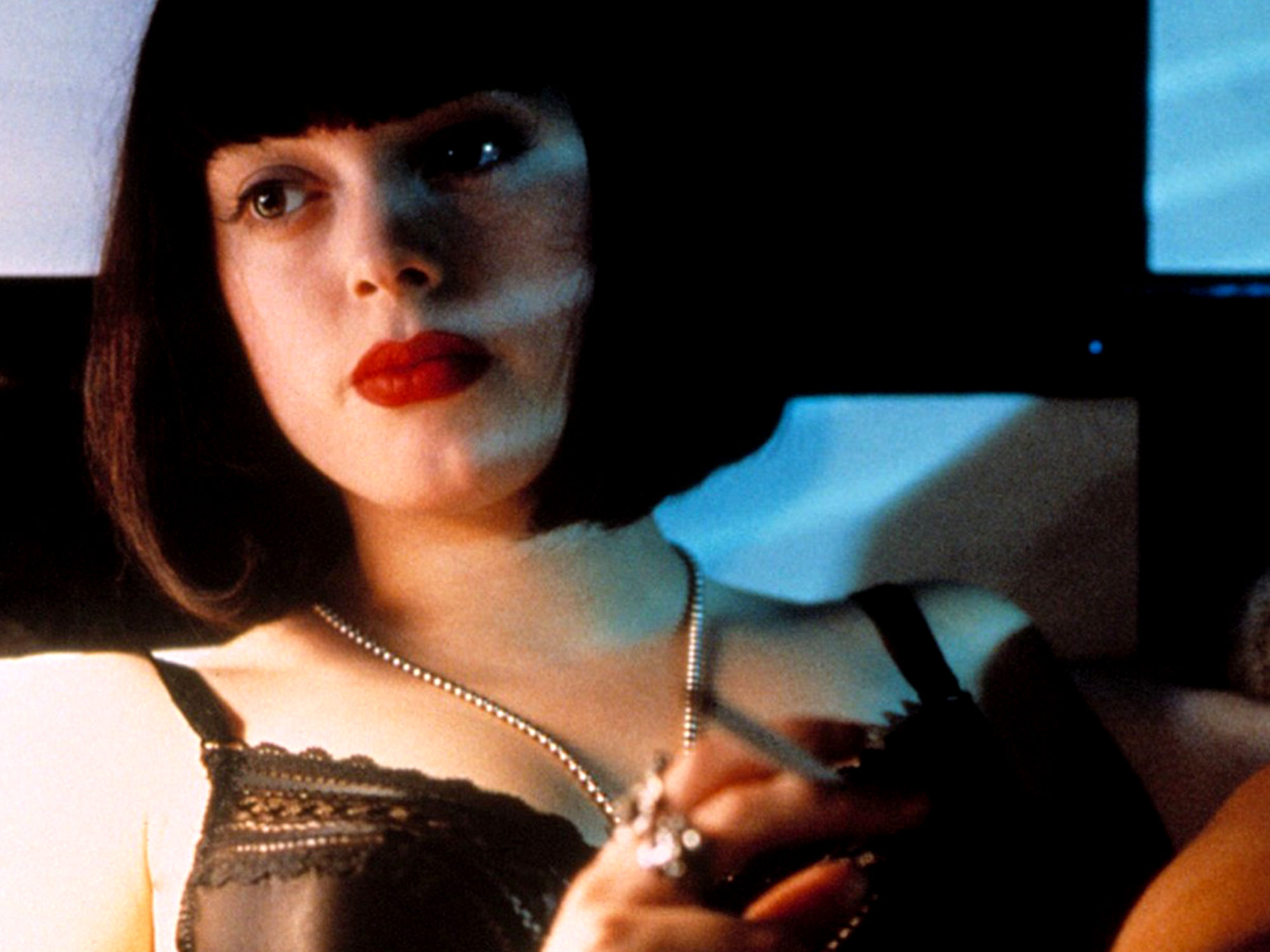 Coming of age has changed a lot in queer films over the last 20 years. As representation has changed on screen, and acceptance has changed off of it, recent queer films have been called “post-gay,” where the queerness of characters is incidental, and unimportant to the wider story, a kind of expansion of queer assimilation into straight society, a way of saying, ‘See, we’re just like you.’

But Gregg Araki’s films are different. Even 1995’s The Doom Generation, given the tongue-in-cheek description of being ‘a straight movie by Gregg Araki,’ embraces a kind of strange, punk queerness, situating characters on the fringes, living life differently to the straight majority. These lives are imperfect; the characters are lonely, victims of violence. But in spite of the bloodstains and anger that decorate Araki’s apocalyptic adolescence, it still shines a light on cornerstones of growing up queer, looking for art and parties and lovers to escape with.

The climax of Nowhere, the final film in the trilogy, sums up the nihilism at the heart of the triptych best, when Dark (played by James Duvall, who appears in all three films) says, “Our generation is gonna witness the end of everything. You can see it in our eyes. It’s in mine. Look. I’m doomed.” This short, clipped dialogue, and inner darkness echoes the novels of Bret Easton Ellis; the lonely youth and empty promises of ‘Less Than Zero’ can be seen throughout the Teen Apocalypse Trilogy.

Araki himself has spoken about the films in comparative terms, describing Totally F***ed Up as a “queer John Hughes flick,” and Nowhere as “901210 on acid.” The films exist at odds with, and alongside traditional coming of age stories simultaneously, with their worldview changed by the explicit queerness running through them. The things that the characters engage with is a reflection of this; queer authors like Clive Baker and Dennis Cooper are referenced in the trilogy, placing Araki’s characters and films within a kind of queer canon. 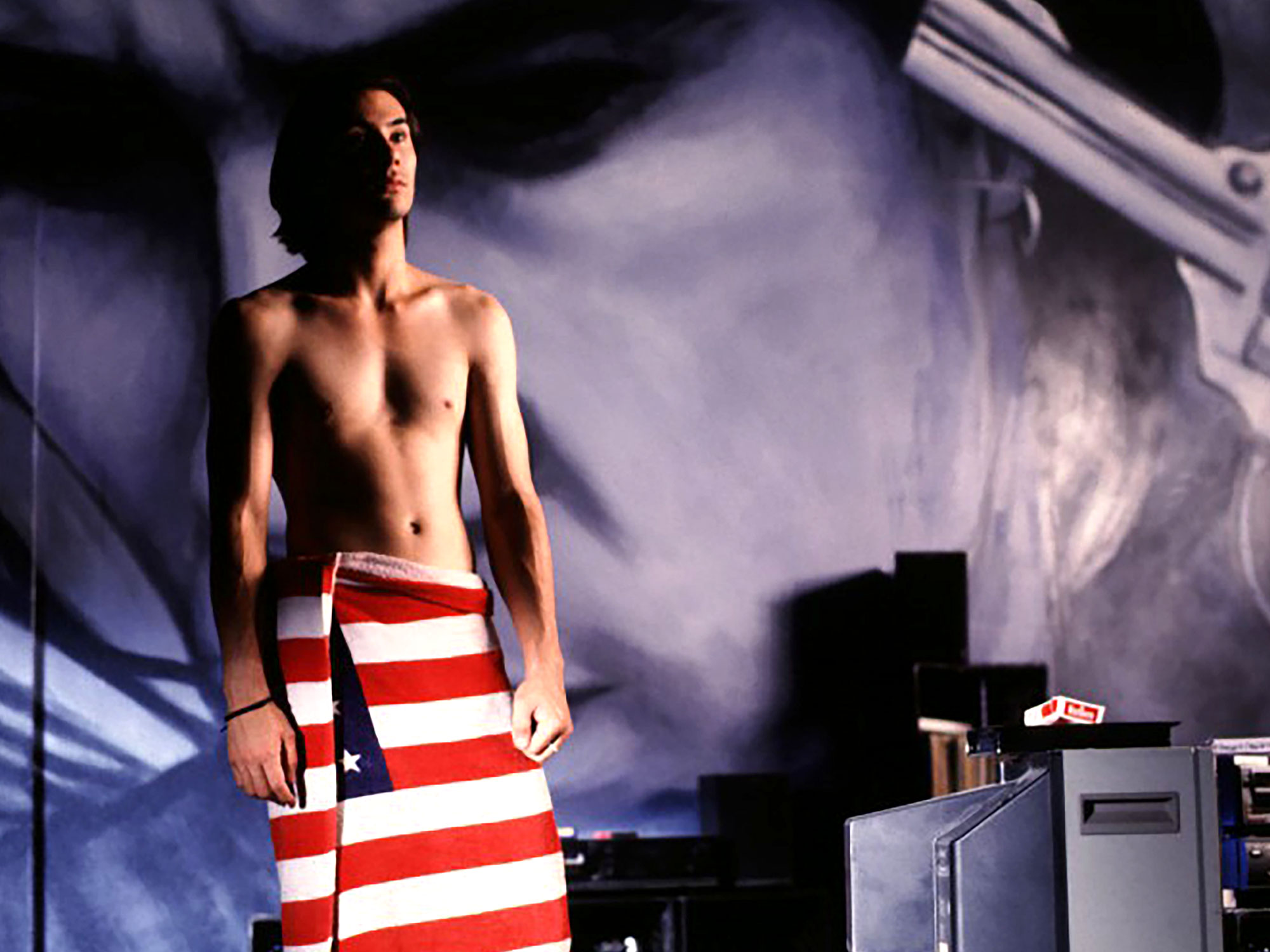 Totally F***ed Up and Nowhere are similar in the stories they tell. Both focus on groups of queer teenagers: their loves, lives and losses; all of them looking for something to hold on to at the end of the world. Not only are the vast majority of the characters in these films openly queer, Araki explores identities that even more contemporary queer films tend to steer clear of (bisexuality figures prominently, for example). The loneliness that permeates the trilogy – often characters are dealing with breakups, distance between themselves and a loved one – is inseparable from the queerness.

Araki doesn’t shy away from showing homophobic abuse, either verbal or physical, showing the ways in which the world can be inhospitable to queer people, and that even the presumed safety of family is something that can be taken away after someone comes out. This happens near the end of Totally F***ed Up and, even now, it resonates, especially when considering the rates of homelessness among young LGBT+ people.

The characters in Araki’s films feel like a kind of rag-tag chosen family; they’re often on the run, either literally like in Doom Generation, or metaphorically, with aliens and the apocalypse creeping onto the horizon at the end of Nowhere. Araki understands the kind of loneliness that can come with growing up queer, and he refuses to shy away from it; the power of the films comes from the fact that he offers a potential antidote; companionship and solidarity, ways of letting people remind themselves that, whatever the rest of the world thinks, being queer doesn’t mean you have to be alone.

As well as exploring the heart and heartlessness of queerness, Araki’s Teen Apocalypse is in tune with the ways in which people grow up; how they surround themselves with art and media, and how this can impact them. The queer Natural Born Killers energy of Doom Generation understands this as it shows surreal news broadcasts, and the masterful production of Nowhere is full of nods to a wide variety of artists, from Yayoi Kusama’s Dots Obsession, to the over-saturation of TVs in the work of Nam June Paik. Araki’s portrait of adolescence is full of knowing winks to the way the world shapes his characters, including the dark comedy of a character in Nowhere being beaten to death by an assailant who uses a Campbell’s can of tomato soup.

At first glance, it would be easy to dismiss Araki’s Teen Apocalypse Trilogy as a kind of outdated queerness, one rooted in self-loathing. But the loneliness depicted in Araki’s work is something that his characters are desperately fighting against; they’re all looking for companionship, for love. In Nowhere it’s described as the search for someone who can “hold me in their arms and tell me everything is going to be okay;” in Totally F***ed Up the characters are looking for “something for people to cling to besides TV.” Araki’s characters are looking for hope in an inhospitable environment, trying to grow up while the world is ending around them.