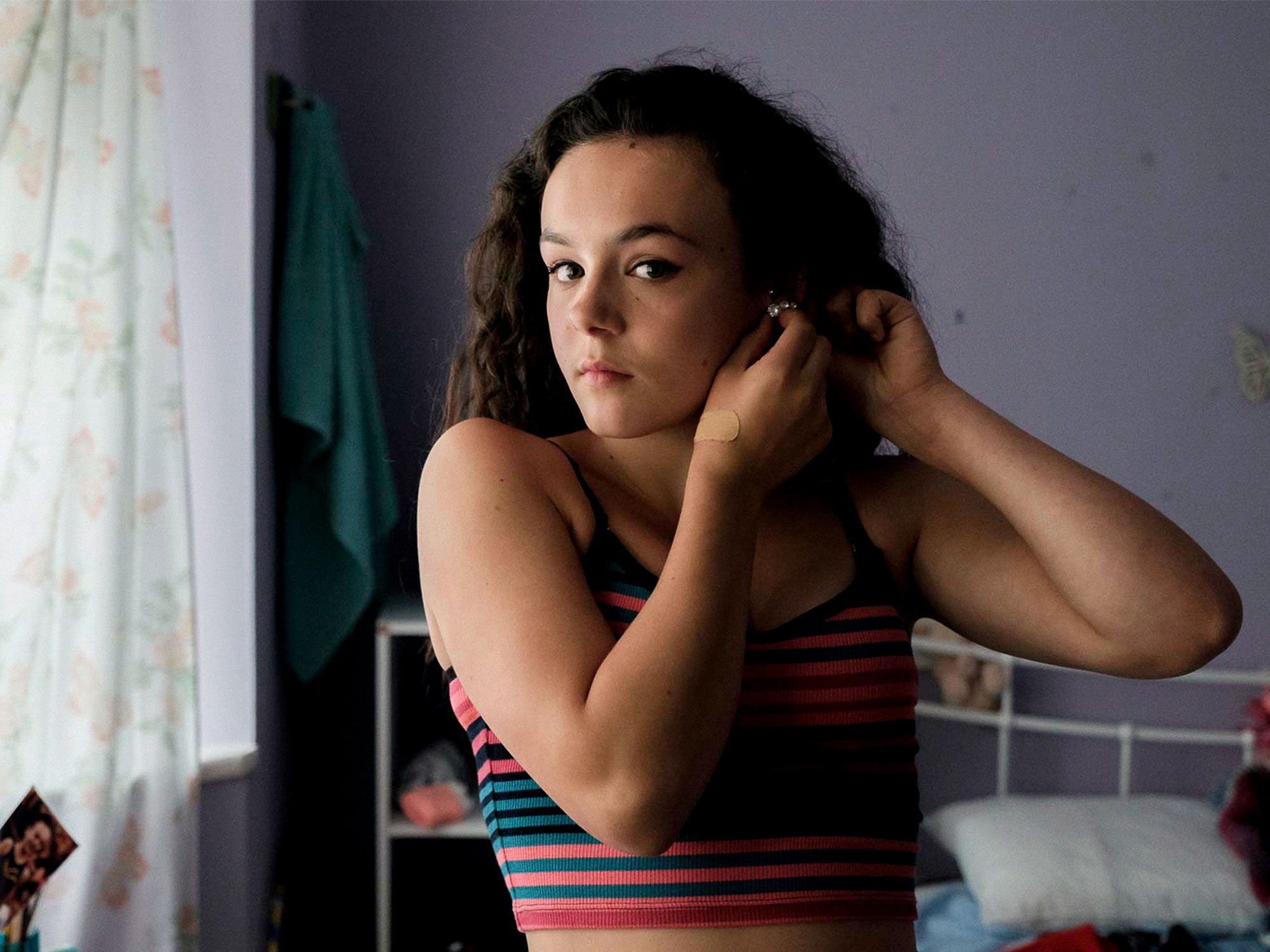 Scottish writer/director Eva Riley brings passion and heart to this wholesome coming-of-age drama. Set on the outskirts of Brighton, Perfect 10 is a film about the female experience, capturing the complicated emotional and physical stages of pubescence through a fresh and endearing lens.

Gymnast Leigh (newcomer Frankie Box) is anxious and adrift, cast as the “odd-one-out” among the well-liked and well-dressed girls in her local gymnastics club. Wearing a leotard that is both old and worn during her training, she quickly finds solace from the cruel insults and abuse thrown at her in a world which takes place entirely in her head.

Spending her days and nights by herself, walking the empty streets with only music and her thoughts for company, Leigh is identified as a daydreamer who is out of touch with the people around her. She practices her acrobatic moves alone, and is shown yearning for her classmates’ affluence. Poverty-stricken, with a distant mother and a father with whom she barely has a relationship to speak of, Leigh starts to express a short temper towards her coach that is in part a response to the lack of recognition she receives from everybody.

It is Leigh’s half-brother, Joe (Alfie Deegan), who eventually breaks through her barrier, slowly but surely implanting himself into her life. Meeting for the first time through an unwelcome dispute, Joe’s paternal presence brings Leigh a sense of freedom and confidence that she desperately needs.

Whether it’s the pair’s involvement with underground crime – stealing motorcycles, petrol and petty cash – or the emotional and humorous bond that’s formed to protect them from their absent parents, the film foregrounds the close kinship of two siblings trying to find themselves and each other.

Despite being a little rough around the edges in places, Riley’s tale of young dreams and desires makes for a memorable debut. Built around a combination of pop music and Terence Dunn’s score, which feel like a stepping stone into Leigh’s world of gymnastics, this is a mature exploration of the hardships of youth that speaks from the heart.