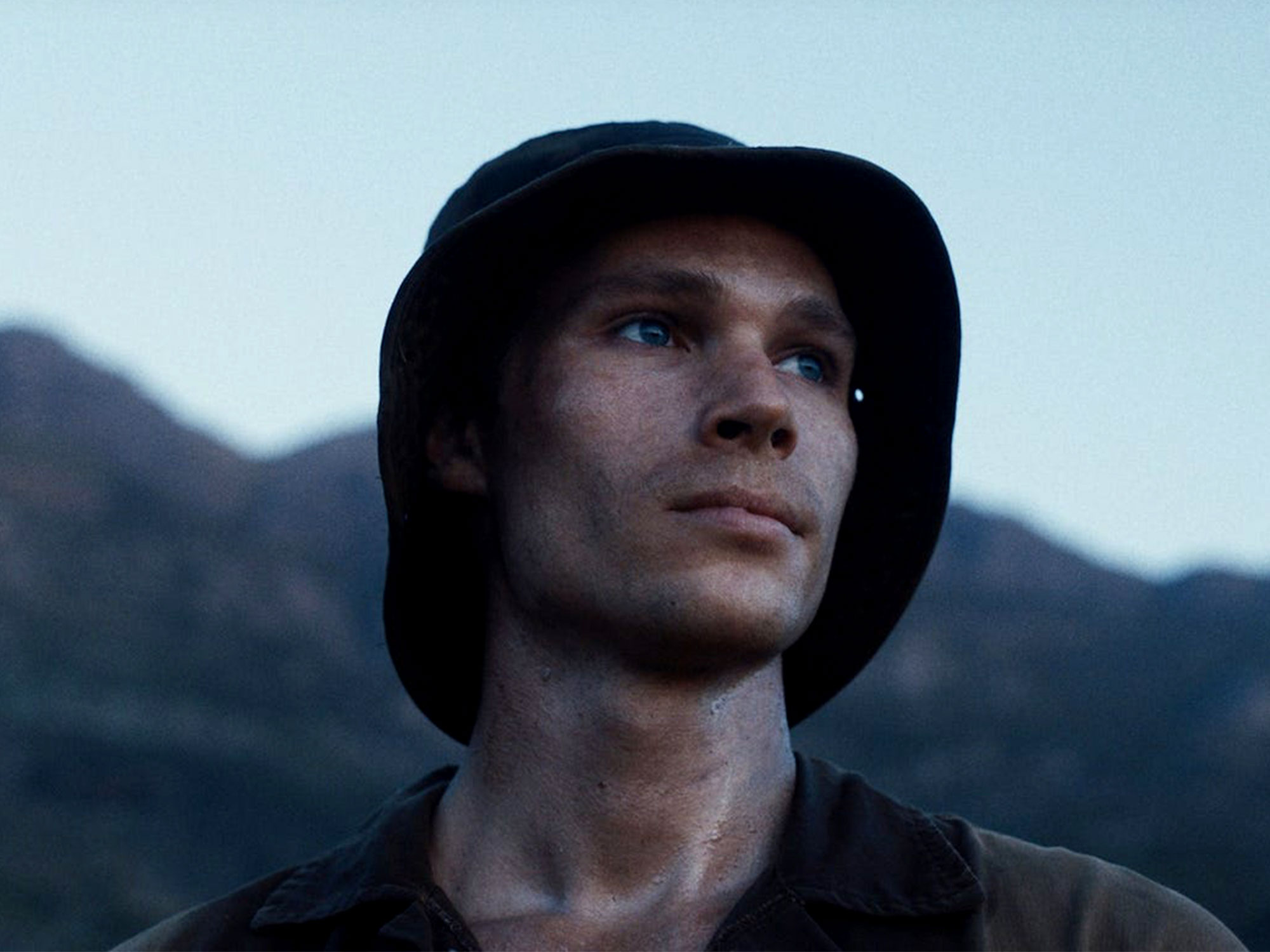 There’s no shortage of films which focus on a young man’s sexual awakening, and even before Call Me by Your Name made a heartthrob of Timothée Chalamet, queer narratives were among the most heartfelt and vital of these, from James Ivory’s Maurice to Hettie MacDonald’s Beautiful Thing.

Oliver Hermanus’ Moffie is indeed a coming-of-age story centred on a gay protagonist, but set against the backdrop of 1980s South Africa it becomes a punishing, heartbreaking tale of clandestine longing and aggressive masculine performance.

The film’s title refers to the Afrikaans slang word for a gay man – in particular, it implies weakness, effeminacy and abnormality. Nicholas van der Swart (Kai Luke Brummer) is aware of this as he enters compulsory military service, defending the Apartheid regime against the so-called “wart gevaar”, or “black danger”. Quiet and brooding, Nick does his best to fit in alongside his fellow recruits, which largely means taking orders and engaging in a suitable amount of brotherly hijinks.

Structured in a similar way to Stanley Kubrick’s Full Metal Jacket, the first half of Moffie sees Nick engaged in basic training, while the latter sees him deployed with his South African Defence Force unit. The young men are detached from the war, with little interest in who they’re fighting or why – fatigued and brutalised by training, their main focus is maintaining a pack mentality and not doing anything to draw the ire of their commanding officer.

But fellow soldier Dylan Stassen (Ryan de Villiers) draws Nick’s attention, disinterested in roughhousing or the pursuit of warfare as glory. Nick knows that his desire is considered a perversion – to be outed would be a death sentence – yet Dylan offers much-needed tenderness that can’t be found anywhere else in a warzone. And Hermanus never pretends it’s anything else; the film is often loud and bloody, gruelling and violent. It’s a difficult watch, but not half as difficult as surviving it must have been for André Carl van der Merwe, who wrote the memoir of the same name.

Although Nick remains quietly hopeful that he can emerge from his military service unscathed, and that love can indeed be found in a hopeless place, Moffie isn’t a romance. There’s stark realism in the beauty of the country, with its stunning blue skies and crystal clear oceans. It could be paradise, but the greed and rampant hatred that rule in the Apartheid regime infect everything. Moffie is a bleak but necessary reminder that we still have so far to go before everyone is allowed to love who they love without living in fear.