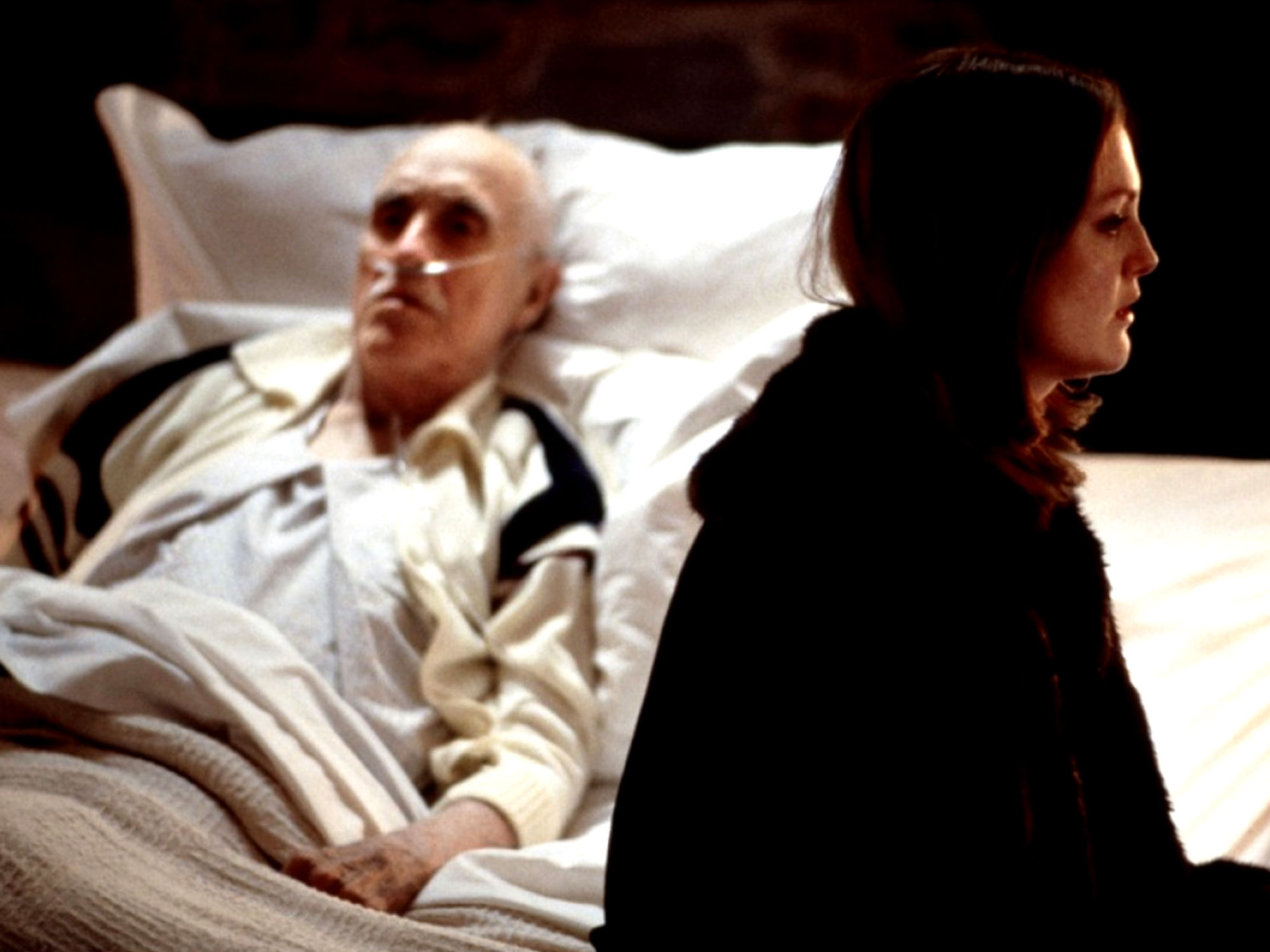 “We might be through with the past, but the past ain’t through with us.” That’s the thing about the past. It sticks to us. It scars. And the deeper you try to bury it, the more it rears its ugly head.

Scattered across the San Fernando Valley, an eclectic cast of characters are united by their fractured relationship with the past. Over the course of its three-hour runtime, Paul Thomas Anderson’s Magnolia deftly threads the themes of denial and repression through its seemingly disparate storylines, exposing the enduring hurt of unresolved trauma.

We meet Claudia Wilson Gator (Melora Walters), a fragile and skittish young woman, whose history of childhood abuse manifests itself in drug dependency. Across town, professional pick-up artist Frank TJ Mackey (Tom Cruise) takes to the stage at a seduction seminar, adopting an arrogant and egoistic persona to distance himself from the pain of being abandoned by his father. Former child prodigy Donnie Smith (William H Macy) fixates on the idea of getting braces, rather than dwelling on his wasted potential and unhappy life. And writhing in agony on his deathbed, TV producer Earl Partridge (Jason Robards) is consumed by regret.

Denial isn’t a healthy way to deal with trauma, but it can be a comfortable one. Confronting painful memories can seem like too much to bear, at times. It’s easier just to push those feelings aside. Watching Magnolia for the first time, I saw my own avoidant tendencies reflected back to me. But here, there was no judgement; only sympathy. And as the film climbed towards its emotional crescendo, it took me by the hand and led me to where I needed to be. I would learn, much like the mosaic of characters on screen, that the only way out is through.

It starts suddenly, yet slowly, with a crash on a car roof. Before long, it turns into a deluge – but not of rainwater. Of frogs.

This Biblical downpour couldn’t be more perfectly timed. As denial gives way to self-acceptance, the heavens open and frogs fall from the sky. Frank TJ Mackey sobs at his estranged father’s bedside, cursing him for his selfishness while begging him not to give in to death. Claudia, at long last, has found someone with whom she can be vulnerable, someone who promises to listen without judgement and to create a safe space to talk about what she has suffered. All across the city, walls that took years to build up suddenly come tumbling down. Acceptance is raw, messy and emotionally exhaustive, but it’s the crucial first step towards healing.

“Life ain’t short, it’s long… it’s long, goddamn it,” a close-to-death Earl desperately laments to his bedside nurse. As fate would have it, our characters come to this same realisation precisely as the rain of frogs begins. Life is long. It’s far too long to live burdened by the past. The anger. The sadness. The pain. At some point, you just have to let it flow through you like rain.

“When the sunshine don’t work, the good Lord bring the rain in.”

Tears fall and the rain pours. Epic in scope and rich in symbolism, the famous downpour of frogs is anything but subtle. But Magnolia isn’t trying to be. At times lapsing into showiness and melodrama, the film never shies away from emotional abundance. Overcoming long-suppressed trauma can feel triumphant and revelatory, and Magnolia’s climactic, cathartic rainfall is an unapologetic celebration of this new-found liberation.

Cleansing and transformative, the rain washes over us. Magnolia rewards repeat viewings, and on returning to this film, I feel as unburdened as the onscreen characters each time that the frogs begin to fall from the sky. When Frank sobs, I sob. And when Claudia finally smiles, I smile. Much discussed and often derided, for me, the film’s deluge remains the most purely cathartic moment in cinema history. It’s a reminder of the peace that comes with acceptance. It reassures that you are more than just the pain of your past.

One day, a great rain will come. And when it clears, there’ll be nothing but dizzying, rapturous freedom.

The post Magnolia at 20 – In praise of PTA’s cathartic masterpiece appeared first on Little White Lies.