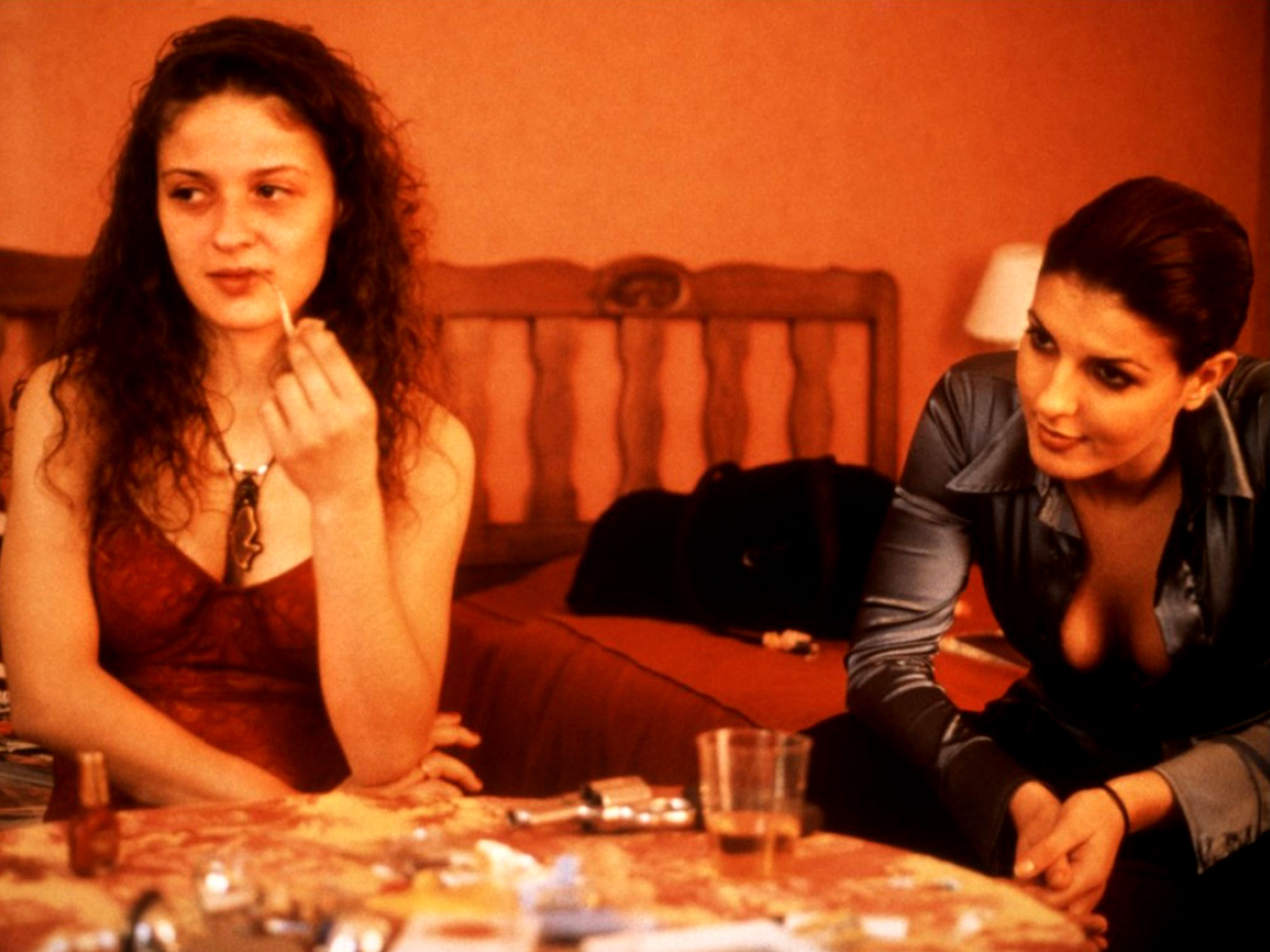 The New French Extreme is defined by its roots in art house, exploitation and horror. Coined by Artforum writer James Quandt, the term refers to a series of transgressive films made by French directors at the turn of the new millennium.

Each release out-shocked the last with frequent depictions of incest, cannibalism, sadomasochism and rape. Beyond the veil are often social and political critiques, the seeming objective of which are not to incite change, but merely to snarl at the gender and racial injustices of contemporary French society.

Twenty years since its initial release – a world in which graphic and extreme pornography is just a click away – and still the gritty crime thriller does not fail to shock. It should come as no surprise that the most contentious cut arrives less than ten minutes into the film, as two characters are subjected to a gang sexual assault.

Written and directed by feminist author and filmmaker Virginie Despentes, the film is based on her 1994 novel of the same name. Both works have become somewhat of a cause célèbre in their respective worlds, not least because of the creator’s own encounters as a pornographic critic and sex worker. Even before the cameras were rolling, Despentes’ adaptation pertained to the Gen-X sexual revolution she so furiously embraced, enlisting pornographic actress Coralie Trinh Thi as co-creator and, of the same vocational ilk, Karen Lancaume and Raffaëla Anderson as our leading anti-heroines.

The film tells the story of Nadine (Karen Lancaume) and Manu (Raffaëla Anderson), a part-time prostitute and occasional adult movie star whose paths cross when they flee their small southern town, having both committed the murder of their personal oppressors. Although the build-up to the killings is brief, it’s enough to develop a motive, especially for Manu, who shoots her brother due to his vicious accusation that she hadn’t responded to being sexually assaulted in the “right” way. Nadine, on the other hand, strangles her overbearing housemate after a heated fight.

Soon enough, the pair find an ally in one another over their mutual love of sex and homicide, choosing to thrust a middle finger to a society that had rejected them and embark on a tour of death and debauchery. Scenes of (unsimulated) sex and (simulated) violence follow, as do the police who are hot on their trail. It’s this road-movie-cum-rape-revenge format that earned Baise-moi the unofficial tagline: ‘Thelma and Louise get laid’.

At its zenith, Baise-moi sparked outrage among audiences and critics alike. The title alone (translated as “Fuck me”) proved commercially problematic. As a result of stringent campaigns and a lawsuit from far-right group Promouvoir, Baise-moi was eventually banned in its home country, an unprecedented move given the French censorship board’s reputation as the most lenient in the world.

Similarly to a majority of the New French Extreme participants, the controversy of Baise-moi caused a media storm that superseded the real significance of its intent. Away from the tumult, an often overlooked undertone was (and still is) the groundbreaking portrayal of female friendship. Underneath the angst, Nadine and Manu represent the antithesis of the tyrannical figures who had dictated their movements up until this point. In finding each other, they find liberation.

After agreeing to travel to Paris together, what ensues is a montage that wouldn’t be out of place in a buddy comedy: the new comrades dancing in a hotel room in their underwear, anticipating the frenzy that’s to come. Not once is their friendship presented as cloying or futile, nor is it a question of uniting in the name of vengeance. Instead, through an anarchistic filter, Nadine and Manu’s solidarity allows them to find a way to live with their ongoing trauma.

Baise-moi culminates in a climactic scene that strips back the firing of shots and semen and presents viewers with the question: can female experiences, dominance and sexual agency survive under patriarchal regimes? It’s sentiments like these, tragic they may be, that provide one of the many aspects of the film that are often dismissed by critics.

By taking the less sensationalist elements into consideration, the shock factor of Baise-moi becomes merely a by-product that challenges the viewer to look beyond the sex and violence. Beneath the surface exists an optimistic alternative to the imperious expectations of women in society. And by crushing this vision right at the last minute, perhaps Despentes is implying the idea is one that, like the film, the world just isn’t quite ready to accept.

The post Looking beyond the violence of Baise-moi appeared first on Little White Lies.