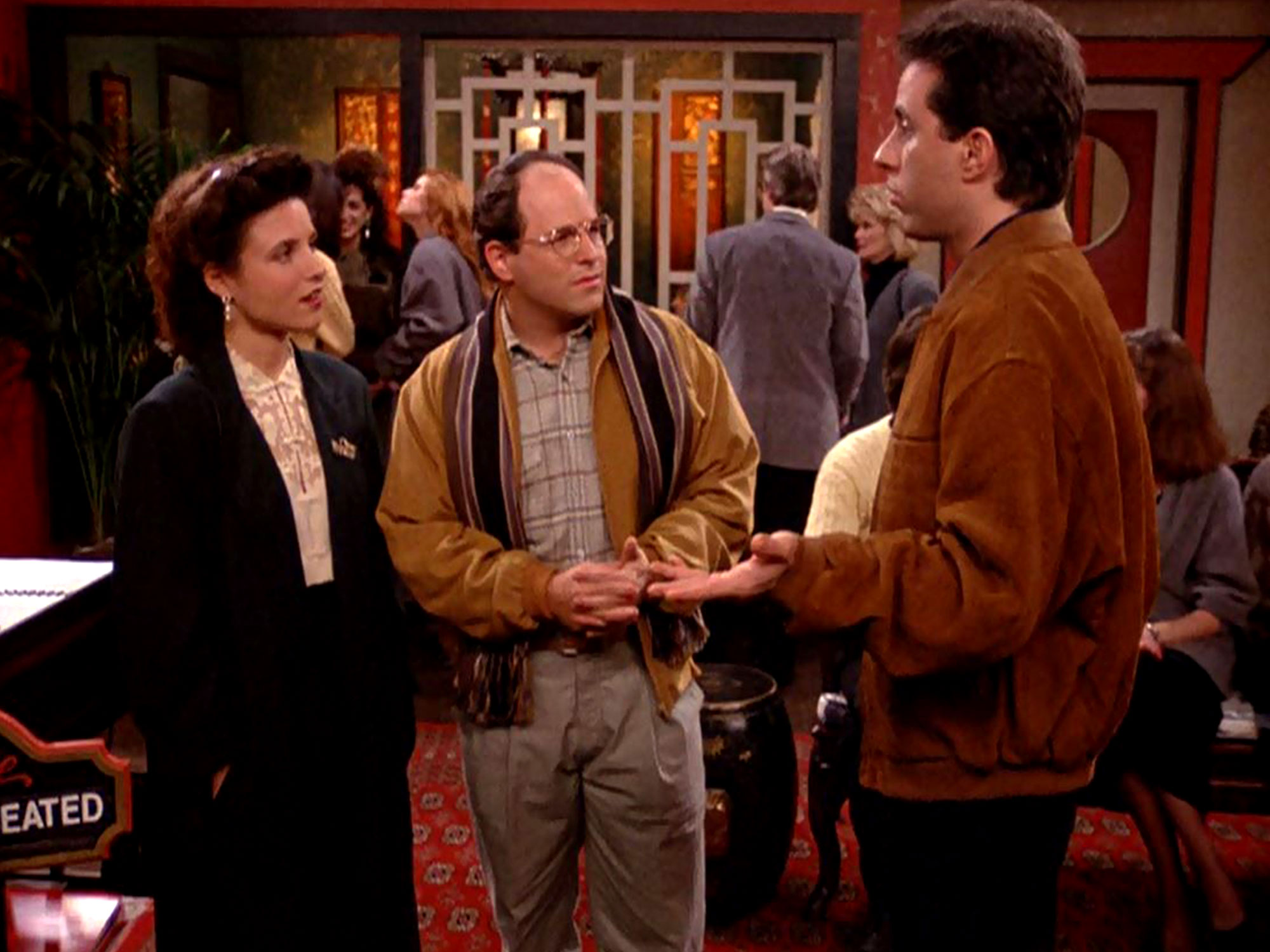 As we prepare to go – or have already gone – into lockdown mode, it’s important to keep our minds occupied and off the new, dreaded C-word. One of the main things to remember during this time is that there are a lot of positives to be taken from this situation. It’s an opportunity to check in with ourselves, our closest relationships and the way we interact with each other. To practice compassion and build each other up – through shared tears, laughter and everything in between.

One way to do that is by watching good shows together or discussing them with our friends and family from afar. Remember: many of our favourite TV characters have found themselves in similar situations, by ways of bottle episodes. Granted, these characters were usually locked up for less than a couple of hours, but these episodes still serve to remind us that not all is bad. After all, we’re bound to get our Chinese takeaway delivered faster than Seinfeld was seated at his local restaurant. Silver linings, people. Here are the best bottle episodes to stream online during lockdown.

Seeing George Costanza (Jason Alexander) get worked up about anything is a treat. Stick him into a bottle episode like ‘The Chinese Restaurant’ and you’ve got yourself an instant classic – one that puts things into perspective. While we can even still get food delivered to our door, George, Elaine (Julia Louis-Dreyfus) and Jerry (Jerry Seinfeld) can’t even get a table at a restaurant.

Written by Seinfeld and Larry David, this classic episode almost didn’t make it to air; it was only when David threatened to quit that NBC agreed to do so. We continue to thank him kindly for his stubbornness.

So, there you have it, lockdown lesson number one: waiting around can result in great things. Not necessarily for the characters on the show, but for the writers who dared create “a show about nothing”. What’s your move?

Lena Dunham’s Girls is a show we love with characters we love to hate, most likely because they represent all the things we don’t like about ourselves. This made it all the more compelling to watch them mature over the course of six seasons, and ‘American Bitch’ is a testament to this growth, particularly Hannah’s (Dunham).

The entire episode is focused on her conversation with renowned writer Chuck Palmer (brilliantly portrayed by Matthew Rhys) about his abuse of power in relationship to young women within the confines of his apartment. Ending on an extremely powerful note, ‘American Bitch’ is exemplary of the #MeToo era, and also happens to work perfectly as a stand-alone episode.

Lockdown lesson number two: not everyone is lucky enough to feel safe in their own home. Reach out to people who might find themselves in difficult home situations in whatever way you can. Solidarity, people.

Community was one of the most creative sitcoms of the decade, with a cast that truly made their characters memorable. Annie (Alison Brie), Troy (Donald Glover), Abed (Danny Pudi) and co. reclaimed the terms freaks and geeks proudly, celebrating and accepting (or humouring) one another’s quirks and differences.

In ‘Cooperative Calligraphy’, Annie’s obsession over a missing pen gets everyone turning against each other and into biting mode. When the bickering reaches an all time high, Jeff Winger (Joel McHale) issues a lockdown until the culprit is revealed. The pen is never found – at least not by any of them – but the moral of the story is: choose to trust (your friends).

Lockdown lesson number three: go with the emotional outbursts; your own; your toddler’s; your partner’s. Trust there’s a reason for it, let it happen, and let it pass in true Winger style. Well, a speech might not be necessary, but communication never fails.

Breaking Bad’s White (Bryan Cranston) and Jesse Pinkman (Aaron Paul) always had a complicated relationship, and moments of genuine friendship were few and far between. In ‘The Fly’, possibly one of the best episodes of the series, we get to feel some form of respite, one that almost fools you into believing this could be the profound moment that changes their toxic relationship forever.

Set in the meth lab over one night and two days, this episode veers so far from the show’s usual action-packed format and pace, some viewers had a hard time settling into the rhythm. Once you let go of your typical Breaking Bad expectations, however, you’ll appreciate it for what it is: a message for Jesse and Walt to slow down.

Lockdown lesson number four: hear the episode’s message. Slow down. Listen. You might hear something new.

Sometimes spontaneous hang-out opportunities turn out to be the best scenarios for the beginning of prospective love stories. Just not necessarily if you’re awkward, like our beloved Abbi (Jacobson) from Broad City. When ‘Hurricane Wanda’ forces an impromptu apartment-party with all the usual suspects and Jeremy (Stephen Schneider) on Abbi, her cool quickly melts into a messy puddle of mumbling insecurity. Her nerves end up brewing up an entirely different kind of storm in her stomach, only there’s no way to drain it…until Ilana steps in to save the day. Or so she thinks.

‘Hurricane Wanda’ is a weird testament to female friendship and the – literal – shit we will take from/for our BBFs.

Lockdown lesson number five: believe in yourself. You’re awesome, you can do anything (except go out). Be grateful for every minute with your friends but trust yourself to handle your own business. You’re gonna have to.