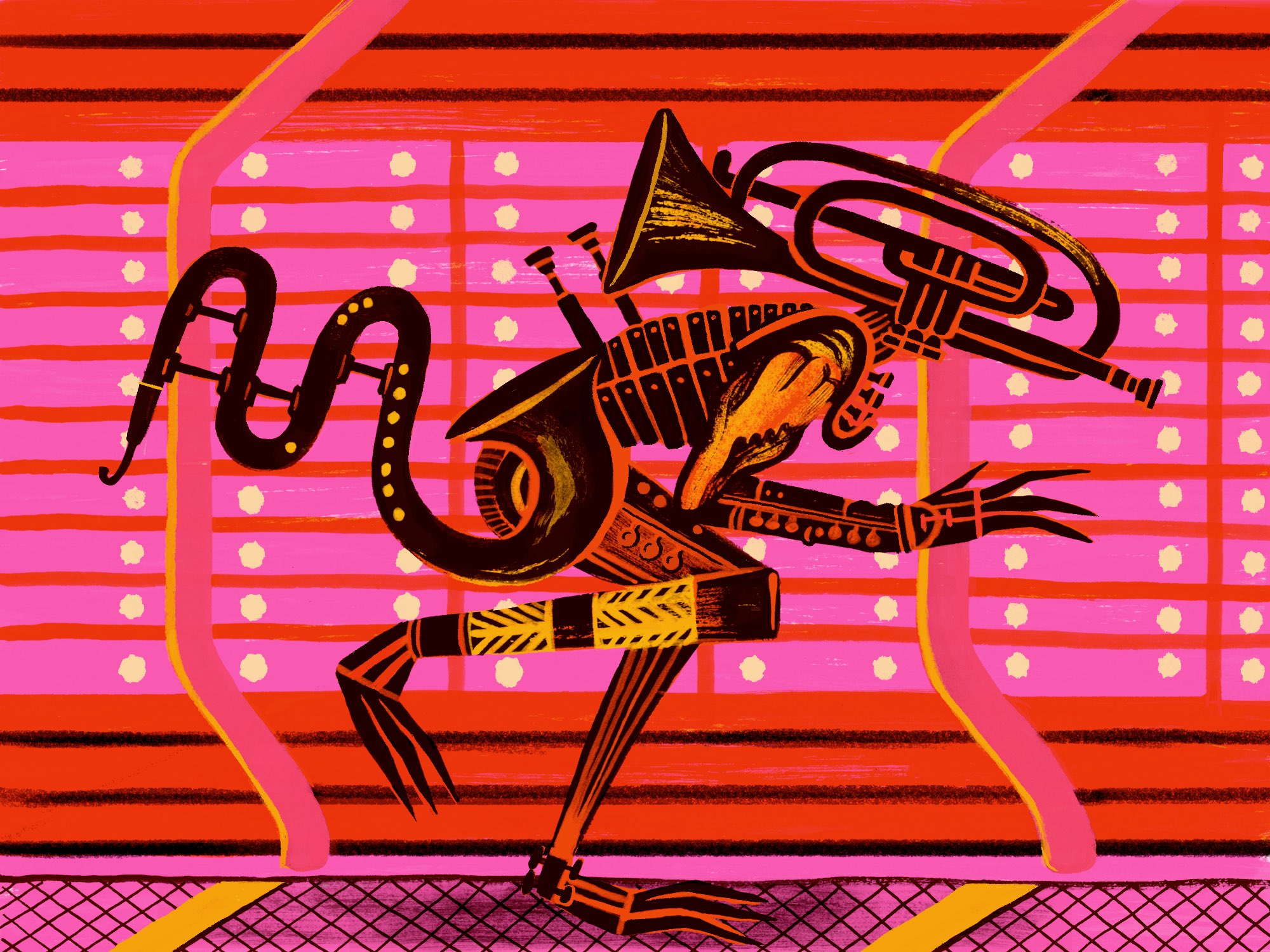 Bobby Krlic’s music, particularly under The Haxan Cloak moniker, is made for people who enjoy staring into the void and wondering what lies on the other side. On 2013’s still brilliant‘ Excavation’, a record that explores the journey we go on after taking our last breath, the British electronic artist creates an atmosphere of dread, utilising deathly strings and distorted bass that flicker between vibrancy and decay.

Speaking from his home in Los Angeles, where he recently relocated as he steps up his blossoming career as a film composer, Krlic reveals that his distinctive style was partly inspired by Ridley Scott’s Alien, which he begged his parents to rent from Blockbuster Video. “I was only nine, but I eventually ground them down,” he recalls. “My dad kept on warning me about the chest-burster scene and when it finally happened I ran away in tears. I was so disturbed, but there was something about the film, particularly the score, that I couldn’t stop thinking about, so I watched it again and again.

“The way [the score] shifts between embracing the romance of space to putting you in a position of unimaginable terror was so interesting to me,” Krlic continues. “Working in those polar opposites and juxtapositions, and finding ways to bring dissonance and calm into the same song is honestly one of the big goals of my music, and that’s got a lot to do with experiencing Alien at such a young age.”

Fresh from winning an Oscar for his work on The Omen, composer Jerry Goldsmith was hot stuff when he hooked up with Scott back in 1978. Goldsmith too wanted Alien’s music to convey the endless possibilities of space, but his vision was slightly different to Scott’s, who was more interested in bending guttural textures to signify the impending brutalism of the Xenomorph.

Goldsmith was incensed when Scott bluntly chopped up his score and mixed it with cues from his previous work on John Huston’s 1962 biopic Freud, which he had purchased the rights to use without Goldsmith’s knowledge. But this splintered approach worked perfectly for a film already built around abrasively shifting between the wide-eyed wonder of sci-fi and the sinister stalker theatrics of gothic horror.

Films set in space in the 1970s were typically underpinned by camp, angst-driven orchestral scores, but Krlic was impressed with Goldsmith’s more modern approach. “Jerry was trying to nail the atmosphere rather than create an iconic space theme people could hum on the way to work,” he explains. “Alien was such a non-traditional way of making classical music. Jerry uses winds and strings, didgeridoos, Indian Conch shells, and a serpent, a unique wind instrument that’s as snake-like as the Xenomorph’s tail. He was processing these sounds with tape echoes so they sounded really alien.”

The shivery scene where the crew of the Nostromo land on an alien planet, only to find the Xenomorph’s eggs, is famous for Goldsmith’s haunting “alien wind” effect, which was created by running an Indian conch shell through an Echoplex tape delay machine. It sounds like distant ancient screams, slowly filtering through the wind to warn the crew of the horrors that lay ahead. According to Krlic, the music in this scene also has lots of similarities with how electronic producers work in the studio.

“Alien inspired a whole generation of electronic musicians. You can hear so much of it in early ’90s drum and bass or jungle, basically anything reliant on texture rather than melody. All those weird synth pads you heard in the ’90s in clubs were all lifted from Alien, too. It’s chopped up like an Aphex Twin record.”

Krlic says that the way his score for Ari Aster’s 2019 folk horror Midsommar plays with conventions was directly inspired by Alien. “I love the way it’s set up as sci-fi, but it’s really a horror. Similarly, Midsommar is set up to be a horror, but it’s really a twisted fantasy movie. Ari wanted me to create a perverted version of The Wizard of Oz. When you see Christian being boiled alive in the bear suit, the music has a joyous choir that comes in and all this regal music. We wanted it to be pompous and funny as well as horrifying. We both believe music is at its best when you don’t know whether to laugh or cry.”

Alien is now more than 40 years old, and Krlic believes that Goldsmith’s score is a bit part of why it has endured. “Just think about the title sequence and the way the music goes from pure beauty to eerie strangeness. It’s so hard to work out what instruments Jerry is playing, but great film scores should have that mystique. They should be created with the kind of magic that’s hard to put your finger on. A great film score creates more questions than answers, and that’s why Alien is one of the best.”