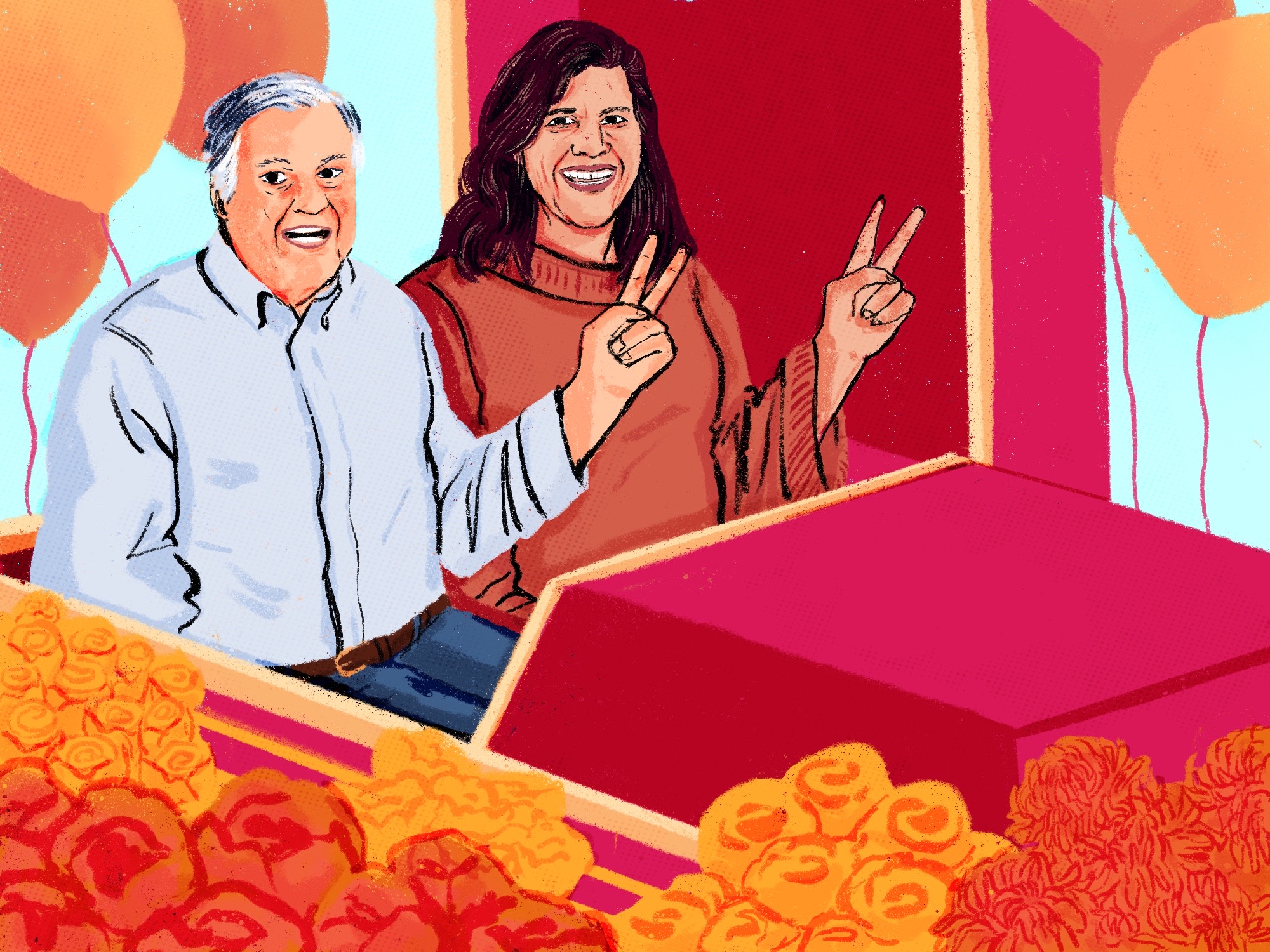 More than any other artform, cinema has the ability to immortalise people. In her deeply personal meditation on loss and memory, documentarian Kirsten Johnson takes this maxim to its logical extreme. Dick Johnson Is Dead, her follow-up to 2016’s Cameraperson, is a love letter from a daughter to a father, but perhaps more than that it’s a celebration of the power of the movies – how they allow us to process huge existential questions connected to life, death and everything that comes after. Here the director discusses the making of her profound statement of the human condition, and why the film ultimately about hope.

LWLies: I have to start by asking how your dad is doing.

Johnson: My dad is utterly himself. He’s also newly in a dementia care facility. He stayed with my brother from March until July which was just an incredible gift to our family that the pandemic gave us. My brother is the head of the Smithsonian Natural History Museum and works incredibly hard, but when the Museum shut down he was able to stay with my dad. Between Covid and the state of the dementia, the only thing that feels tenable to us now is having him in a home, which is brutal, I’ve got to say – it’s working out really well and they’re treating him really well but he’s still like, ‘When are you coming to get me?’. I’m definitely feeling what a lot of people are feeling in this time which is the impossibility of being with the people we love most.

We premiered at Sundance in January and I think our last day of filming was late November [2019]. But I had the initiating dream for the film in 2016.

It’s interesting to see Dick’s condition begin to decline over that period. To what extent did the film change as you were making it?

It changed a tremendous amount. The thing with dementia is it makes you feel like you’re grasping at something that’s disappearing in front of you. When I first had the idea it was this incredibly exuberant thing, I wanted to travel around the world with my dad and go to Hong Kong and meet Jackie Chan and we’re gonna go to Ghana where they have these incredible caskets… By the time we had gotten the funding for the film it was really clear that we were going to have to do different kinds of stunts from the ones I’d originally thought of.

As soon as we did the first stunts I was like, ‘Oh my god, we’re actually gonna kill him’. So on one level the hope and the scale of what I thought the film could be had to change, but also I had this feeling of, ‘I’ve started too late… I’ve started too late…’ It was only at the very end that I had this realisation that we did capture him. I thought he was already gone. That was the feeling the whole time we were making the film.

You’ve spoken about the ability of cinema to immortalise people. Can you expand on that?

I’m terribly grateful to the power of cinema. I really mean it in very real terms. It wasn’t just about capturing his likeness, it was me trying to keep my father alive, to stop him from falling apart. That’s what I was asking of cinema. Because I do think there’s a difference between the memory of a person and the filmed presence of a person.

I was listening recently to an interview with Oliver Sacks about hallucinations, and apparently bereaved people often have hallucinations of the people they’ve lost. He was saying that it’s not imagination; the part of your brain that is actually seeing and hearing is activated. So in a sense it’s like when you’re watching a movie: you’re not imagining the movie in front of you, you are experiencing the movie. It’s like, I love Buster Keaton, and he’s never been dead to me, he’s always been alive. So that was what I was grasping for. Actually I was shooting even higher than that – I wanted to make this movie in a whole new way.

What was the first death scene that you filmed?

The first thing we tried to get him to do was to trip. It was actually terrifying because we couldn’t communicate to him that he shouldn’t really trip. My father is already unstable on his feet, you know, because he has no toes. So I was trying to figure it out and I was working with the wonderful stunt person named Kemp Curley, and we would say to my dad, ‘Just bob your head a little bit and move this way a little,’ and then he would start to fall and Kemp would have to grab him. He would forget what we would tell him, so the stakes of it were very active from the beginning.

Actually I think it was him falling down the stairs that we filmed first, because we were alone in the house together and I made him lie down at the bottom of the stairs. There’s an incredible humility to that, that my father – at that point he was 84 – would just willingly lay himself on the floor and pretend like he’d had a horrific fall. The vulnerability of that… not just to see my father in such an extreme situation, but his understanding of the situation, really humbled me.

One scene I’d love to talk about, without giving too much away, is the funeral scene. It feels like the part of the film where you yourself are at the furthest remove from what’s happening.

It was a really powerful experience. I’d had a lot of conversations with my dad’s friends and associates in inviting them to the funeral, and all those people knew my dad, loved me dad, knew he had dementia. So they were ready in some ways to mourn him, and they showed up for that. It was probably the most challenging part of the film for me and my brothers. I asked everyone who spoke to speak in the past tense, and my brother couldn’t. I actually did film myself giving a eulogy – we filmed a day with the casket where it was just the cast and crew, and the eulogy I gave to the cast and crew on that day was closer to the emotionality I have.

I was too bifurcated during the whole funeral: I was directing, I was the daughter, I had to wrangle everything and make sure the ceremony went ahead as planned. In the end we very purposefully took the camera away from me at certain moments and gave it back to me at others. So I was able to be up with my father watching, I was able to be down with the crowd mourning but also directing the scene. When I first started making the film I thought I was going to keep making it until my father really died. So I thought we would have the mock funeral and then do his real funeral at the end, but I realised that we had both already in what we’d filmed. But you’re right, I think I was protecting myself. I was seeing it from afar. I actually woke up the morning after the funeral kind of devastated because I think I thought that doing the funeral would mean that my father wouldn’t have to die.

You’ve described approaching the film with a sense of gallows humour. Why do you think we use humour as a mechanism to deal with death?

I think there are some situations that are so far gone that there’s no other way of coping. It strips away the performance of society. It strips away the pretence of how we present ourselves I have full respect for the way that people wish to maintain their dignity, but I think that humour arises often when your dignity has been taken from you, or when you realise that dignity can’t save you. From the travelling I’ve done through my work, I learned from people who are living with so much more difficulty than any human should have to endure: go to that place and you will find hilarious people there. Anywhere in the world, when things are really bad there’s someone who’s really funny.

The post Kirsten Johnson: ‘I was asking cinema to keep my dad alive’ appeared first on Little White Lies.