After years of anticipation, Apple has finally launched the iPhone SE 2020 in the Indian market. And with a price tag of Rs. 42,500, it beats the iPhone XR to be the cheapest iPhone in the company’s current lineup. However, the price difference isn’t still very huge between the two devices. So, is it worth spending extra money on the XR? Let’s find out in our detailed iPhone SE 2020 vs iPhone XR comparison. Design is indeed the most significant differentiating factor between the two iPhones. For starters, the iPhone SE 2020, despite being newer, looks very dated with its iPhone 8 design. It features a physical home button with chunky bezels on top and bottom, which was the case with most phones back in 2017.

The iPhone XR, in comparison, features an edge-to-edge display with a notch on top. Nonetheless, both the phones look similar at the rear with the glass panel having a single camera on the top left. Though, the lens on SE is a tad smaller with flash placed to the right. Also, it gets a centered Apple-logo to differentiate from iPhone 8.

The iPhone XR gets support for FaceID to unlock the device. Whereas the iPhone SE employs traditional TouchID, built into the home button. Both the phones are IP67-rated for dust and water ingression. As of now, Apple has announced three colors for the new SE. This includes White, Black, and (PRODUCT)RED options. Whereas the iPhone XR offers way more colors to choose from, including Yellow, White, (PRODUCT)RED, Coral, Black, and Blue options. Both the panels offer a 1400:1 contrast ratio, True Tone display, and a maximum brightness of 625 nits. Plus, they’re equally sharp, with a pixel density of 326ppi. However, the larger edge-to-edge panel on the XR makes up for a more immersive experience, especially while consuming media.

Both the chipsets comprise of a six-core CPU with two performance cores and four power-efficient cores. The A13 Bionic offers a 20% faster CPU and GPU performance while still being 30% more power-efficient than the previous-gen chip. Plus, the new Neural Engine adds a 20% boost and uses 15% lesser power.

Evidently, the iPhone SE has a significant edge over the iPhone XR with regards to performance. However, the latter is no slouch either and will handle anything you throw at it with ease. The SE comes in a total of three storage variants, including 64GB, 128GB, and 256GB options. Whereas the iPhone XR has only two choices in the form of 64GB and 128GB models.

For photography, the two iPhones get the same single 12-megapixel camera with an f/1.8 aperture at the rear. It features a six-element lens, Autofocus, Smart HDR, and True Tone flash with Slow Sync.

Both the phones bear Optical Image Stabilization and support 4K at 60-fps, followed by slo-mo videos up to 240fps. The newer chip on SE will technically help with better image processing, AI, and AR. However, the difference shouldn’t be very huge.

For selfies, there’s a 7-megapixel front camera with f/2.2 aperture. However, as of now, the XR supports 1080p recording at 60fps while the one on SE maxes out at 30fps. Note that the iPhone SE doesn’t bear a TrueDepth component; as a result, you won’t be able to use features like Anomoji or Memoji. 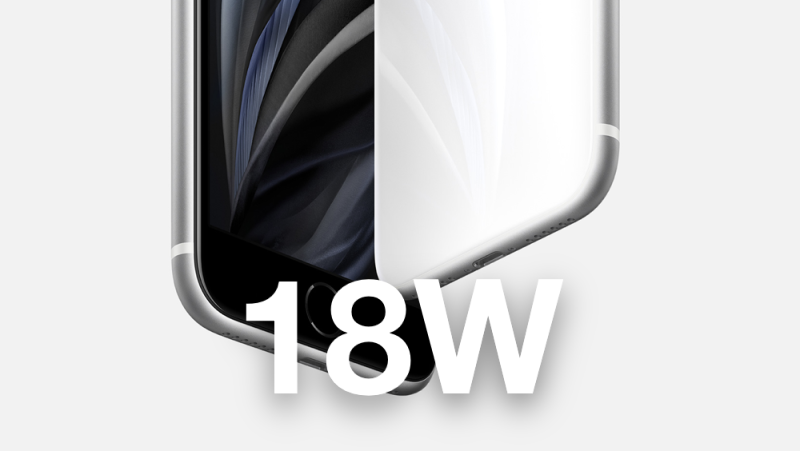 We all know that Apple never reveals the exact battery capacity on its iPhones. In the case of iPhone SE 2020, Apple says that it lasts about the same as iPhone 8. This makes it inferior to the iPhone XR, which is touted to lasts up to 1.5 hours longer than iPhone 8 Plus. In fact, it was once the best-battery iPhone, before the arrival of the iPhone 11.

Both the phones get dual-SIM support, using a nano-SIM alongside an eSIM. Although, the iPhone SE gets Gigabit-class LTE and faster 802.11ax WiFi 6 (like iPhone 11), compared to the XR’s Advanced LTE and 802.11ac WiFi standards. Neither of the two supports 5G connectivity or 3.5mm headphone jack.

Compared to the iPhone XR, the new iPhone SE 2020 offers a faster processor and better connectivity for a lesser price tag. It’s also got a compact form factor and more storage options. But then again, the XR gets you a bigger edge-to-edge display, better battery life, and FaceID while still offering excellent performance and equally good cameras. Plus, you get multiple colors to choose from.

All-inclusive, the new iPhone SE would be a great choice for people who prioritize performance and can compromise with the small screen and dated looks. However, for someone who can spend more, the iPhone XR would still be a better overall choice.

The post iPhone SE 2020 vs iPhone XR: Price and Specs Comparison appeared first on Gadgets To Use.