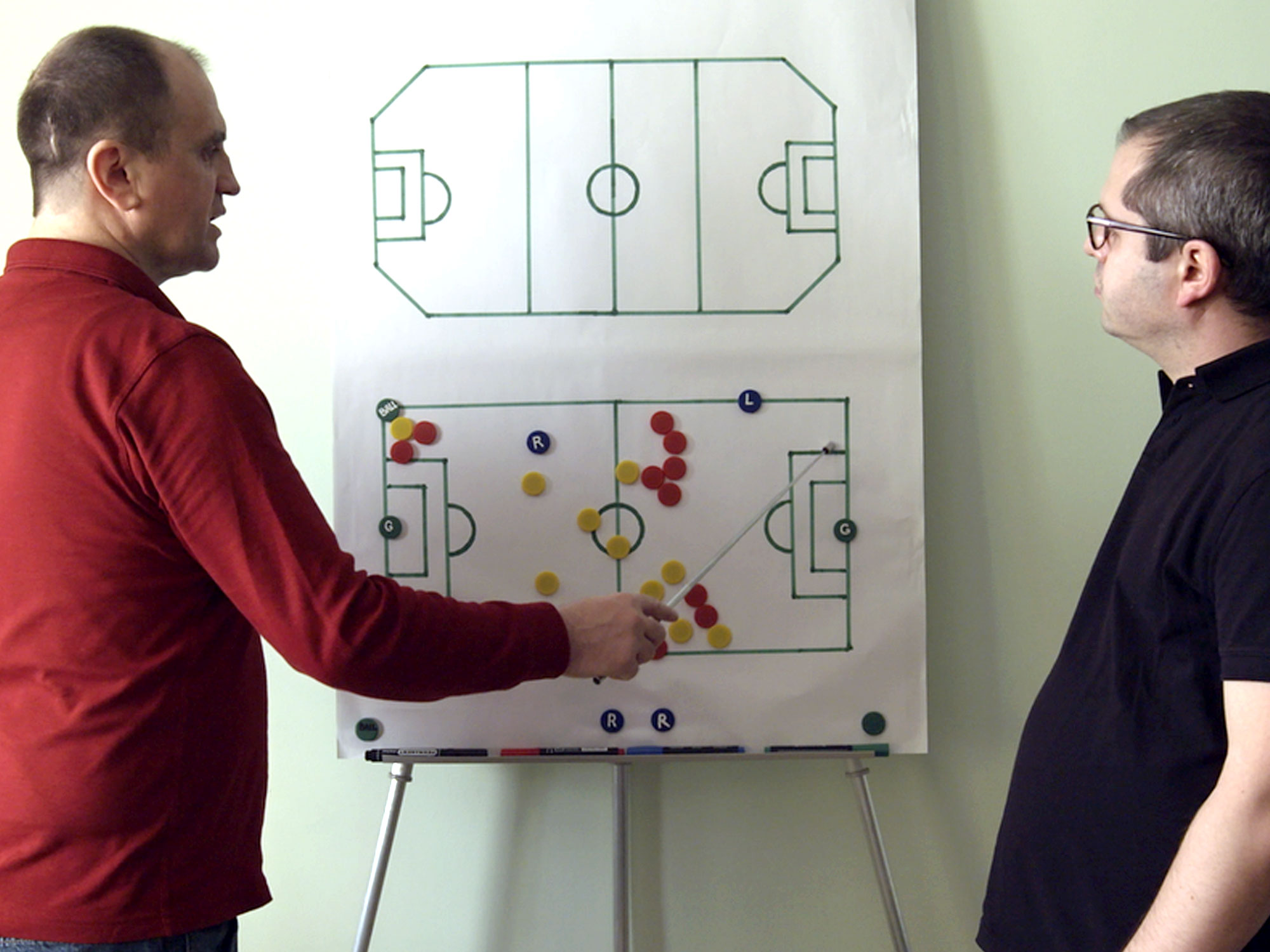 Now I’m not saying I’ve been missing football during the lockdown, but the other day I dropped a pair of freshly rolled socks and proceeded to dribble them around my flat before cooly slotting them through the legs of a clothes airer.

I realise it may sound glib to bemoan the loss of sport when there are far more serious issues at hand, but football has been a constant in my life for as long as I can remember, and as such it’s something that I care deeply about, though there are times when I wish I didn’t. It’s funny how you appreciate things more once they’re gone – even something as patently imperfect as the English Premier League.

At the time of writing, the bean counters and salarymen behind The Best League In The World

are still thrashing out the details of Project Restart, which sounds like something cooked up by Tyler Durden’s accountant and has major clanger written all over it. So until football as we know and love/hate it returns, allow me to turn your attention to the new film from stalwart midfield general of the Romanian New Wave, Corneliu Porumboiu (whose new, new film, The Whistlers, is also released online this week).

In this 70-minute essay doc, Porumboiu checks in with his old mate Laurențiu Ginghină to discuss the beautiful game in all its splendid, absurd glory. Ginghină begins by recalling a painful incident from his youth. While playing for his local team in Vaslui in the late 1980s, he was badly hurt in a tackle, fracturing his fibula. He suffered further injury the following year and was forced to hang up his boots for good. But he doesn’t blame himself or even the offending opponent for his misfortune – instead he believes it was the result of a fundamental flaw in the game itself.

From that moment, Ginghină dedicated his life to improving the laws of football with a view to enhancing the spectacle while improving player safety. His first big idea is to introduce octagonal pitches… and things only get crazier and more complicated from there. Using a flip chart and coloured counters, he outlines his vision for Football 2.0 (and 3.0, 4.0…) in earnest to an increasingly puzzled Porumboiu. For us watching at home, the experience is akin to being made to listen to your mate’s crackpot uncle down the pub explain how he would fix the offside rule. Which is to say it’s exasperating yet strangely enthralling.

Ginghină has a habit of losing his train of thought and frequently contradicts himself, but his enthusiasm and avuncular manner makes him instantly relatable. If only there were more people like him at the top of the game. But of course, Infinite Football goes way beyond tactics and regulations. It’s a humble rejection of the systems and structures that govern all aspects of our daily lives, not just sport. It’s an impassioned pitch for a more open, expressive society. It’s a portrait of a man, a family, a community. It’s the story of a broken dream pieced back together into something new and beautiful.

Admittedly, there’s not much in the way of actual football on offer here (unless you’re really craving some Romanian amateur indoor five-a-side). So apologies if you feel I’ve led you this far under false pretences. But the hopeful, universal message at the heart of Porumboiu’s film is surely one we can all get behind right now.

Infinite Football is released 8 May via Curzon Home Cinema.