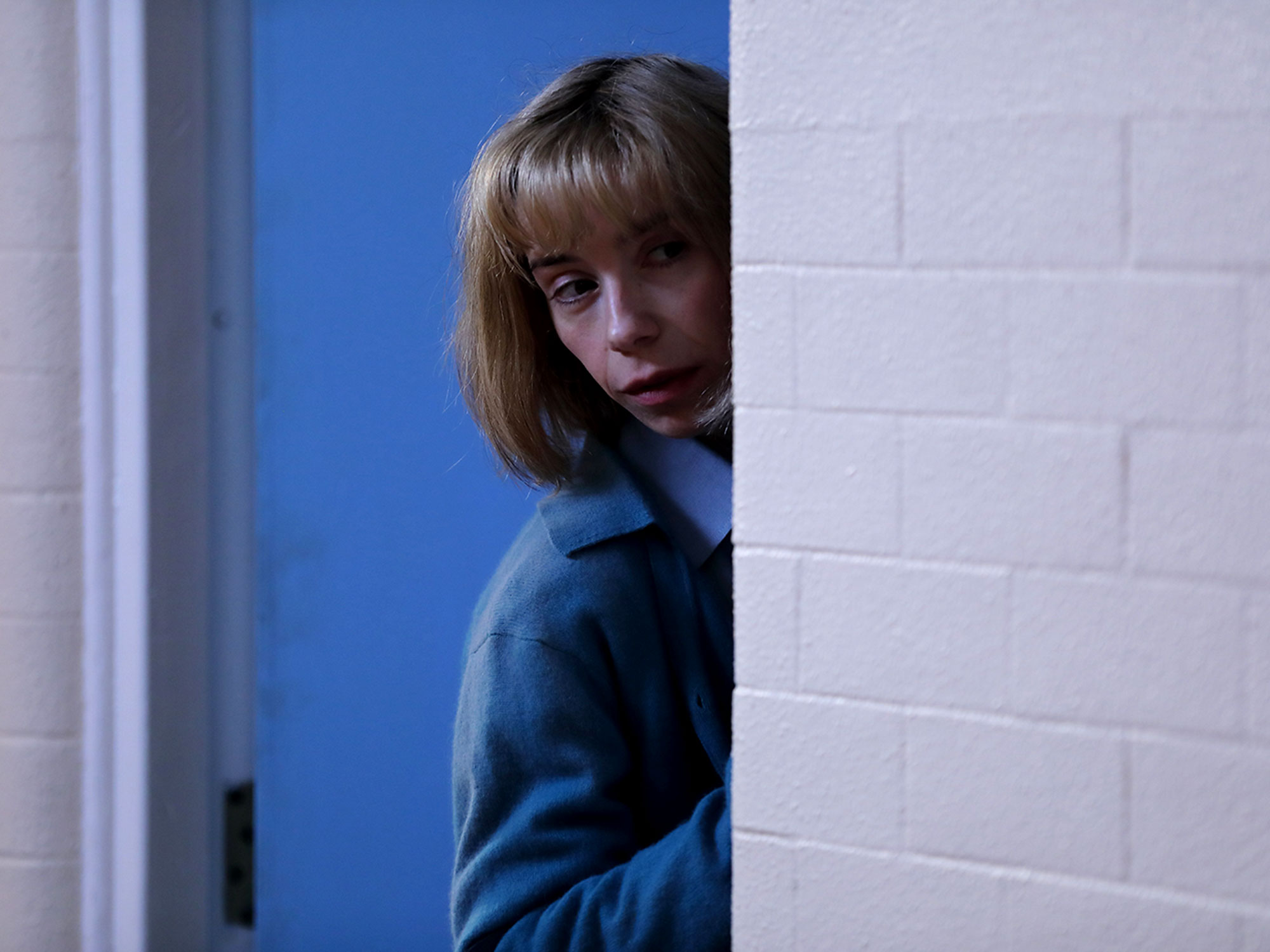 When was the last time you saw a film that didn’t sensationalise schizophrenia or capitalise on the topicality of mental health? All too often it seems as though the issue’s currency is the only reason the industry has any interest in it: look at the rumoured $50m salary offered to Joaquin Phoenix to reprise his Oscar-winning performance in Joker, originally intended as a standalone story. The less said about the content of such films the better. Even the framing of Phoenix’s character, physically distanced by long lenses with lots of negative space or shallow focus backgrounds, attempts to dissuade the viewer from finding any empathy for his situation.

Conversely, Craig Roberts’ second directorial feature Eternal Beauty uses the mechanics of cinema to place the audience within the emotional experience of its protagonist, Jane (Sally Hawkins), who is living with schizophrenia. The character is inspired by one of Roberts’ own relatives, “the real Calamity Jane” (to whom the film is dedicated), and was extensively researched with the University of Cambridge’s Professor Paul Fletcher serving as a consultant.

Roberts follows Jane throughout the film: the only scenes Hawkins doesn’t appear in are flashbacks in which Jane is played by Morfydd Clark. Her vulnerability is laid bare but never exploited for cheap sympathy. In fact, one of the most striking aspects of Jane’s personality is her offbeat sense of humour, which appeared to polarise the audience at the screening I attended. It’s only through spending more time with Jane that we realise that the intent is not to laugh at her but to come to understand her perspective.

This is something Eternal Beauty exceeds at. Roberts shot the film on 35mm, telling those in attendance at my screening that he felt the most appropriate way of showing someone come off the chemical reaction of medication was through another kind of chemical reaction. The effect of this goes beyond the warmth of celluloid texture. Like Paul Thomas Anderson’s Punch-Drunk Love, the film physically embodies Jane’s journey and takes us along with it. The tracking shots and overlapping voices of Anderson’s film are re-purposed to immerse us in Jane’s experience.

Rather than questioning her decisions in the way that Anderson does when Adam Sandler’s Barry Egan unleashes his anger in sudden outbursts, Roberts allows us to perceive the world exactly as Jane does. Soundbites drift in and out of the audio mix. A red ringing phone becomes a crucial motif, a natural counterpoint to Jane’s blue aesthetic, with a threatening voice issuing seemingly kind words. When Jane is briefly sectioned in the second half, Roberts jump cuts into her situation with all the franticness of her current emotional state.

Seeing and indeed experiencing someone coming to terms with such a condition so viscerally is perhaps why this film has had such a profound impact on me. I wasn’t diagnosed with autism until I was already in primary school. By then I knew I would always love film and yet, growing up autistic and learning to cope with anxiety and depression as an adult, it hasn’t felt completely reciprocal. I rarely see neurodiverse talent or stories concerning either autism or mental health that feel emotionally authentic or cinematically ambitious. As much as I hold out hope that the industry will eventually reflect experiences to which myself and others can more specifically identify, the likelihood of such things happening is slim.

This is what is so refreshing about Eternal Beauty. It deals with personal traumas specific to its character as visualised through effective choices of metaphoric imagery – the phone motif receives its own satisfying pay-off – without using schizophrenia as the main focal point but simply how we perceive the story through Jane’s eyes. Roberts’ attention is more occupied with recasting the idea of the condition not as a weakness but as a part of living. I’ve seen many films evince this sentiment through the mediating factor of a neurotypical protagonist. By having Jane remain an active force in the story, Roberts’ sincerity appears all the more genuine.