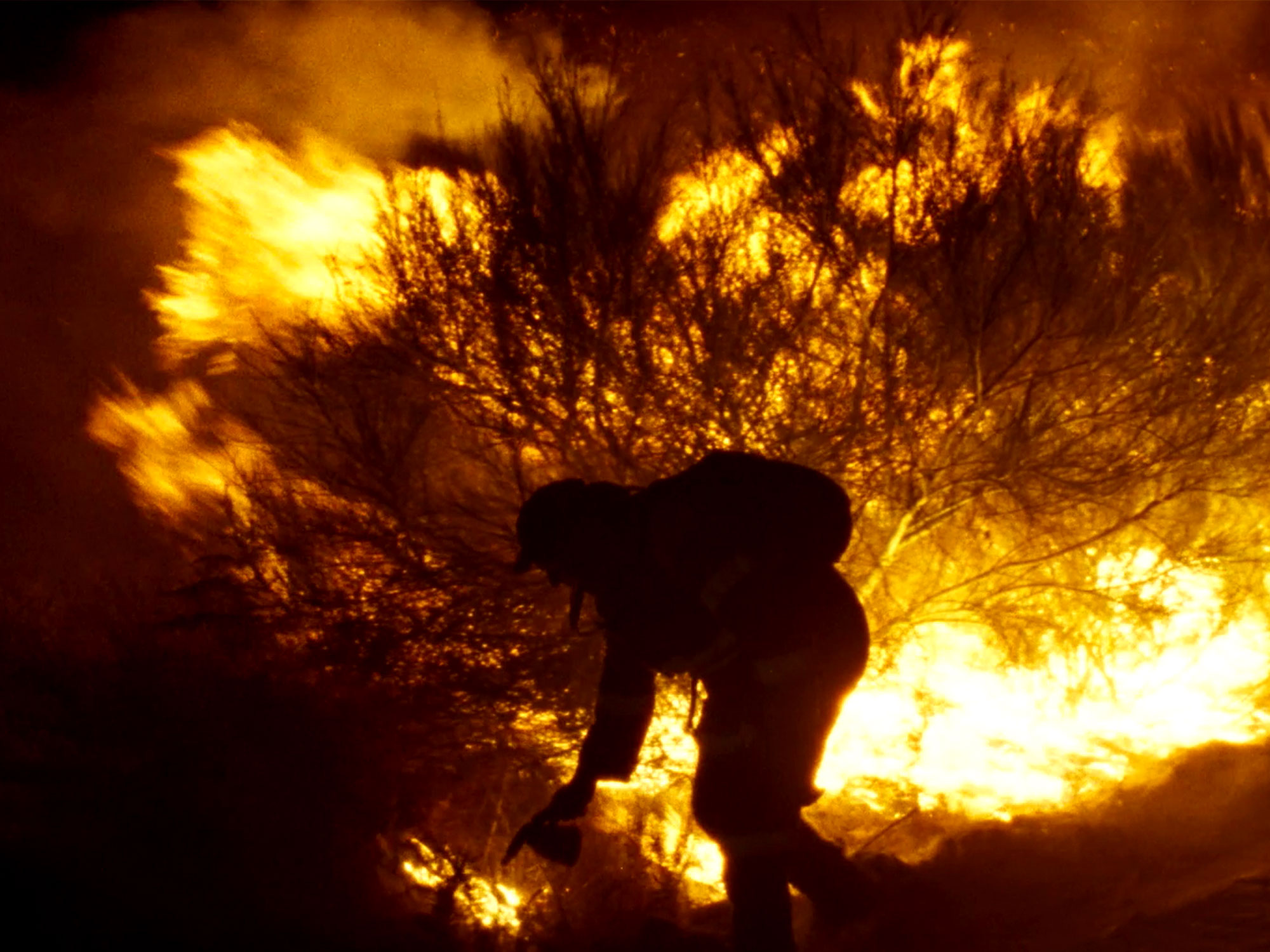 Later, the promise of the title is delivered and all those rich greens are superseded by reds, oranges and ochres as a terrific blaze tears across the landscape of rural Galicia. Following a short prologue in which a row of towering eucalyptus trees are felled by a digger, we are introduced to softly spoken pyromaniac Amador (Amador Arias) as he departs from a spell in Chokey to return to the family nest. This comprises of his elderly, eternally-forgiving mother, and some misbehaving cows.

In the moment, Laxe’s film comes across as a tranquil doc-fiction hybrid which captures those eking out a humble existence on the outer margins while stoically working through the loneliness and physical repetition that come with the lifestyle. In retrospect, it’s more of a coiled study of criminal psychology which poses the question of whether rehabilitation is possible when a subject is placed back in exactly the same situation that caused them to go off the rails in the first place.

The fire, which rages across the plains, taking no prisoners in its wanton destruction, is symbolic of crime’s far-reaching and unpredictable consequences. What little dialogue is spoken between mother and son avoids any attempt to convene with past troubles, though the nostalgic musings about their changing relationship with the landscape help to maintain the illusion of sanity.

When it comes to reprisals and punishment for the fire, Laxe opts for a more open-ended, reflective climax, suggesting that, whatever he chooses to do with his life, Amador will always be tainted in the eyes of his neighbours.

Fire Will Come is available on Curzon Home Cinema from 20 March.