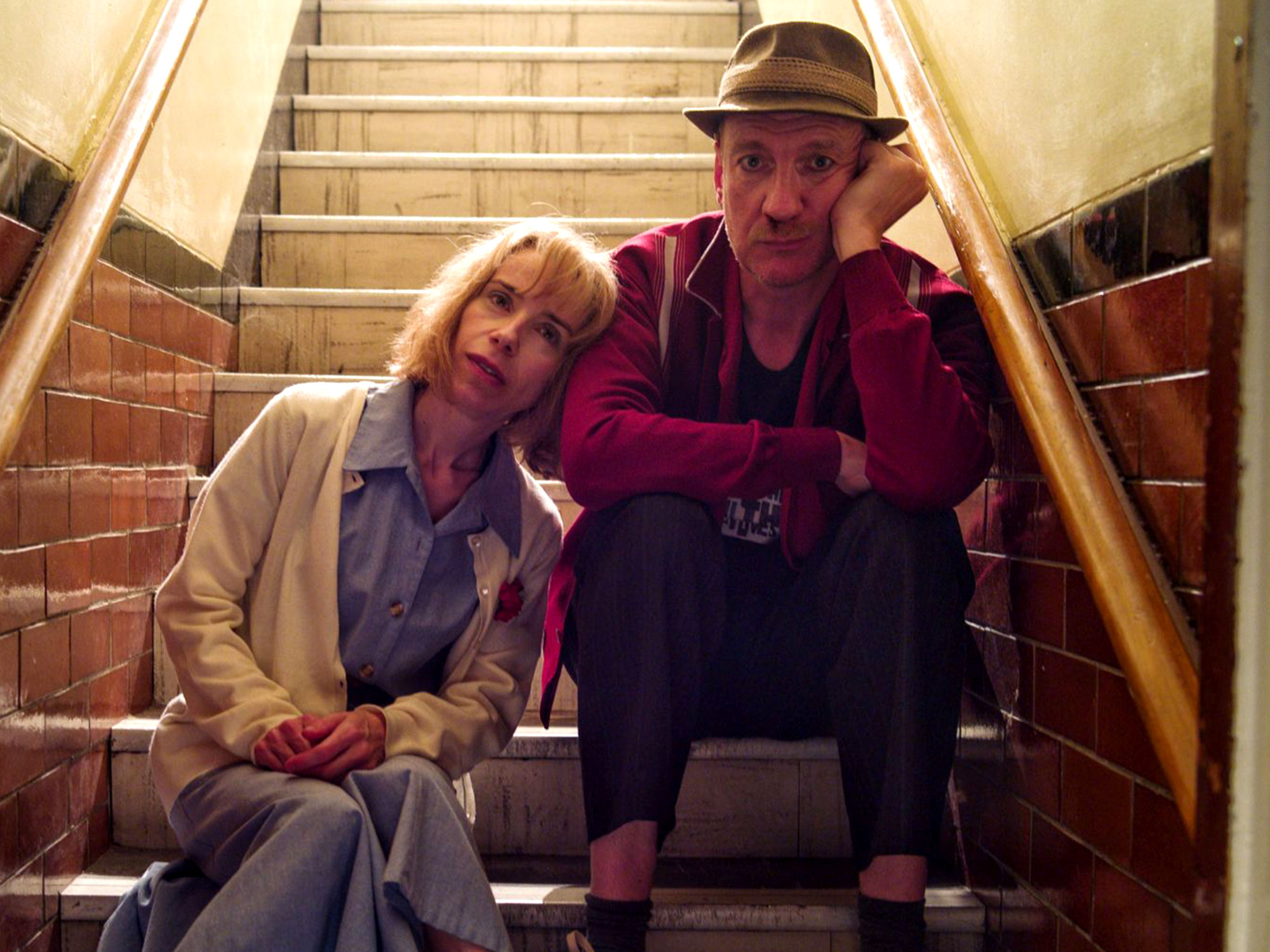 The characters in Craig Roberts’ second directorial feature have a penchant for saying, “I’m in my oils.” To be in one’s “oils”, it appears, is to be at your best, resting comfortably in surroundings that nourish and soothe. A happy place, in other words. The phrase even acts as the title of a painting that appears in various locations throughout the film – yet its insistent repetition soon becomes more of a diktat than a truth.

The search for such a state of being is at the heart of this film. The path to happiness for Jane (Sally Hawkins), a paranoid schizophrenic, seems tricky on the surface, but as her conceited family members try to convince her of their own “oils” the relativity and complexities of happiness themselves become all the more apparent.

Flashbacks to Jane as a young woman (a disappointingly brief appearance from Morfydd Clark) detail the cause and consequences of her first mental breakdown while, moving forwards, she learns to adapt to her family’s unwillingness to understand her. This dynamic is crystallised in an early scene in which Jane wraps her own Christmas presents for her bewildered family to give to her before presenting them with the receipts for reimbursement.

Hawkins is excellent, her performance delicately skittish, softly-spoken and often very funny. It is evident that this character, based on someone close to the director according to interviews, has been constructed with the tenderest care and insight, shaped by fine details and idiosyncrasies. Her sisters, played with moxie and sensitivity by Billie Piper and Alice Lowe, have only glimpses of hidden depth. They fall into their roles more as caricatures than developed, engaging additions to a narrative which feels somewhat wasteful.

Perhaps this is indicative of the world Jane occupies – her mental illness is framed as the thing that makes her distinctly powerful. Yet as her siblings are given very little to do, they inevitably fall too flat. Plotlines are also concerned primarily with these women’s relationships with men and little else – further evidence of unimaginative character development.

Even the film’s vibrant styling and set design lacks a punch, its Twin Peaks meets Wes Anderson lovechild aesthetic a little tired and lacking in originality. These influences are clear in the monochromatic living spaces and kitschy diner setting, with scenes clinically organised to house the scatterings of deadpan dialogue.

Still, the visual familiarity allows for moments of charm and effectively allows us access to Jane’s world of quirks and off-kilter interactions. Her modes of expression and her understanding of environment make more sense than her family’s self-deceptive and world-weary approach. Roberts steers clear of wallowing in pity; Jane’s pure heart and insistence on kindness become the grounding morals of the film.

A cutely delivered finale brings the film to a satisfying close, but sticking this landing feels a little unmerited after a lacklustre build-up. Where the film works best is in its portrayal of Jane reckoning with her life as a young woman and learning to let go of past anguish. Roberts’ handling of mental health is sensitive but also matter-of-fact – his film locates an level of intelligence that elevates the material.