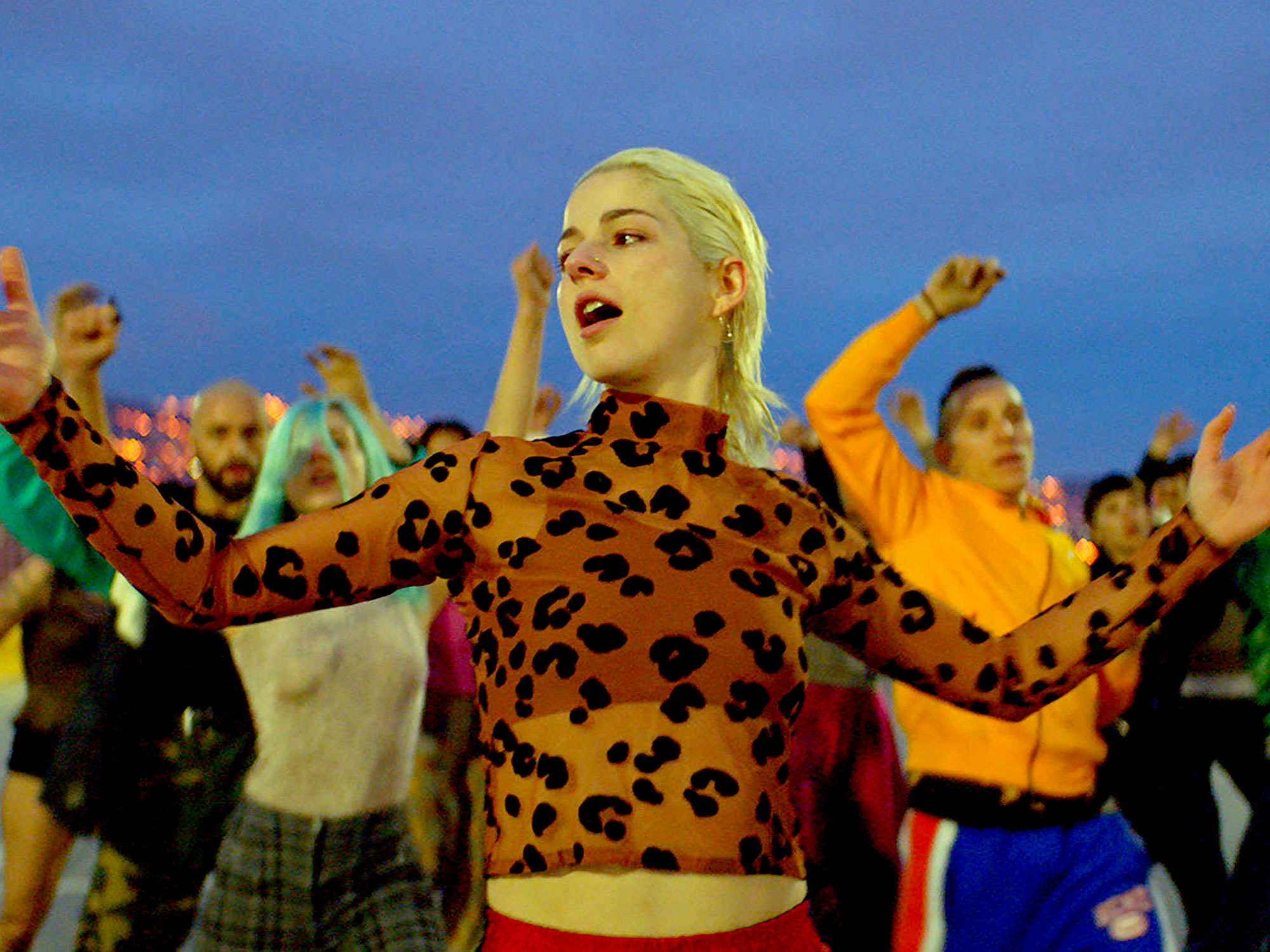 The port city of Valparaíso, Chile, is said to have been the home of the first volunteer fire department in South America. And the country still boasts an entire workforce of volunteer firefighters. In his latest feature – the Valparaíso-set Ema – Pablo Larraín rejects this local tradition, and allows fire to burn across an otherwise uninterrupted landscape.

Larraín’s voluntary firestarter here is the eponymous Ema (Mariana Di Girolamo), a reggaeton dancer married to longtime collaborator and choreographer Gaston (Gael García Bernal), who is 12 years her senior. We are introduced to the couple as their relationship reaches a peak of desperation and virulence, shortly after their adopted son, Polo, has been returned to social services following a violent episode of pyromania that left Ema’s sister with severe scars. “You taught him to set things on fire,” Gaston tells Ema, and so begins this electric tale of seduction and deceit, which is all mired in an inescapable sadness.

Ema is a woman in battle mode. She is as determined to have Polo back as she is to divest herself of the entrenched toxicity of her relationship with her husband. All the while, she coils the threads of every other relationship she has around her fingers, with enchantress-like precision.

She hurls insults at Gaston and he whips them right back at her, each of them taking turns at administering their own brand of casual cruelty. She mocks his infertility and the failure of his masculinity, while he recites on repeat Polo’s cries for “mama Ema” as an indictment of her femininity. It’s torturous to witness but Larraín expertly showcases their intimate brutality and binds us to their story, one that is painful and troubling, yet invigorated with the colour, movement and light of their environment.

Mariana Di Girolamo is a blinding force throughout the film, a walking, talking avatar for the flickering fire she is so often drawn to. She is brash and destructive, and suppresses a feral energy within her tough, skinny frame. She prowls the streets in a permanent state of self-defence, guarded by a slick, white crop of hair and sparkling eyes.

Much like in Larraín’s previous film, Jackie, the title character here occupies the core narrative space while a relentless world storms around her. Ema pulls people in and pushes them away to the beat of composer Nicolas Jaar’s brilliant electronic score in a rapid orbital choreography of bodies and feelings and power.

Where Ema thrives is in the thrall of her beloved reggaeton, which Gaston detests, and one of the film’s best sequences follows her and her girlfriends’ vibrant and open-bodied routine through their hometown as they reclaim space for their own expressions of personality and sexuality. But it is also the helplessness of Ema and Gaston as a couple that makes the narrative so engaging and beautiful. The image of two lovers folded into each other on their lost child’s race car bed is strikingly composed like a piece of performance art.

How can Ema and Gaston ever seek forgiveness for the unspeakable betrayal of a child? Who owes them forgiveness? To whom do they owe an explanation? Larraín offers few answers to these sprawling questions of nature and nurture. Instead, the film plays out a daring conclusion that doesn’t seek to resolve but start over. The natural order of family life burns away at Ema’s fingertips.