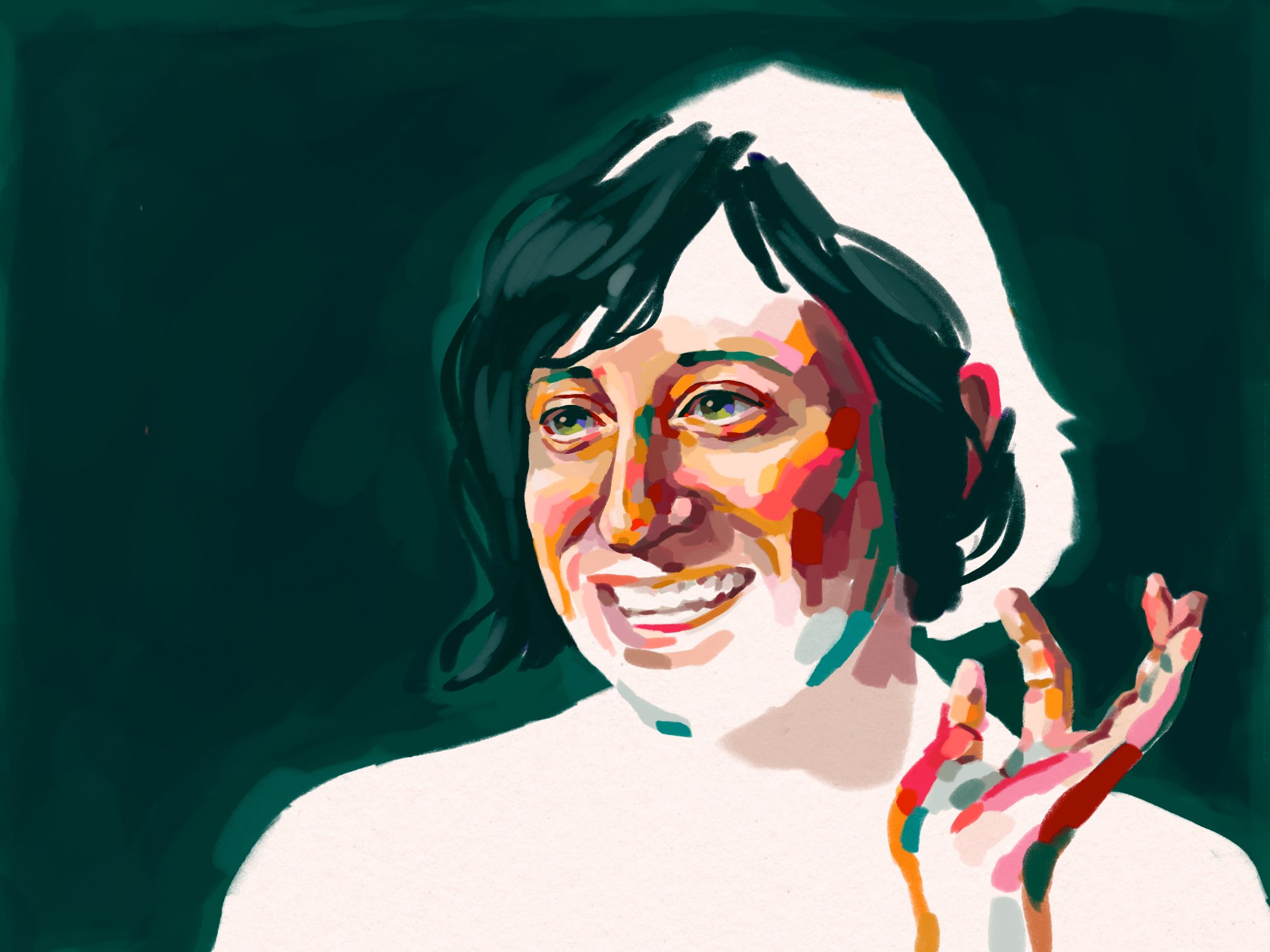 Eliza Hittman uses quietness, shadowing characters during their private downtime in between story beats. Her debut feature, It Felt Like Love, is a mesmerising female sexual coming-of-age tale, yet it was 2017’s Beach Rats, starring Harris Dickinson as a closeted Brooklyn teen, that put her on the map.

Cinematographer Hélène Louvert’s immersive, heady shooting style has drawn admiration, and the two have collaborated again on Never Rarely Sometimes Always. Starring newcomers Sidney Flanigan and Talia Ryder, the film follows two young women on a bus from small-town Pennsylvania to New York City to secure an abortion for Flanigan’s Autumn. LWLies spoke to Hittman about deep research, her “method” style of writing, the woes of dealing with the Screen Actors Guild and her next project.

LWLies: You started researching Never Rarely Sometimes Always after reading about the tragic case of Savita Halappanavar, who died in 2012 in Galway after being denied an abortion. How did your interest in that evolve into storytelling?

Hittman: After her death, I bought a book called ‘Ireland’s Hidden Diaspora’, researching and reading for my own curiosity the journey women would take from Ireland to London and back in one day. I started to think, ‘What would the American equivalent of that journey be?’ because I didn’t think anyone would let me make a movie in Ireland. I started to think about the journey that women in rural areas take to urban areas when they can’t gain access. I started taking little road trips. I went to small towns in Pennsylvania and thought, ‘If I was a young woman here where would I go?’

I walked into a little centre, run by old women who volunteer. I took a pregnancy test and sat down and had counselling sessions. These little centres are highly controversial and problematic in the United States because they’re federally funded but there’s no licensed doctor on site, they’re just volunteers, lay people. They don’t offer any medical services, they just redirect you to adoption centres and try to offer you hand-me-downs and diapers. There’s – tragically – one in every town in America.

Then I took the Greyhound bus from that town in Pennsylvania into New York City. I wanted to see what the character would really see. I roamed around Port Authority and decided that if the film was set in winter then maybe the characters wouldn’t leave because it’s warm and safe. Port Authority became a bit of a microcosm for the city. Then I met with Planned Parenthood in Pennsylvania and in New York and other clinics that were not affiliated with Planned Parenthood.

I would sit down with abortion providers and clinicians and social workers to try to understand the story I wanted to tell and play out different scenarios for them. Like, ‘If I was a minor, what would your concerns be?’ and ‘How would you interact with that minor?’ That was the bulk of the research. It was a lot of information. I didn’t set out to make a documentary or a procedural drama. I wanted to make a poetic odyssey, so it was a balance of taking all that information but trying to filter it through Autumn and Skylar’s eyes.

How did you decide which elements of the abortion procedure to show?

The clinic scenes with the counsellors were the most important, because this was where Autumn would open up about herself. I chose to make so much of her back story a mystery, so here was an opportunity to reveal more; I knew in the writing process that I wanted to prioritise the scenes with the social workers over the surgical aspects. Based on how far along Autumn is, it’s a two-part procedure and for the second part of the procedure she’s not awake, so I didn’t need to show all of it.

Did you always know that you wanted to make the title an element of the sexual experience questionnaire at the abortion clinic?

No, it was something I discovered through the research process.

Did it have a different working title at any point?

Yeah, just the letter ‘A’ – like abortion as the scarlet letter. But I knew it wasn’t gonna stick, that it was a temp title, that I was searching. 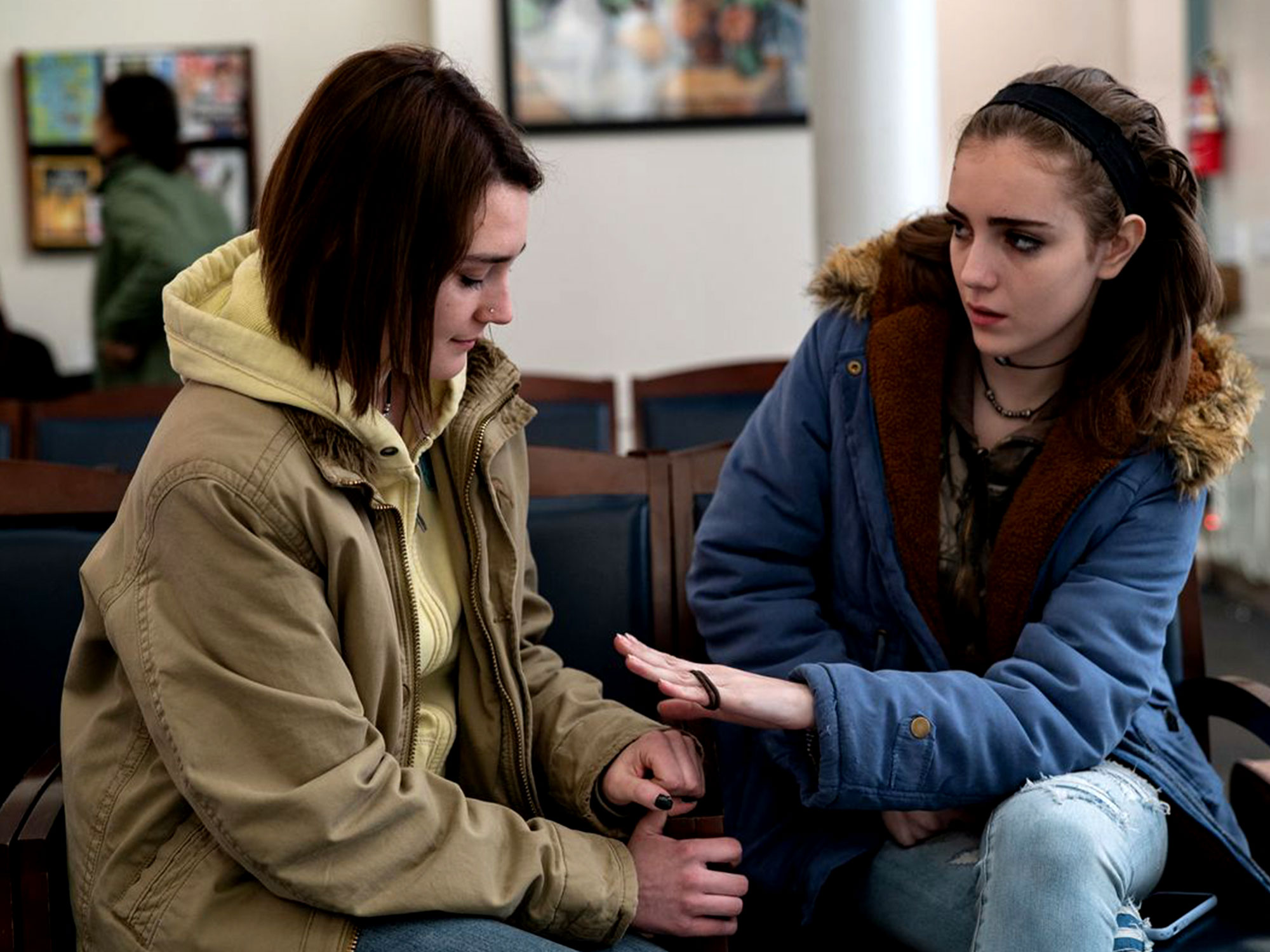 Going back to your process, it sounds like you didn’t just walk a mile in Autumn’s shoes, you walked 100 miles in them.

It’s a fun way to work. I like it. It’s active. Writing at a computer is kind of stagnant. It’s interesting to be out in the world having an experience, rather than suffering at a computer. I would write and then I’d hit a wall and then I’d go back out and try to meet someone else, and then I’d come and write again. It keeps the process moving for me.

I was horrorstruck by the VHS ‘Hard Truths’ that the volunteer plays Autumn.

It’s a real video. It’s really used. I didn’t make it myself.

What were the logistics of shooting on the crowded streets of New York, and on the subway?

It was fine. I have to say the biggest challenge that we had was dealing with the Screen Actors Guild, because they didn’t understand that we’re a small production and not closing down streets and filling them with background. It’s easy to shoot on the streets of New York, it’s allowed as long as you don’t put equipment down and you’re handheld, but SAG was always showing up and fining us for not filling the streets with SAG background, which we couldn’t afford.

Why are they allowed to fine you for not filling the frame with SAG background?

They think of it as job theft. By shooting people on the street you’re not paying background.

I can just about get my head around that…

I can’t get my head around it either, but they were really shaking us down, like the mob.

How much were you fined in the end?

What percent of the budget would that have been?

I don’t know. I think we’re still litigating it.

What’s next for you?

I’m thinking about a project about death and survival. It’s about a family that’s coping with the end of the life of the matriarch of the family. She’s in her late 90s. Even though she’s so old the family is totally unprepared emotionally and logistically for her death and they have to hire a home care worker to be with her in the last years. You think it’s this middle-class family drama about her death but once they hire this home-care worker and hand her the keys to the apartment the film changes point of view and goes into the struggle of being an immigrant in New York.

The post Eliza Hittman: ‘I sat down with abortion providers to try to understand the story I wanted to tell’ appeared first on Little White Lies.