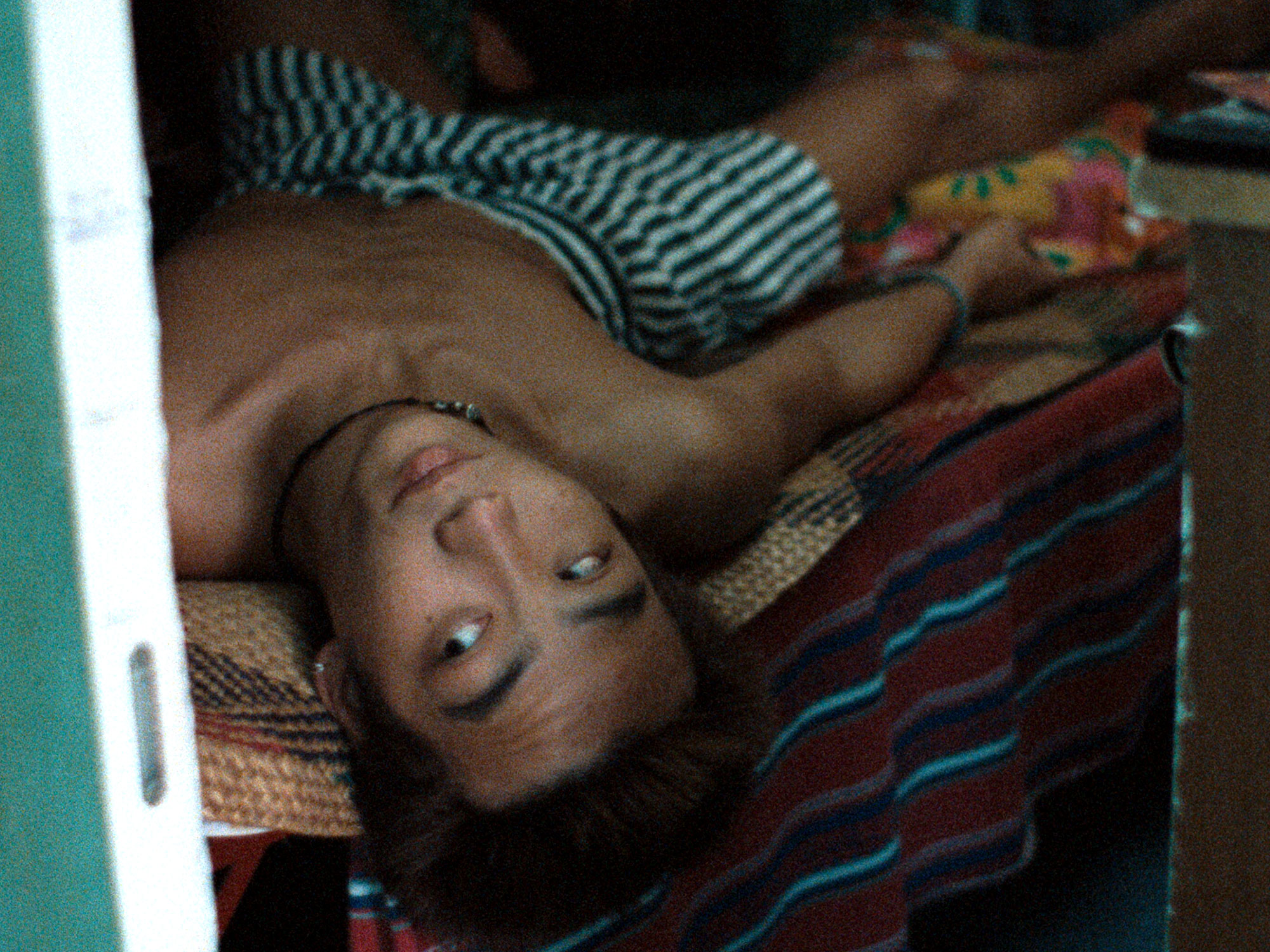 “The world is moving much too fast. So fast, that when you finally get to fit in with it, it’s become another brand new world!”

So says Mid-Autumn (Sam Lee), the young skinny high school dropout who is both hero and anti-hero of Fruit Chan’s Made in Hong Kong. In a sense, Mid-Autumn’s words capture the live-fast-die-young spirit of a vibrant coming-of-age indie which keeps sticking its rebellious finger up to the values of Hong Kong’s adults while literally dancing over their graves. Mid-Autumn embodies the sullen punk energy of a youthful generation who feel betrayed by their elders, and whose struggle to find a place for themselves, as well as a modicum of self-respect, represents a rite of passage that will resonate with anyone who either is, or ever has been, an adolescent.

Despite the universality of these themes, Made in Hong Kong is a film very much tied to a particular time and place. For as Mid-Autumn, his girlfriend Ping (Neiky Yim Hui-Chi) and his dimwitted friend Sylvester (Wenders Li) go through the trials of their teenage years, their adventures unfold in a country that is undergoing transformations of its own. The film’s events take place in 1997, the year in which the United Kingdom returned sovereignty over Hong Kong to mainland China. Chan allegorises this handover through the growing pains of young people having, as Mid-Autumn puts it later, “to face an uncertain world”.

Mid-Autumn and his friends really are made in Hong Kong – products of poverty, abandonment and few prospects (besides the spectacular views from the rooftops of their housing projects and from the hills of the Wo Hop Shek Cemetery). The hulking, intellectually disabled Sylvester is constantly being bullied; Ping will die if she does not soon get a kidney transplant; and Mid-Autumn, whose very name emblematises an intermediate status, is freelancing as a debt collector for a Triad without yet having committed to joining them.

All three have been abandoned by their fathers (Sylvester and Mid-Autumn by their mothers too), and while this reflects a period where many males of working age really were being lured to the mainland for employment and starting second families there, it is also possible to regard all these missing fathers as figures for a Britain relinquishing its authority over the territory, and leaving its local ‘children’ in the lurch.

Certainly Mid-Autumn harbours an intense hatred for his absent father, blaming him for all his own problems in life, and more than once plotting to kill him with a meat cleaver. Mid-Autumn’s occasional violent rages, however, are for the most part bluster. His bedroom may be festooned with posters for Oliver Stone’s Natural Born Killers and Luc Besson’s Léon. But one of the lessons that he will learn over the course of Made in Hong Kong is that killing others or indeed yourself is a messier, more difficult business than the movies would have us believe. 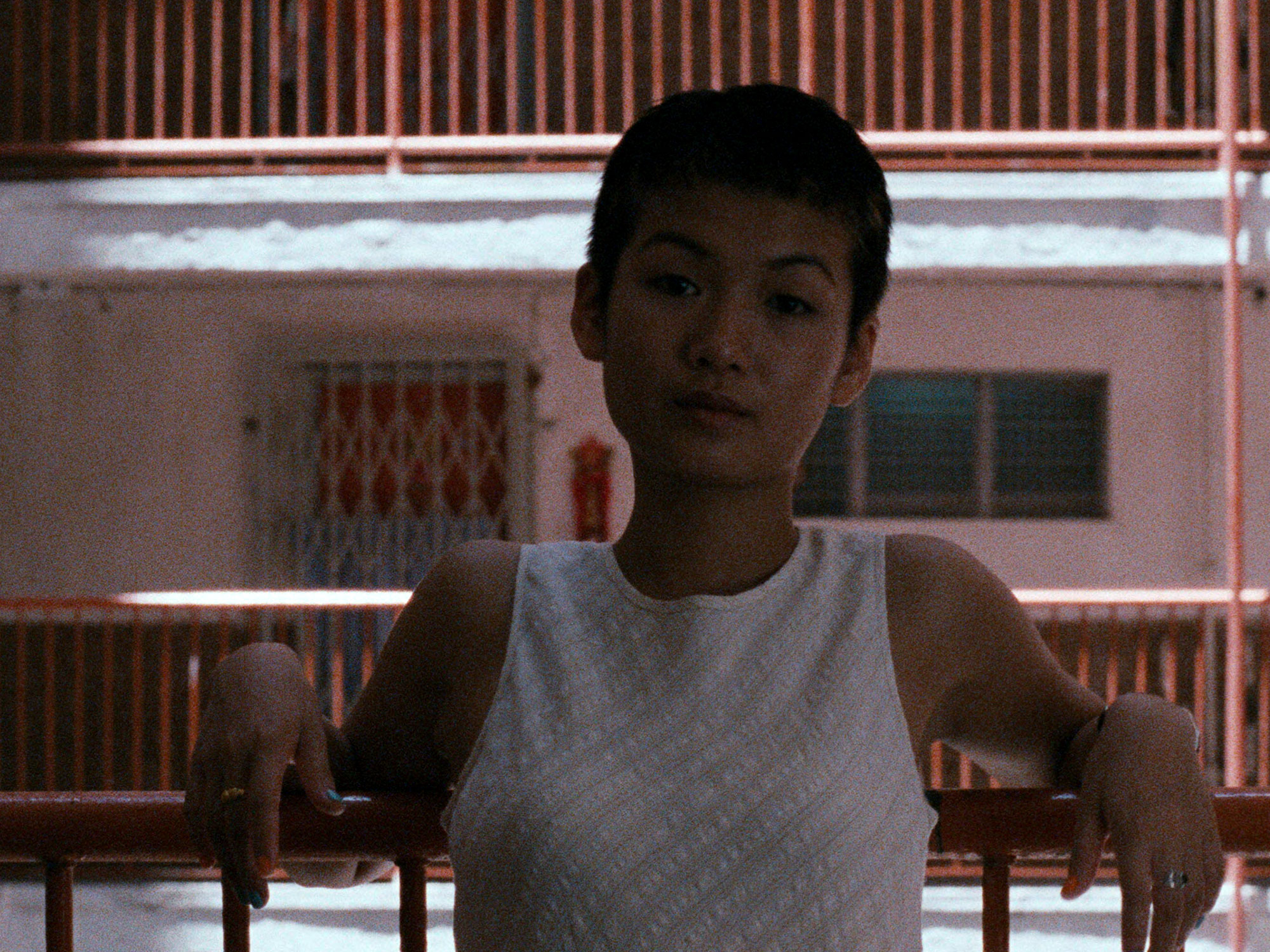 Made in Hong Kong is driven by eros and thanatos. After Sylvester chances upon the corpse of lovelorn schoolgirl Susan Hui (Tam Ka-Chuen) – who has just thrown herself from the top of a building – he, Mid-Autumn and Ping find themselves in possession of the two bloody letters that she was clutching in her hands. The three take it upon themselves to deliver these missives to their addressees, only to give up on the task halfway through. But the thought (or perhaps the ghost) of Susan continues to haunt Mid-Autumn’s waking life and his wet dreams, confronting him with his own mortality, even as he falls “crazy in love with a very sick girl.” Here, as kisses are exchanged in graveyards, death is never far away from these vital teens.

Mid-Autumn’s strong rebellious streak, his refusal to join a gang and his insistence upon maintaining his independence, closely ally him to Fruit Chan himself. After serving as director-for-hire on the comedy Five Lonely Hearts and the horror Finale in Blood – both generic studio films – Chan decided that he would go his own way, taking full control of the production process and shooting guerrilla style with film reel offcuts and expired stock.

Shot entirely independently of the studios and cast with unknowns, Made in Hong Kong has a verve and a visual style that many a film made on a much bigger budget struggles to achieve, earning Chan a slew of prizes (including Best Picture) at the Hong Kong Film Awards in 1998. Yet its last words, a radio report, cite Chairman Mao, and refer to a translational shift from Cantonese to Mandarin that marks the passing of the old Hong Kong and the arrival of China as the new daddy on the scene.

It is a bittersweet ending, with the quotation of Mao on the promise of youth coming even as our ears are still ringing with Mid-Autumn’s rather different words on the same topic: “If we die young, we remain forever young.” The film poises itself between these two positions, even as Hong Kong was looking towards an uncertain future in a brand new world.

Made in Hong Kong is available on Blu-ray, in a 4K restoration as part of Eureka! Video’s The Masters of Cinema Series on 21 September.