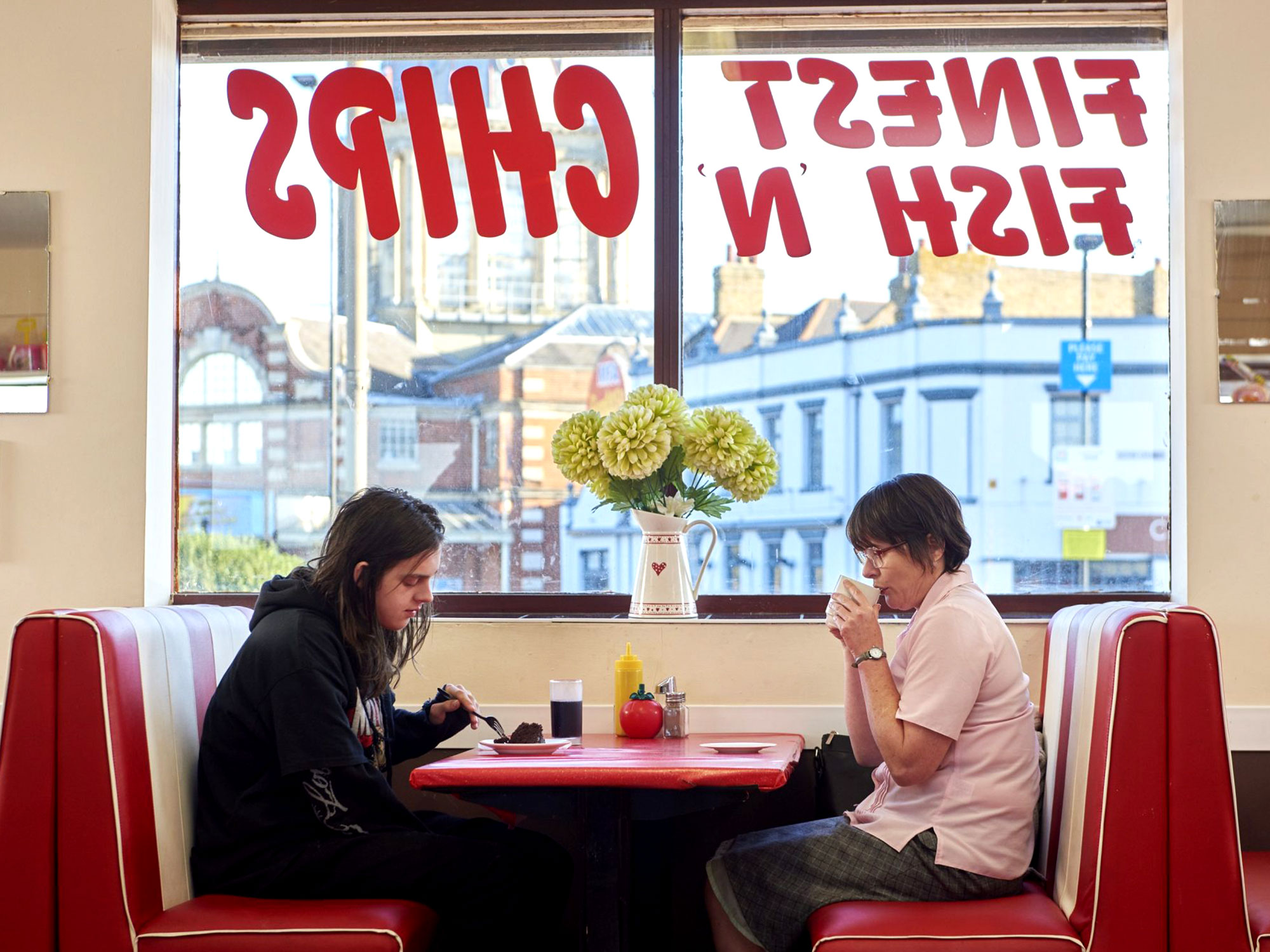 This is a winning feature debut from actor Simon Bird, best known as the short speccy one from UK TV sitcom The In-Betweeners. He marshals the gentle comic currents of a wistful English summer break in which divorced mother and depressed son are thrown together, offering a vast range of excruciating character details but little in the way of a satisfying story arc.

We meander in at the point in which perma-glum wannabe hair-mettler Daniel (Earl Cave) and his divorced, fussbudget mother Sue (Monica Dolan) are shoe shopping ahead of a wedding – the experience proves to be predictably futile and awkward.

Monosyllabic Daniel is able to raise a small trace of a half smile at the prospect of visiting his Flash Harry father in Florida to meet his new wife and even drive in his new sports car. Yet his unreliable pops blows him out, sentencing him to a summer of searching for jobs, eating bread, walking the dog, listening to Metallica and clapping-back at his mother’s softly-spoken requests for basic civility.

The film is based on a 2012 graphic novel by Joff Winterhart, and Bird’s way with composition and choreography certainly retains the bold simplicity of that primal mode of visual storytelling. Cave and Dolan both commit fully to their characters, and moments of bitter, incisive humour often derive from the sheer banality of their interactions, such as Sue letting Daniel know he can have a beer when they’re eating out, or offering to make him a sandwich as her key gesture of material love.

Some of the more overtly sitcom-ish side characters, such as Tim Key’s gobby fudge maker or Rob Brydon’s school teacher lothario, push the comedy of humiliation a little too far, and the sense of discomfort (that being shy is the butt of an easy joke) often feels a tad contrived. All the base elements are there, but the reason this one falls short of greatness is down to a disappointing and predictable final act that is more like a desperate reach for a happy ending than an honest outcome to this fraught situation.

The film’s moral – that depression is superficial and there are easy fixes for any emotional strain – is pat and underdeveloped, an attempt to swiftly round out the material rather than offer a convincing reason as to why it was worth spending time in the company of these characters.

The post Days of the Bagnold Summer appeared first on Little White Lies.

One thought on “Days of the Bagnold Summer”