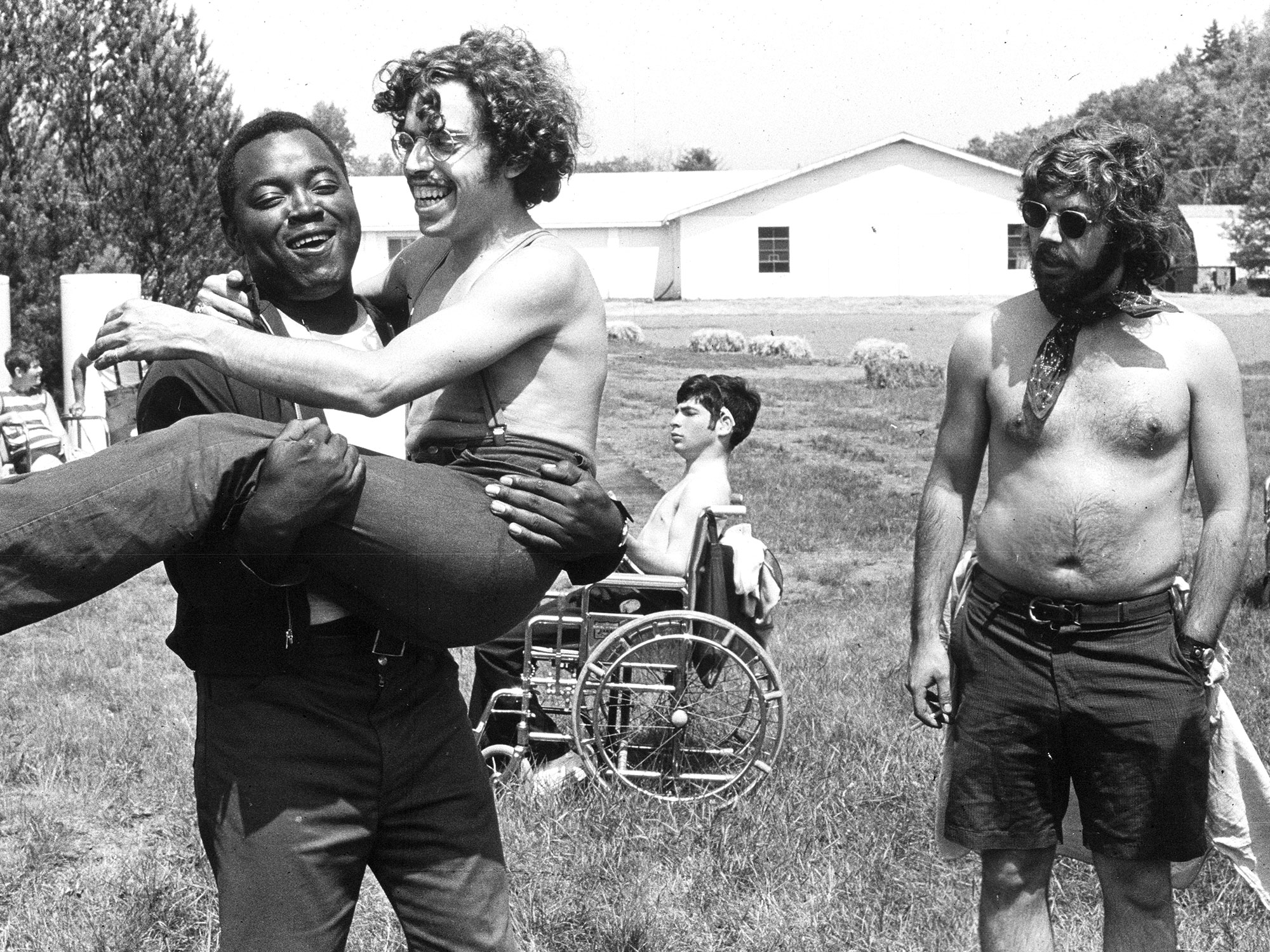 If you want to treat yourself to one good thing this week, let it be James Lebrecht and Nicole Newnham’s inspiring new documentary, Crip Camp. It is surely one of the most beautiful, important documentaries of the year, one that gives voice to an incredible community of people who remained unheard for most of the 1960s and ’70s.

Camp Jened in upstate New York gave physically and developmentally disabled teens the opportunity to be just that: normal teens participating in all aspects of adolescent life, from team sports to making out in the woods after lights out. This is where these teens – including director James Lebrecht – found the confidence to fight for their rights and become the leaders of a revolution.

During their summers at Jened, kids like Judith Heumann, who were taught in the basement of ‘mainstream’ public schools or, worse yet, institutionalised and living in horrible conditions of neglect, were people – not their disabilities, not their wheelchairs. At Camp Jened, this wild, feisty bunch of young men and women shared their thoughts and opinions in group discussions, played baseball games and went swimming, and spent many a lazy afternoon jamming to the Grateful Dead and smoking cigarettes.

Here, they experienced the freedom Richie Havens sings about in the opening minutes of the documentary. Featuring both past and present interview segments with former camp-goers such as Lebrecht, Heumann, writer Denise Sherer Jacobson and disability rights activist Kitty Cone, Crip Camp offers an intimate look into the lives of many who were shaped by these idyllic summers.

Camp Jened allowed them to be who they were within a tight-knit, supportive community, where they were truly seen for who they were. Camp director Larry Allison and other counsellors encouraged the youngsters to think and act independently, giving them the space to get in touch with parts of themselves they hadn’t been able to explore before.

This is where many experienced their first romantic relationships and sexual encounters – two important parts of teenaged life that were difficult for them to engage in at home or in their usual social environments. They discussed these issues freely among themselves: their overprotective parents; being denied the right to privacy; being regarded as sick. It was an inclusive space, where there was no hierarchy of disability. They were all equals here, and they knew they had every right to feel the same on the outside world.

Lebrecht, Heumann and their friends Stevie Hofman and co. brought this new sense of self-worth and awareness home with them, prepared to challenge the barriers and architectural inaccessibility they faced every day. Through Heumann, who had become a key player in the disability rights and independent living movement, the Jened clique found themselves reuniting all over the country staging protests, building communities and raising voices. They saw many a small triumph in the early seventies but, as Heumann put it: they were tired of feeling thankful for accessible toilets.

By 1977, Section 504 of the Rehabilitation Act of 1973, which prohibits the discrimination against and exclusion of people with disabilities, had still not been passed. This led Heumann, her tribe of Jeneds and more than one hundred and fifty people with varying disabilities to occupy the fourth floor of a San Francisco federal building where they staged the longest sit-in of the kind to date. With the support of the Black Panthers, Gaymen’s Butterfly Brigade and United Farm Workers, they stayed for 26 days – ultimately to great success.

This documentary is a beautiful tribute to the “hollowed grounds” of what was once Crip Camp and the inspiring disability activists who have their roots here. Uplifting and incredibly empowering, it challenges misconceptions through open discussions on subjects like sex, education and able-bodied perceptions. With a killer soundtrack, captivating footage and a whole gang of loveable characters, Crip Camp documents an important part of history that deserves to be celebrated forever.