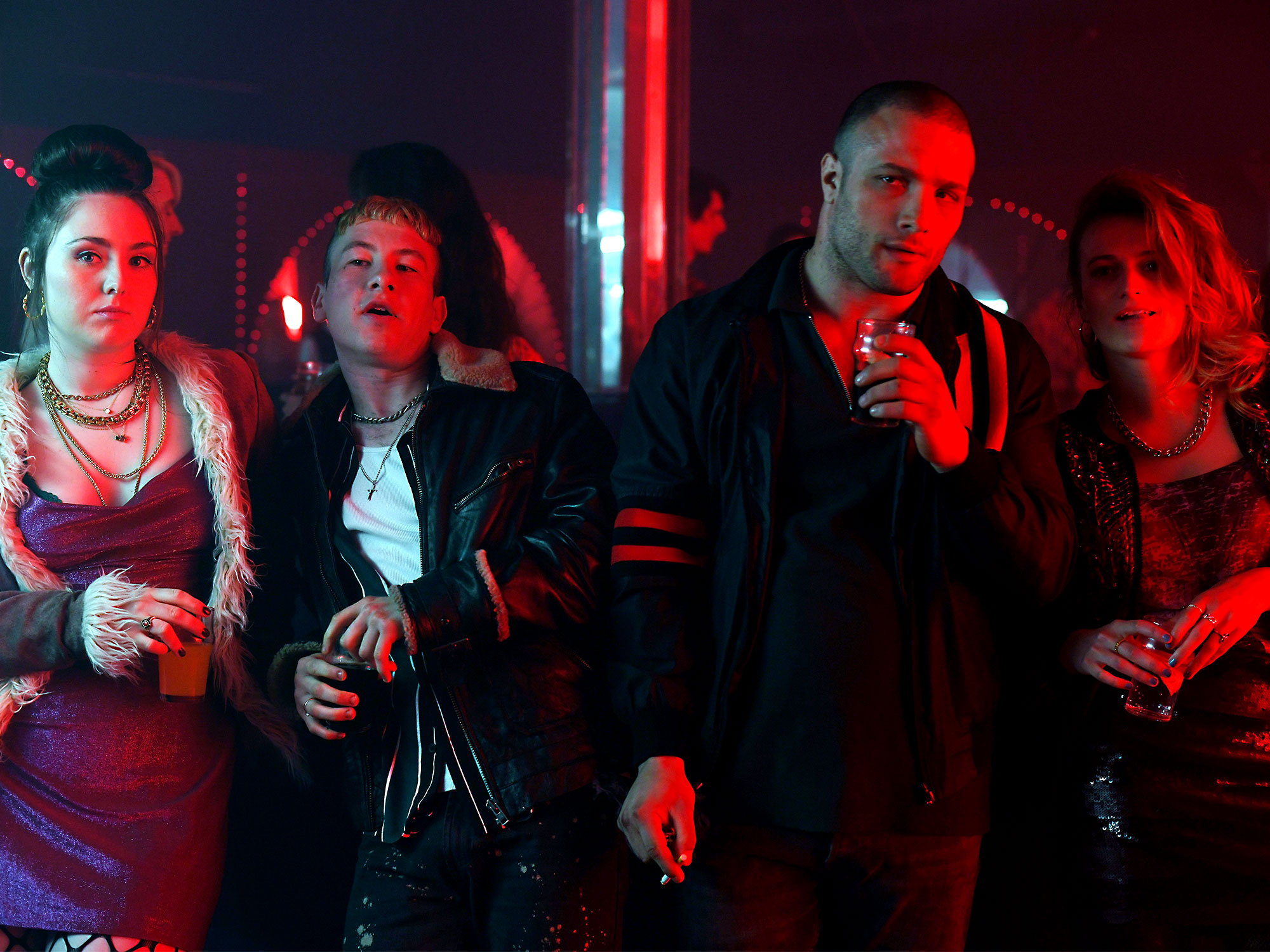 Right out the gate, it’s worth drawing attention to the performance delivered by Niamh Algar in this at times wistful, at others aggressively morose Irish crime drama from feature debutant Nick Rowland.

Her character, Ursula, sits on the periphery of a common set of circumstances. She is a lone woman trapped in a world of vile, savage men for whom antiquated notions of pride and honour result in an endless spiral of graphic beatings and operatic slayings. She works at a stable where horses are ridden for therapeutic purposes, and the healing power of these noble beasts seems to work on slow-witted lunk Arm (Cosmo Jarvis) and the learning disabled son he has with Ursula (the pair are friendly but no longer an item).

We watch as Arm traverses these two worlds: one in which he is a monosyllabic goon for the law-flouting Denvers clan, under the wing of Barry Keoghan’s wheedling, drug-pushing lieutenant, Dympna; and another, where Ursula can quickly induce a sense of serenity and hope in his pitiless life. Jarvis’ colossal frame, as the ex prizefighter gone to seed, strikes fear in the hearts of those he’s about to hobble with his giant meat hooks, but Algar plays Ursula as a woman no longer able to experience fear.

She is a paragon of hardiness, yet never once opts for violence – physical or rhetorical – as a mode of expression. So often in films such as this, women play the stricken damsel, or the extraneous arm candy, and through her tough, empathetic performance, Algar brings something unique and ethereal to the table. The lyrical qualities of her scenes with Jarvis, in the end, serve to emphasise some of the film’s more hackneyed elements, such as a central plot mechanism ripped directly from the Coen brothers’ Miller’s Crossing.

In fact, all the material involving the Denvers and their wicked brood feels half-cocked or ineffectual, even when some of screenwriter Joseph Murtagh’s salty dialogue does manage to raise a wry titter. The film laments the vortex-like nature of criminal endeavour, and suggests that once you’re in, there’s only one way out – violent death. A moral struggle ensues and Arm begins to comprehend that his paymasters perhaps don’t have his best interests at heart, particularly when they ply him with Class As in order to convince him to commit ever more heinous acts against their unwitting enemies.

It’s the aspects that are usually dutiful scene-setting and context building that are the most effective here: a lengthy, adult conversation in a diner about future plans; or a strange stand-off between Arm and a kindly dowager who is being ripped-off by would-be suave Denvers’ patriarch, Hector (David Wilmot). Visually, Rowland and cinematographer Piers McGrail couch the seamy proceedings in a backdrop of semi-squalor, all tumbledown terraces, unlovely scrubland and some kind of disused industrial plant as the boss’s lair.

It’s the performances, though, which shine brightest, notably Jarvis, whose crumpled, mumbled turn channels the Methody likes of James Dean and Marlon Brando, and Algar, who will surely be troubling awards podiums in the not-too-distant future.