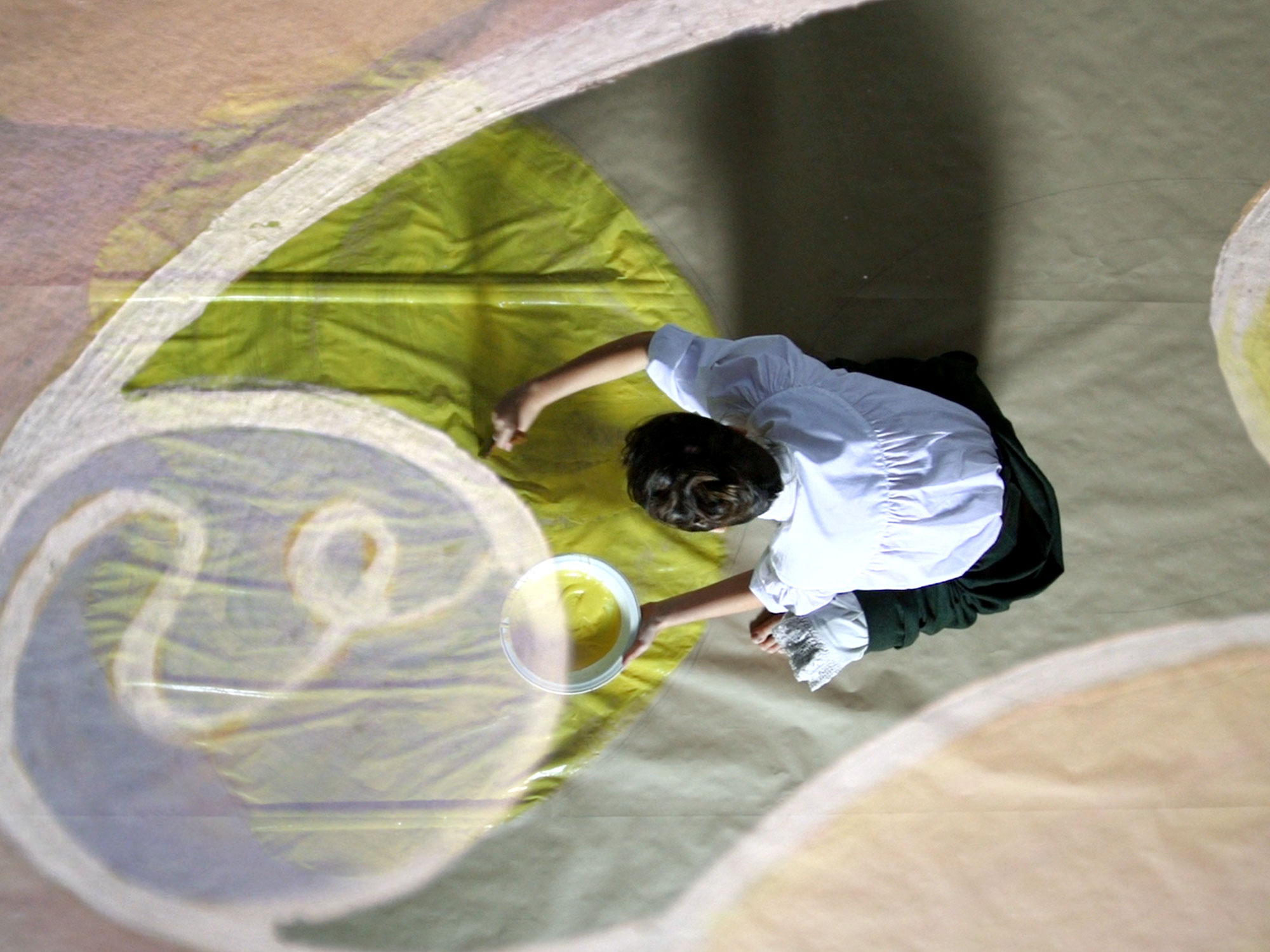 When I first saw the title for Halina Dyrschka’s superb artworld documentary Beyond the Visible: Hilma af Klint, I thought that “Hilma af Klint” was a Scandinavian translation of the title’s English-language version. That mistake is the reason why this film has been made, because Hilma af Klint was, in fact, one of the key proponents of abstract art in the West and may have been one of the first working abstract artists, beating current belt-holder Wassily Kandinsky to the punch by some two decades.

An aversion to self promotion, plus a dedication to the monastic, frugal, intently-focused life of a career painter in the Swedish island village of Munsö, meant that the act of excluding af Klint from the canon of modern art was a fairly easy one, even though the breadcrumb trail of her existence remained clear to anyone wanting to follow it.

The film’s various talking heads – historians, gallerists, novelists, journalists – convincingly frame af Klint as the victim of an avaricious creative domain that has been choked with male talent at the expense of women breaking through to stardom. And it’s an issue that still exists today. One thing that is notable about this conventionally-constructed documentary is that many of those offering their two cents seem visibly angered about af Klint’s erasure.

And yet Dyrschka’s film is no simple corrective, opting instead for a celebration of the work on its own terms and a telling af Klint’s story outside of the deafening echo chamber of official history. Her work often combined simple shapes and bold colour schemes, but always seemed to retain a certain earthiness and connection to the natural world, whether that’s through the use of spiral shell patterns, or plant-like tendrils, or often flower petal formations.

Alongside the images, the film takes great pains to try to understand and respect her personal philosophy. The term “respect” is key because she was a spiritualist and theosophist and it’s thought that her adherence to these modes of thinking may have been one of the reasons she was not taken seriously (despite the fact that many male contemporaries believed in things that were just as wayward). When she sought guidance and encouragement from one of Europe’s most prominent spiritualists, Rudolph Steiner, he dismissed her abstract work entirely, causing her to go on enforced hiatus.

It goes without saying that, knowing an artist’s intentions behind a work, or perhaps being made aware of the headspace they were in while creating it, helps to unlock, or at least clarify its meaning. Yet with af Klint, her paintings, portraits and sketches were all illustrations of her thoughts, feelings and theories about the world, about physics, and the possibility of a place beyond existence. It’s not that her life lacked drama, it’s more that she appeared to reject it in the search of more fulfilling intellectual pursuits.

The film sells her as a lost master, but still no one is buying, as that would involve the hallowed institutions of the artworld having to admit they were wrong, and that major retrospective exhibitions from the past were presenting a purposefully maligned version of history. Hopefully this film helps to cement af Klint’s reputation as a lynchpin of the expressionist art movement.