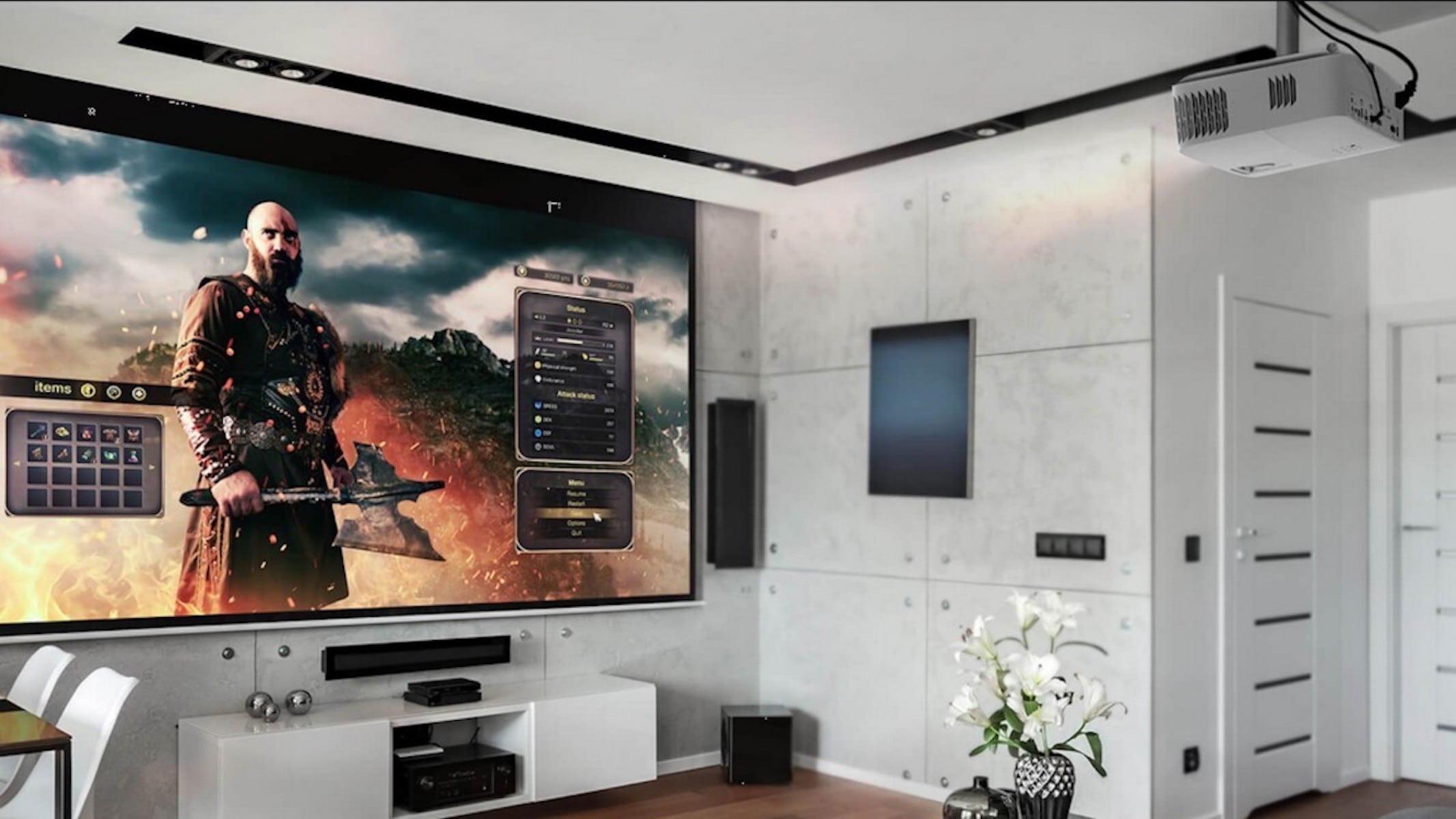 If there’s one gadget that’s on par with the massive OLED and QLED TVs out there, it’s got to be the projector. Projectors come in various sizes, and some are even portable. In fact, when it comes to precision, some of the latest releases like Samsung The Premiere even boast triple laser technology.

You also have options like the Lightform LF2 LED Projector, which uses AR technology. For more innovative projectors that can truly transform your living room into a mini-movie theater, check out today’s blog on the best-performing projectors. Home entertainment 2.0 starts now.

When you can’t go to the movies, you can always bring them home, especially when you have the Samsung The Premiere 4K Projector. Thanks to its triple laser technology, this luxury gadget will give you 4K laser-powered resolution. 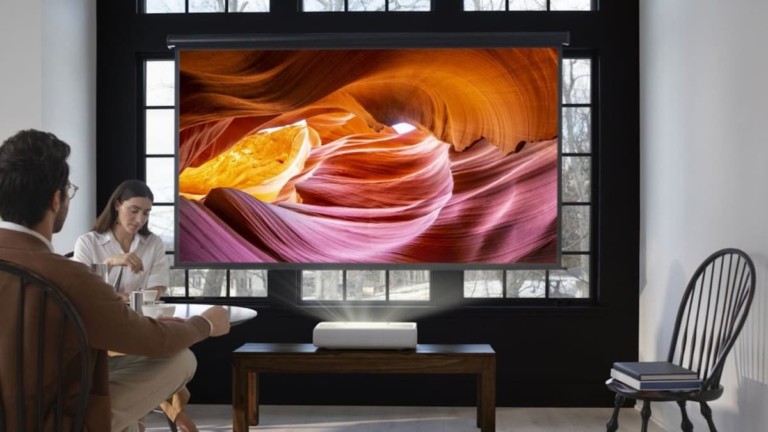 Samsung The Premiere 4K Projector in Front of a Window 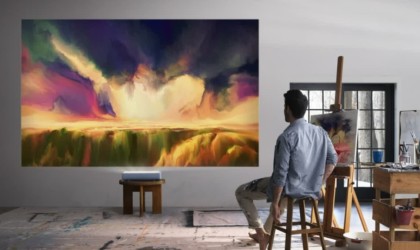 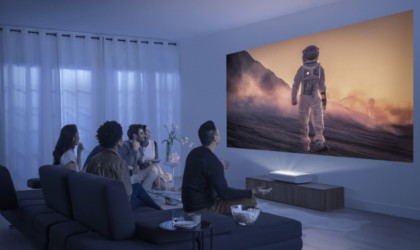 You’ll be able to design adaptive visuals anywhere with the Lightform LF2 LED Projector. This compact projector lets you add lights and other scenery effects with AR technology.

Another of the best-performing projectors out there is the Optoma UHD50X 240 Hz Projector. This device can give you a display that’s as large as 302.4 inches or as small as 34.1 inches. It’s a great way to watch your favorite series and is excellent for gaming. 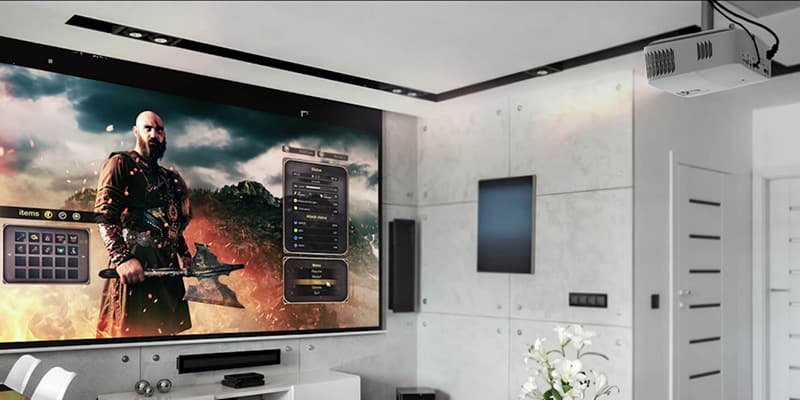 Enjoy a screen that’s up to 100 inches, or as small as 25 inches in size with the LG CineBeam PH30N LED Projector. Highly portable, this HD projector has a built-in battery that can last for two full hours before it needs a recharge. 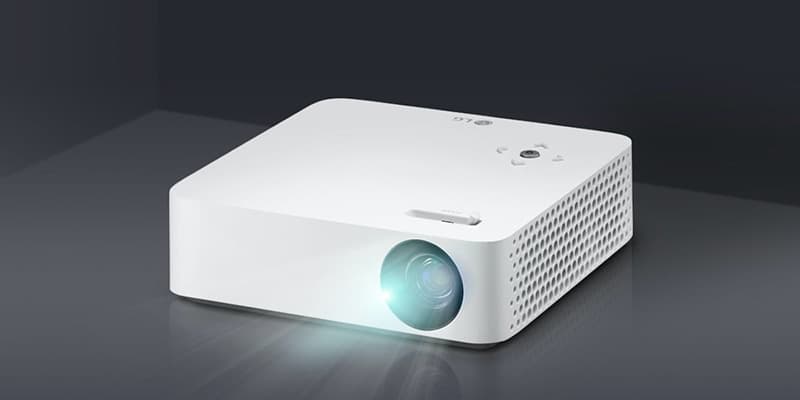 Another impressive item on our list of best-performing projectors is the Fujifilm FP-Z5000 Short-Throw Projector. This device will let you project movies on any wall and even the ceiling. Its 360-degree rotating lens gives you that flexibility. 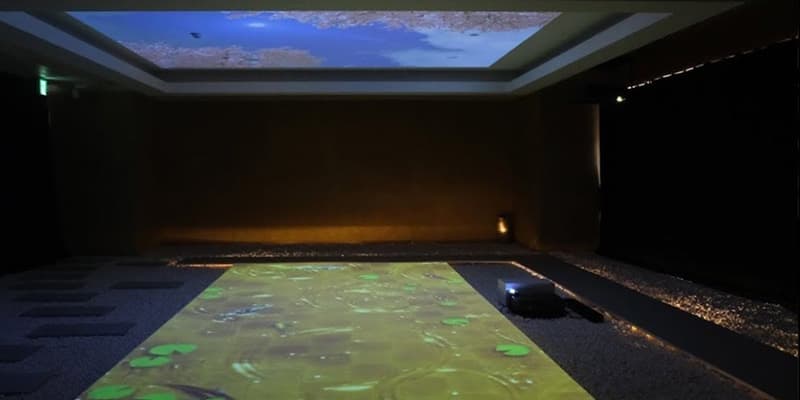 The Philips PicoPix Max Full HD Projector lets you have that movie-theater experience wherever you are. This mobile projector has three hours of battery life and provides Full HD quality so that you can catch every detail.

You’ll get clear images, even in a brightly lit room, with the BenQ TK850 4K Home Theater Projector, another great item on our list of best-performing projectors. So yes, you can project that Sunday afternoon football game in your living room. This projector also displays videos in 4K UHD. 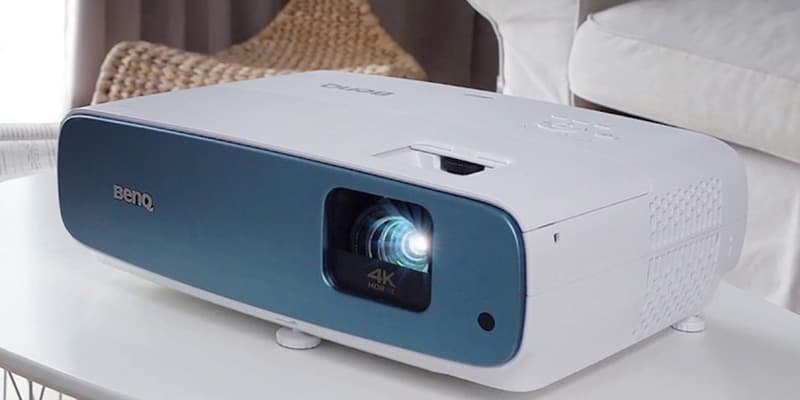 Set up a theater system right at home with the LG HU85LA CineBeam Smart Laser Projector. This portable projector easily goes from your bedroom to the living room and is also excellent for when you’re out and about. Wherever you set it up, this 4K UHD display will give you a high-quality picture. 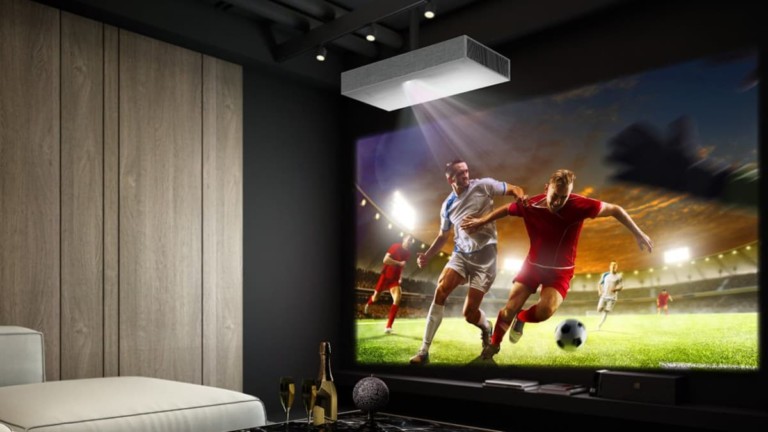 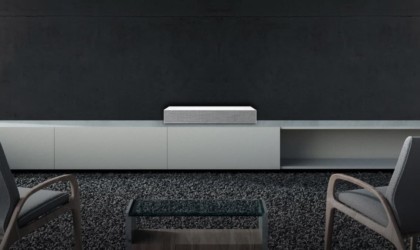 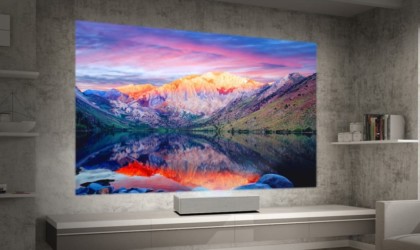 The Philips PicoPix Smart Pocket Projector makes it easy to see your content wherever you want. An Android-powered device, this mobile projector combines LED technology and SmartEngle System to project bright, colorful images easily from your device. 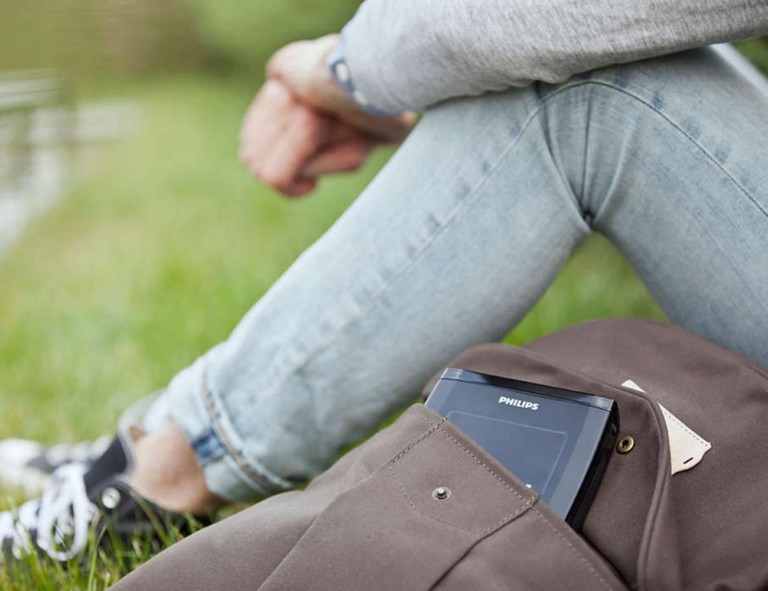 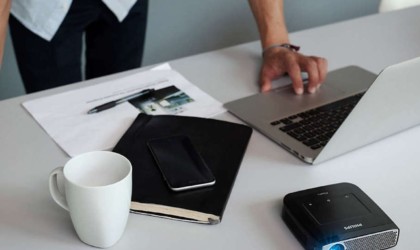 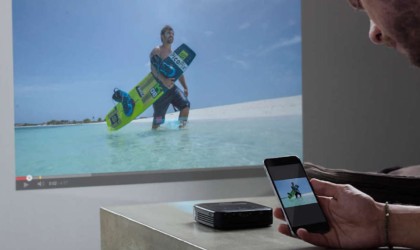 You won’t have to worry about your eyes with another of our best-performing projectors, the Laser Beam Pro Eye-Safe Laser Projector. Safe for your eyes, this gadget displays a high-definition screen up to 150-inches in size. It also works on pretty much any surface and is excellent for use whether you’re at home or traveling. 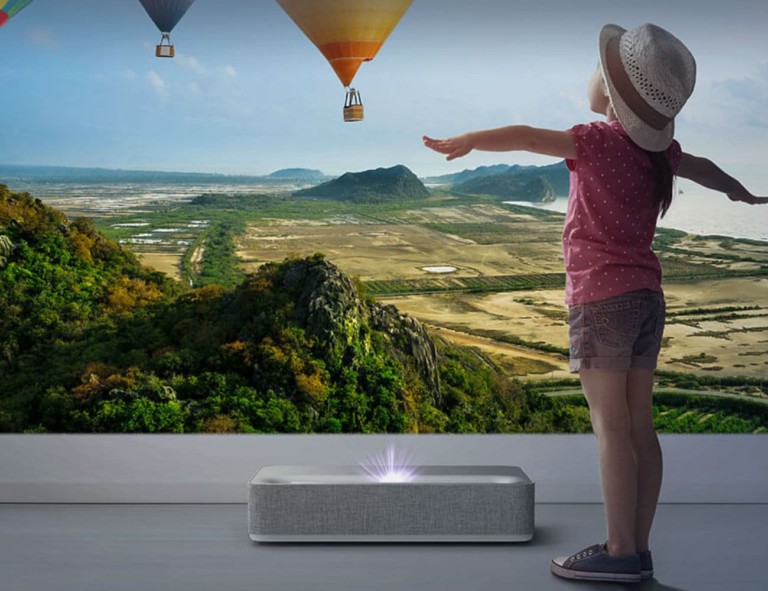 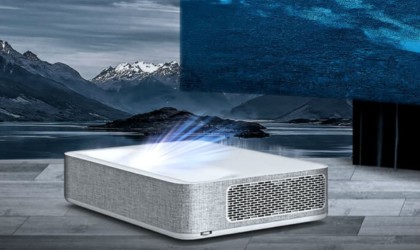 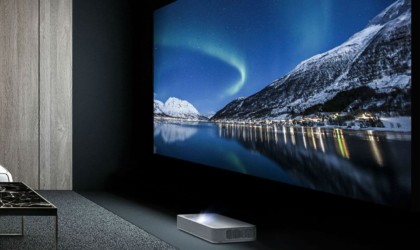 You’ll be able to turn any space into a cinema with the Docoy HD Portable Projector, another of our best-performing projectors. This compact projector gives you large screen options along with incredible sound. There are even screen mirroring outputs so that you can project a large-screen view your iOS or Android device. 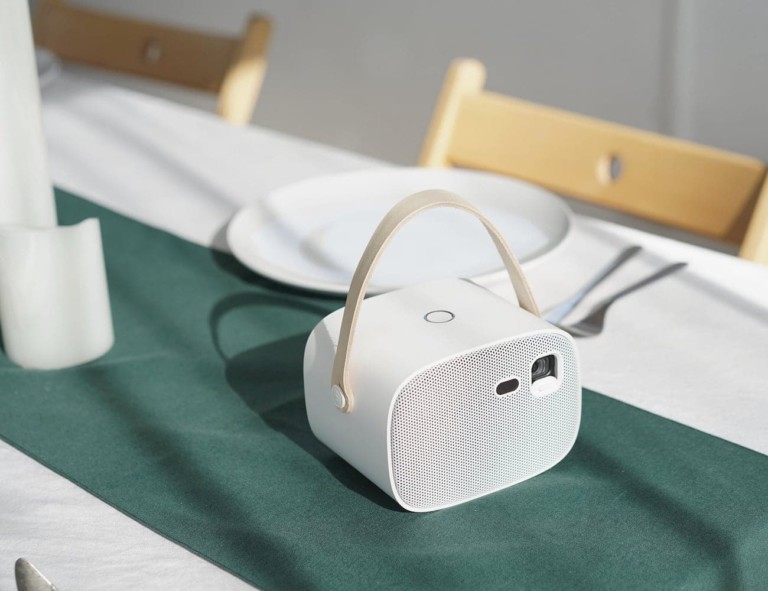 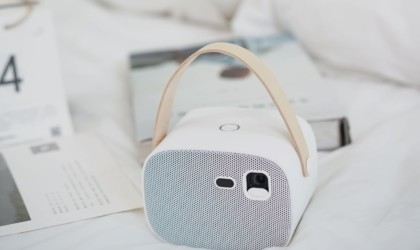 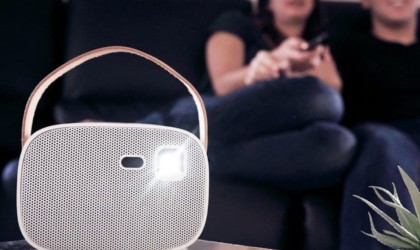 Your movies will never be the same when you have the LG HU80KA 150-INCH 4K Projector. This gadget projects 2,500 lumens, and you can hang it on a ceiling, mount it to the wall, or position it on the floor. It even comes with two 7-watt speakers, or you can connect your own using an HDMI, optical, or Bluetooth connection. 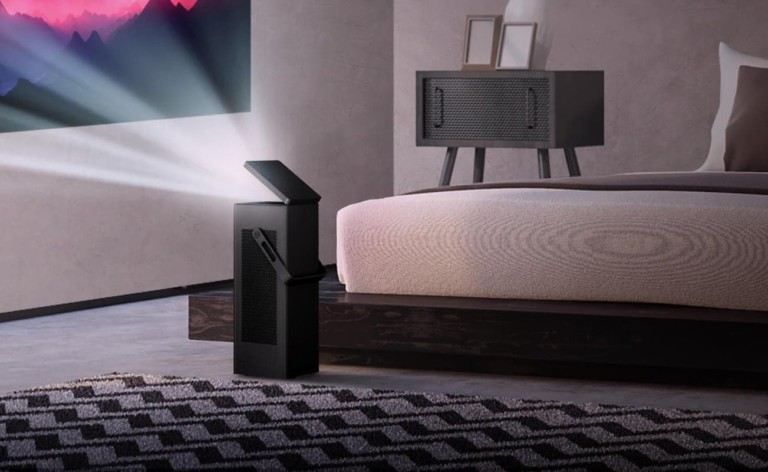 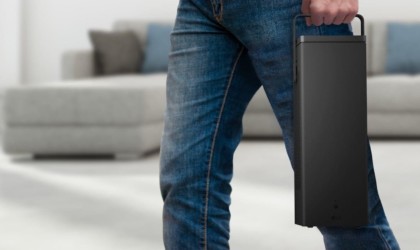 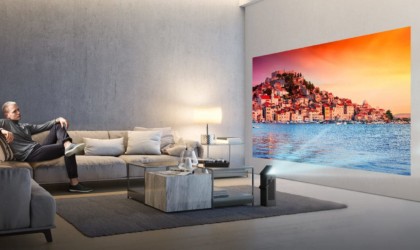 Watch movies in any light with the Sony 4K Ultra Short Throw Laser Projector. This is one of our best-performing projectors that uses advanced SXRD projection technology. It gives you a display that measures 120 inches across. Also, the Glass Sound Speakers provide rich audio by bouncing sound off the wall. 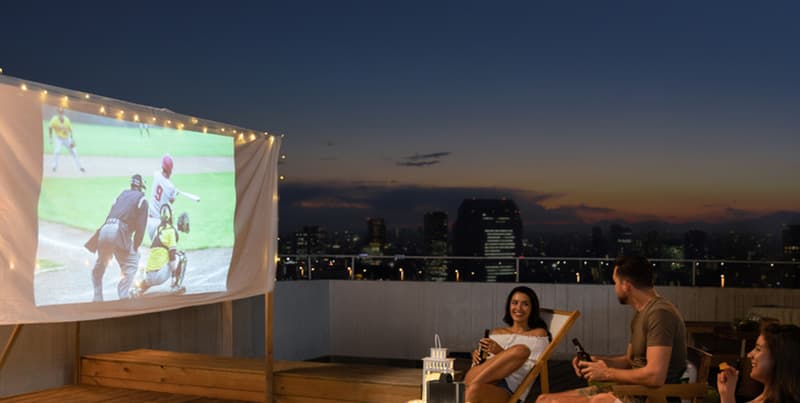 So, are you ready to take your home entertainment to the next level with any of these best-performing projectors? For me, the Samsung The Premiere 4K Projector looks oh so tempting. Let us know which ones you’re going for in the comments.

Want more tech news, reviews, and guides from Gadget Flow? Follow us on Google News, Feedly, and Flipboard. If you’re using Flipboard, you should definitely check out our Curated Stories. We publish three new stories every day, so make sure to follow us to stay updated!