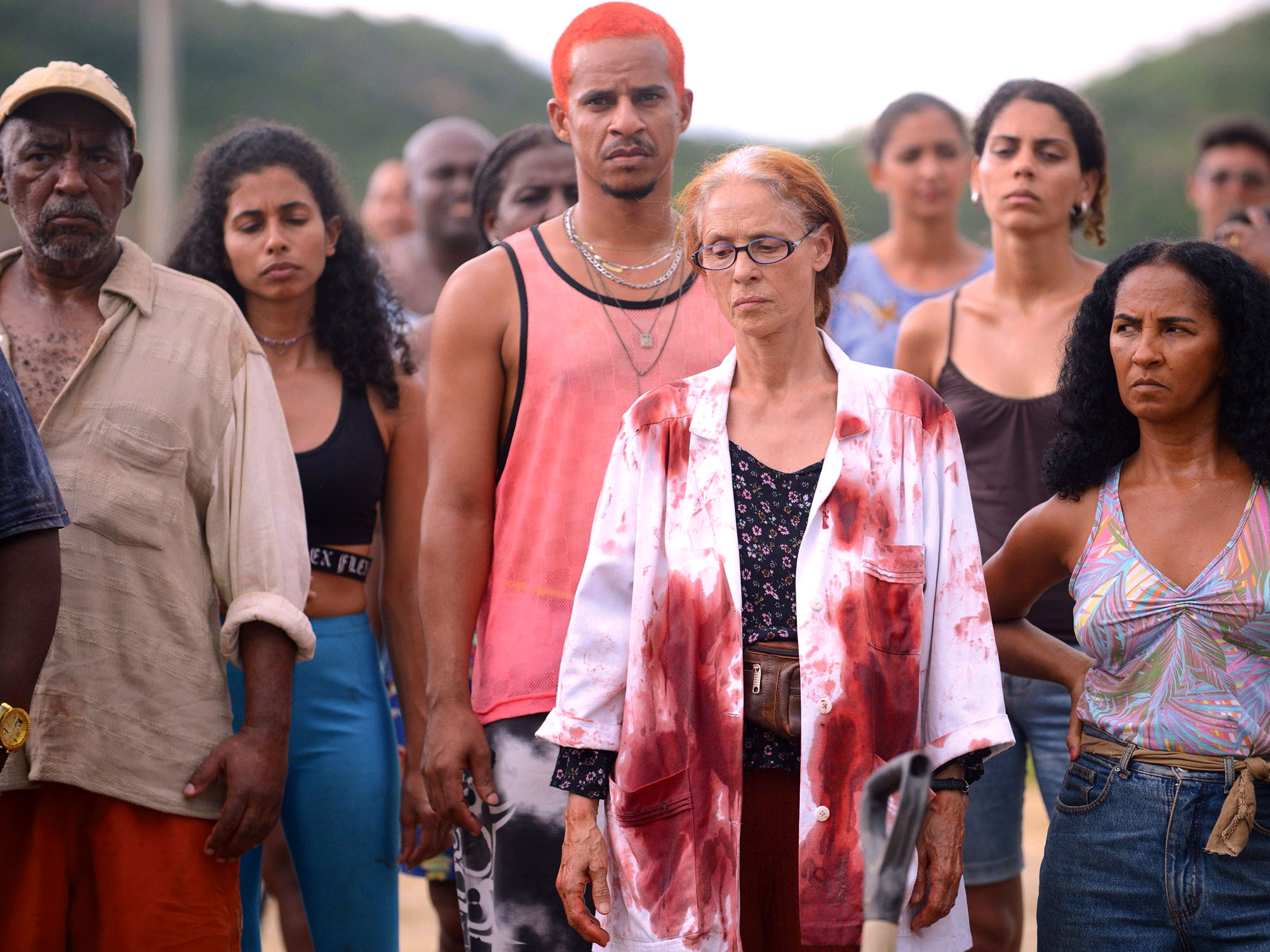 Up until very recently, on the rare occasion a Brazilian film became popular outside of the country, it seemed to cater to a specific type of first-world fantasy – often one of Brazil as a hypersexualised free-for-all land where people gun each other down mercilessly. A type of dehumanising content most foreign viewers could happily distance themselves from. With Kléber Mendonça Filho and Juliano Dornelles’ Bacurau, that is no longer the case.

Set in a semi-distant future, in a small city in the middle of the Northeast called Bacurau, the film begins with the death of Dona Carmelita, a spiritual matriarch. As the city grieves, a nefarious plan is slowly coming to fruition – it starts with the city suddenly disappearing off Google Maps.

Then the already scarce water supply is sabotaged, followed by complete internet outage. The culprits, we discover, are Americans, looking to fulfil a man-hunt fantasy, enabled by the town’s corrupt mayor and two Brazilians from Southern cities. However, things do not go according to plan. Cue the bloodshed.

Much of Bacurau’s narrative might appear to follow that of a standard revenge fantasy flick. But, to reduce the film a simple expression of horrific violence to this would be to underestimate its complexity. The film is, with all its tropes and triumphs, an intricate portrait of Brazilian society and all the contradictions that exist within it.

Explicit and bloody retributive justice from a community that has been wronged by just about every authority there is appears to drive the plot, but thrumming just below the surface is a central theme: arrogance.

It is arrogance that made the pair of Brazilians from São Paulo and Rio consider themselves, in their own perceived “European-ness”, better than the inhabitants of a tiny town in the rural Northwest. It is arrogance that brought the English-speaking hunters to Bacurau, that made them believe that advanced technology entitled them to murder, and that stopped them from going into the city’s small museum (despite many an invitation by the citizens) and seeing the battling heritage and arsenal kept within its walls.

So much of Bacurau combines a sense of surrealism with icons familiar to most Brazilians – the old man teasingly composing a song as he wanders along, the glaring inequality, the sense of community that comes from collective survival. Our culture is many cultures at once, and Mendonça Filho and Dornelles succeed in capturing several of them, between fake UFOs, poetry and hallucinogenic drugs.

This sense of “familiarity” is perfectly embodied in Silvero Pereira’s character Lunga who, in all his androgyny and bloodlust, is a direct reference to the Northeastern cangaceiros – 19th century bandits (or heroes, depending on who you ask), who were decapitated by the police and whose heads were left to publicly decompose at the stairs of the prefecture for days.

The photos of the cangaceiros’ dead bodies were printed in the papers with much pride back in 1938. In 2020-something, Lunga is now the one wielding a machete.