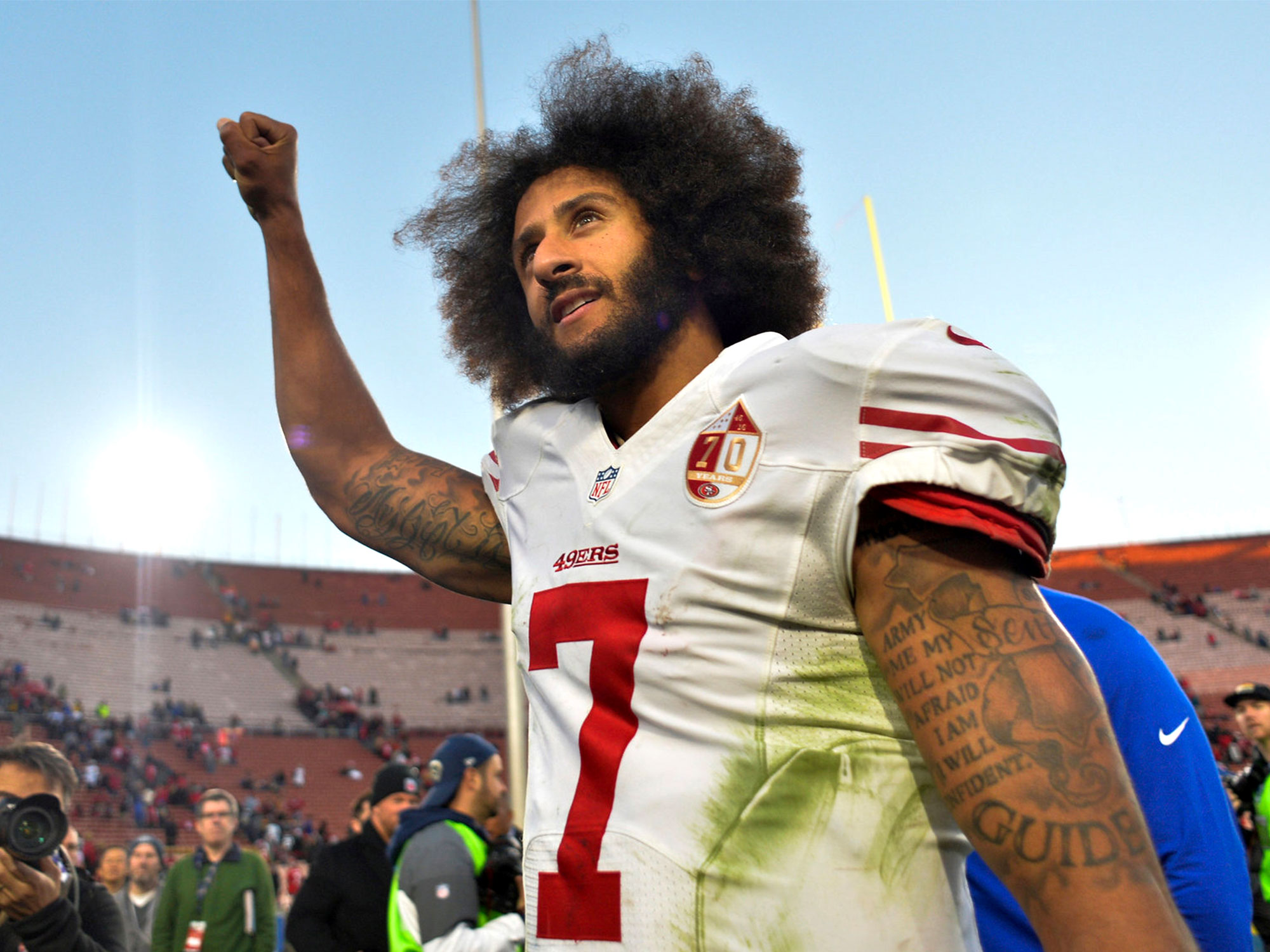 America has been swept by a newfound passion for social justice, with monuments to slaveowners being torn down by the dozen as sitcom episodes featuring blackface vanish from streaming services. The rising tide of racial equality has lifted many boats, including that of Ava DuVernay, who announced today that she’ll soon begin work on a project about one of this movement’s central figures.

Netflix has issued a press release stating that DuVernay will collaborate with Colin Kaepernick on a new miniseries titled Colin in Black & White, chronicling the younger years of the football star turned Black Lives Matter activist. DuVernay will produce the series alongside writer Michael Starrbury, the pair having last worked together on the Netflix miniseries When They See Us.

Colin in Black & White will take audiences through a formative period in Kaep’s life, when he was just a Black teenager with white adoptive parents, figuring out how to navigate high school and honing his football skills as a quarterback. The challenges he faces – no small measure of discrimination, undoubtedly – and how he responds to them will foreshadow his future feats in sport and humanitarianism.

Kaepernick himself will narrate the scripted series’ six episodes, but will not appear onscreen, played instead by a younger actor still to be cast. The tone the series will take is difficult to surmise; DuVernay intends to tackle difficult matters of iniquity and prejudice, as the story demands, and yet the high school milieu and the inspirational bent of Kaepernick’s success suggest a need for lightness.

This isn’t the first time Netflix has mythologized the origin story of a Black icon, having previously imagined the college days of Barack Obama with the feature film Barry in 2016. Like that film, DuVernay and Kaepernick’s series will have to execute a difficult balancing act between awareness of the great future that awaits its subject without lapsing into Dewey Cox-style biopic hackery.

The post Ava DuVernay and Colin Kaepernick are working on a series about his younger years appeared first on Little White Lies.