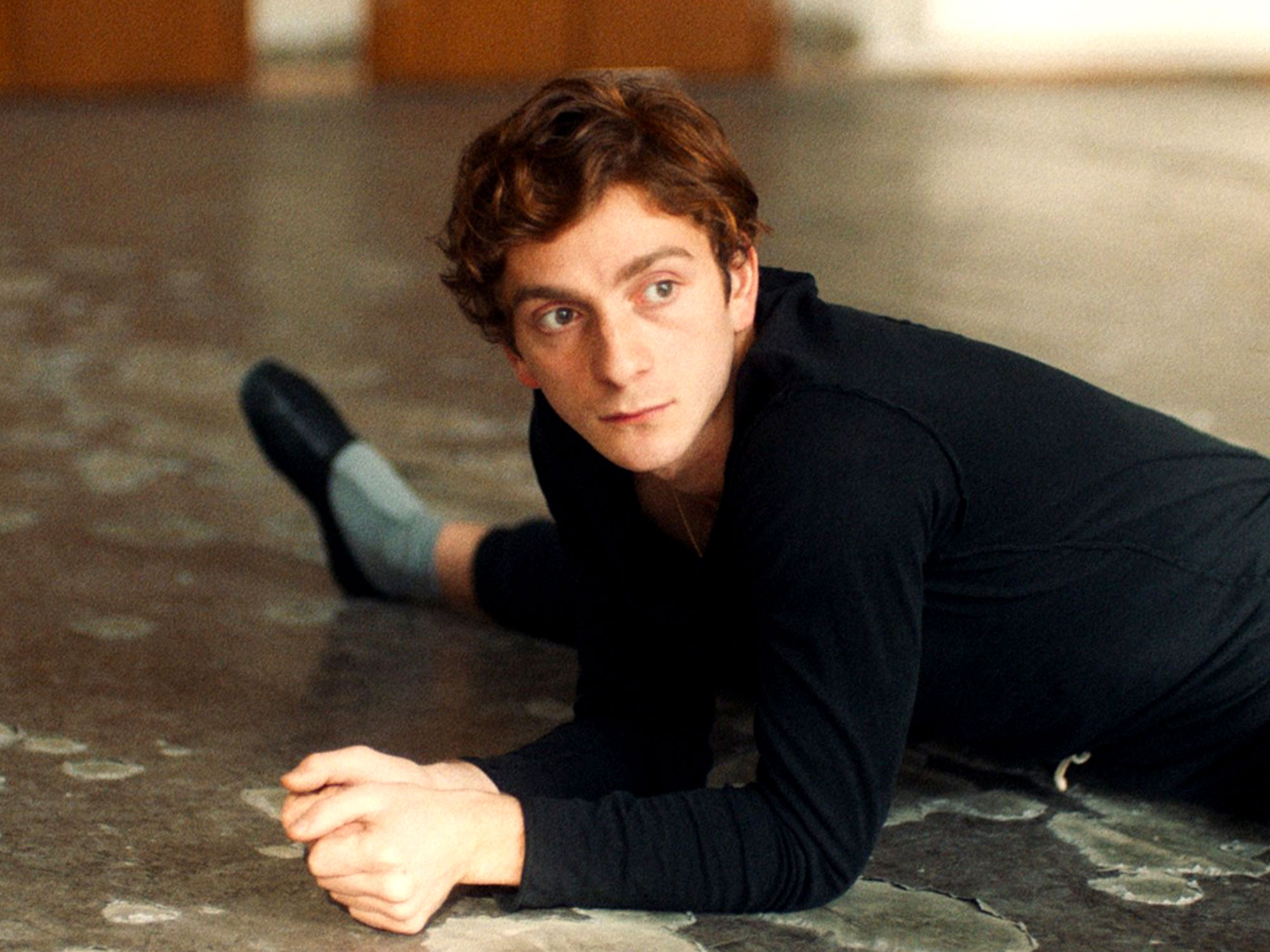 Spinning in dizzying circles of desire, Merab (Levan Gelbakhiani) repeatedly stumbles as he tries to land on his feet. The physically demanding steps of Georgian dance consume his every thought; it is only when the mesmerising Irakli (Bachi Valishvili) steps onto the dance floor that Merab snaps out of his daze. The two are opposites who slot together effortlessly; Merab’s sharp features complement Irakli’s broader shoulders as they orbit each other in a rigid dance of repressed longing.

Levan Akin’s exquisite film follows Merab’s determination to be in the National Georgian Ensemble but with Irakli as a rival, choosing between his head and heart is a form of choreography Merab has not encountered before. Simmering sexual tension brews as the two dancers’ bodies grow closer. From the gracefulness of soaring limbs to the sharpness of his turns, Merab’s movements are his own language of yearning.

Akin makes no reservations in acknowledging the homophobia present in Georgia and the nuances of Georgian cultural identity. The incongruous nature of Merab’s placement in Tbilisi alongside ultra-conservative values makes LGBT+ visibility all the more essential. Murmurs of deplorable consequences faced by a gay dancer, previously in the ensemble establishes the risk Merab faces. With every flourishing moment of intimacy between Merab and Irakli comes the fear of being caught.

Merab overexerts himself while attempting to obey his instructor who demands his body must, “be like a nail.” Any expression of softness is reprimanded, for Georgian dance is “based on masculinity.” The young man has learnt to move across these floors with straight muscles and a conservative veil concealing his truth. Still, defiance swells within him to resist traditional choreography. Conformity promises Merab a future at the cost of reburying a part of himself he only just unearthed.

Levan Gelbakhiani conducts his ballet-trained body with both fragility and fierceness; he is nothing short of a marvel, proven in one lustrous scene soundtracked to Robyn’s ‘Honey’. Crooning lyrics accompany Merab’s hypnotic movements, with a papakha (a wool wig-like hat, traditionally used by shepherds) adorning his curls and his body draped in a blanket of golden light, he performs for Irakli’s eyes only. Blowing a cloud of cigarette smoke, his desires are revealed by the slightest of smiles. Transitioning seamlessly from sequences of fast-paced dance to glorious tracking shots lasting minutes, Akin masterfully handles every moment with unwavering care.

And Then We Danced is revolutionary, not only for its willingness to feature a gay sex scene in an environment where the very notion of LGBT+ existence is condemned, but also for the essential message weaved into every frame. Central is Gelbakhiani’s Merab learning to love himself against the divisive backdrop of Georgian culture. Akin exposes just how beautiful a reclamation of tradition can be.

This film is a precious feat embellished with a daringly courageous and pensive reflection of Georgian identity. The heart of And Then We Danced beats to the rhythm of its own drum and its echoing pulse is felt long after the credits roll.

The post And Then We Danced appeared first on Little White Lies.