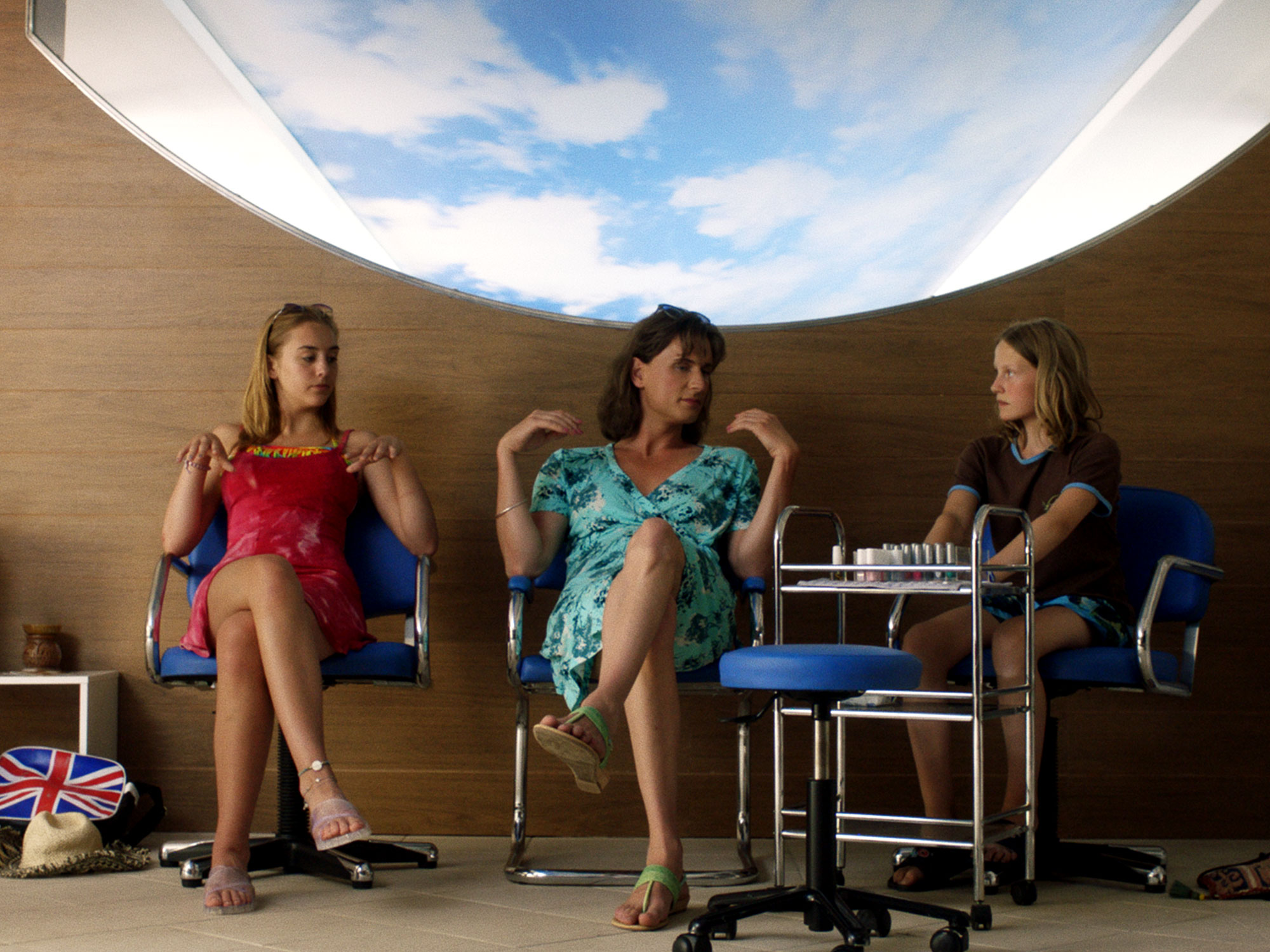 There’s no such thing as A Perfectly Normal Family. Yet everyone in Malou Reymann’s feature debut believes there is. Grandad thinks if he persists in deadnaming and misgendering his daughter-in-law, she’ll stop correcting him. Daughter Emma (Kaya Toft Lohalt) tries tying a scarf around her head to stop her parent wearing feminine clothing.

Everyone lives in denial, and even when on the surface they start to accept things as they are, they never try to understand. Empathy rests with them, the cis family members, while the transitioning character is largely ignored and pushed into the sidelines.

Reymann approaches her subject with good intentions – her own parent, who she still calls her ‘father’ despite being a woman, transitioned when she was a child. She indulges in her own perspective through Emma, empathising with her mother for divorcing her partner and the friends who mock her more than the people who just accept her as a woman.

We see Agnete through her eyes, explaining why cis male actor Mikkel Boe Følsgaard was cast, because Emma never stops seeing her as her ‘dad’ in women’s clothing. By aligning our gaze with Emma, Reymann creates a potentially dangerous perspective wherein we are never allowed to see Agnete as the woman she is.

The film isn’t committed to a gender binary. Emma is described as a ‘football girl’ by Agnete from the first bit of home footage, a device used throughout the film to cling on to the past rather than letting go of Agnete’s years of dysphoria. Reymann insists that you can be masculine or feminine without changing sex, which in A Perfectly Normal Family is presented as binary.

When trans* people continue to face horrendous abuse, films like this can be actively dangerous in questioning their identities. After all, Reymann never extends that scrutiny to the cis characters in the film.